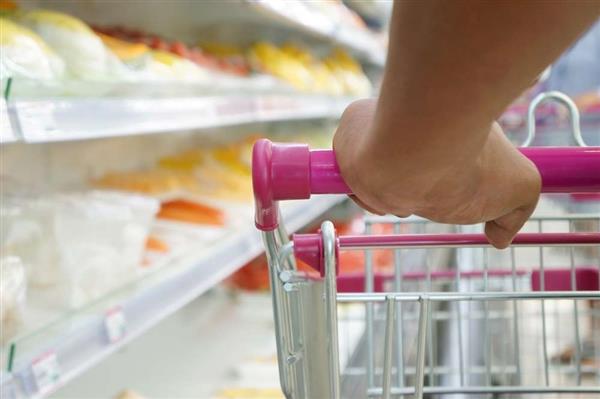 CPGs are increasingly turning to digital, mobile and social platforms for brand awareness and audience engagement. Emarketer pointed out that although CPG ad buying is small on digital channels, it’s heavily focused on branding efforts. Digital ad spending by the CPG and consumer products industry is forecast to be 8.5 percent or $4.88 billion in 2015 and 8.7 percent or $5.64 billion in 2016, according to eMarketer’s May 2014 “Digital Ad Spending Benchmarks by Industry: The Complete EMarketer Series.”

The campaign featured an exclusive green bean casserole recipe made just for Del Monte. Ads ran on Popsugar pages related to Thanksgiving when someone scrolled over a work in the article and recipes or tips would appear and click through to a custom content hub created on Popsugar, according to MediaPost.

“Our green bean casserole just doesn’t call for Del Monte green beans, but it also calls for French’s fried onion rings and Campbell’s mushroom soup,” Virginia Moon, associate brand manager at Del Monte, told the MediaPost. “It worked out well. We would do it again.”

The content marketing campaign also included data-driven stories that allowed consumers to rate green bean casserole. The ratings resulted in the debut of the Del Monte Green Bean Index, which ranked the top 25 states in the U.S. with the highest concentration of green bean casserole lovers, according to Vibrant Media.

Oscar Meyer representatives told their agency i360i they wanted consumers to know that turkey bacon is made in the same way as pork bacon, according to Marketing News. So they built a awareness campaign about why Oscar Meyer, which is known for pork bacon, should also be known for its turkey bacon.

“In the digital space, anything to do with bacon is being talked about a lot. We wanted to draft off of that fervor for bacon, but in order to do that, the ideas have to be so sharp and so much better than what users are generating on their own,” said Tom Bick, senior director of integrated marketing and advertising at Oscar Meyer, to Marketing News.

Oscar Meyer launched Unsungbacon.com and a YouTube video of the same name — asking people to “stand up for unsung bacon everywhere” and to follow Michael Bacon on Twitter so he can be the most followed in his family, which was promoted using the #unsungbacon hashtag.

Michael Bacon, an Emmy-winning composer for film and television, is the brother of actor Kevin Bacon. They play together in their band called The Bacon Brothers. Michael Bacon wrote all the music for Unsung Bacon campaign, according to Marketing News.

“That’s why we’re helping Michael Bacon show the world that when you’re born into a great bacon family, bacon greatness is born into you,” according to UnsungBacon.com.

“From a brand and equity standpoint, it was definitely a win,” Bick told Marketing News. He said they stemmed the sales decline, but didn’t release sales results or the budget for the campaign, Marketing News reported.

Imagine one interactive scene made up of many elaborate animated GIFs. That’s the approach to digital storytelling in the Mountain Dew’s Living Portraits effort.

The living portraits campaign profiled Dew’s top athletes such as Dale Earnhardt Jr. It included three TV spots by BBDO and Psyop. There was an interactive layer — a collage of animated GIFs — to the videos. Firstborn created the website, which consisted of 30-40 animated GIFs that were synced and repeated simultaneously, according to Think With Google. Within those loops, there were Easter eggs for fans to find that the Firstborn website says “delve deeper into the worlds of the Dew All-Stars”. The interactive campaign won a 2014 National ADDY Award the category of Digital Advertising, Websites, Consumer.

Lowe’s stop-motion videos on Vine maximizes usefulness in the form of how-two tips in the six-second digital shorts. The videos were shot with an iPhone, tap by tap, and there was no editing, so if a mistake was made, they had to start all over again, according to BBDO New York’s website

“By targeting the individuals we deemed most likely to benefit from (and enjoy) our six-second tips, we seeded the Vine videos into the Twitter community in a way that felt less like advertising, and more like sharing interesting content. And based on the audience’s response, that’s exactly how it was interpreted,” says BBDO New York on its website. “Instead of forcing people to view an ad, we gave them something they wanted.”

Users send a digital note to a loved one and seal it with a kiss from their own lips, choose a Burberry lipstick color, and watch the kissed letter’s journey to the recipient via Google Earth, Maps and Street View, according to Think With Google and the Collaborative Services blog. It was facilitated with the #burberrykisses hashtag. The campaign worked across desktops, tablets and smartphones. It was built to live on Burberry.com, but was tailored for use across tablets and smartphones.

“Drew Ungvarsky, Grow’s executive creative director, believes it was the campaign’s play on old and new ideas that helped bring Burberry Kisses to life,” according to Think With Google. “Taking a universal theme and giving it a tech touch is what Drew believes makes Kisses unique.”

Google’s Art, Copy & Code: Behind the Burberry Kisses Creative
by GoogleBusiness via YouTube

The challenge with the campaign was technology to capture the kiss on mobile or tablets, according to Think With Google. The Lightbox ad format, which expand when a user hovers over them for 2 seconds, helped deliver engaging ads. Burberry’s campaign won the 2014 National ADDY Award for Digital Advertising, Campaign.

Key takeaways from the ongoing campaign: Establish media can do new things; know the killer feature and build the sell around it; personalize throughout the experience; put designers and coders in the same space, according to Art Copy & Code.

A Trans Non-binary Journey In The Corporate Sector

Interactive Marketing: Examples of Companies That Are Using It Successfully

Discover How SEO Title Generators Can Improve Your Blog Readership