Disrupting the Conversation: 5 Marketing Tips for CMOs from Jason Miller

Last month Sylvia Ng, VP of Growth and Analytics at Rock Content, sat down with Jason Miller at the 2015 Digital Media Summit in Toronto.

Jason Miller describes himself as a “tech blogger and social media strategist by day, and a rock ‘n’ roll photographer by night.” He is also the author of the #1 Amazon Best Selling Book, Welcome to the Funnel, was named one of the world’s top 40 social marketing talents by Forbes, is a contributing author at several top marketing blogs, and is currently the Senior Content Marketing Manager at LinkedIn. At the Summit, Miller delivered the keynote presentation entitled “How to Achieve Face-Melting Content Marketing ROI.”

Sylvia caught up with Miller to discuss thought leadership, disrupting the conversation, and why KISS translates into the ultimate content marketing metaphor. Below we’ve compiled highlights from the interview into actionable marketing tips and advice, as well as colourful commentary on the current content marketing landscape.

What is your advice for marketing leaders doing content marketing?

“What I’ve learned over the past four years,” explains Miller, “is there’s a real opportunity for thought leadership in marketing, right? So, the way I look at it is if you don’t differentiate your service or your brands with thought leadership, then you’re simply competing on price alone. And then what happens there is the lowest bidder wins.”

“You have to stand for something. I used this kind of punk rock analogy where it’s like the Sex Pistols and the Clash are two of the biggest punk rock bands of all time. The Sex Pistols came out with their own record and they disintegrated. They crumbled in on themselves if you will. the Clash, on the other hand, became this leader with a decade-long career across genres,” explains Miller. “The idea is that the Clash knew what they stood for. They stood against inequality and they aligned their punk rock message to that. Meanwhile the Sex Pistols just wanted to throw a brick at your head, right? They wanted anarchy. That didn’t last very long.”

“My point is that the Clash knew who they were, they knew what they stood for, and they broke out of the punk rock movement and cemented their legacy in rock and roll history by taking a thought leadership angle.” Brands, companies, and services should use this model and know both what they stand for and what they don’t stand for, elaborates Miller. Take a unique angle on a topic and differentiate yourself from your competitors. If you do a good job at this, then you’ll become the authority. “With authority comes trust, with trust comes conversations, relationships, and (with the right marketing in the funnel) comes revenue.”

You need to ask yourself, “who in your company can take on that thought leadership position?” It has to be someone who has personality and is an expert, but also someone who is “ready to disrupt that conversation.”

Miller recalled a conversation he recently had with Ann Handley in London; “I said, ‘Anne, do you think there is a case for thought leadership in B2C brands?” Anne responded with her favorite example – Chipotle. “McDonald’s is not doing so well. They’re in the ruts right now trying to reinvent themselves because a company like Chipotle came out and made sustainable fast food – something ten years ago nobody would have ever thought was possible,” explains Miller. Chipotle successfully disrupted the existing conversation taking place in the realm of fast food with the sustainable angle, securing their position as thought leaders in the industry.

Anne also shared the example of Honey Maid Graham Crackers. “I thought, ‘Graham Cracker, what the hell does a Graham Cracker have to do with thought leadership?” exclaimed Miller. Last year Honey Maid launched the “This Is Wholesome” campaign which took a stance on gay marriage and featured a gay married couple in their advertising. Graham crackers are an example of a product that can’t really be differentiated from the competition,and purchases are made almost solely on brand preference. To gain some traction with customers Honey Maid “aligned their company values with a social issue,” explained Miller, “ and that’s thought leadership.”

The Wholesome campaign did receive some backlash, and several customers indicated that they would prefer not to have a side of social commentary with their cookies. However, “other folks were really impressed by this and they aligned themselves with that value, and now they are aligned with the brand. So that’s thought leadership from the B2C angle,” says Miller. The campaign also featured videos that defined “wholesome” in 2015. “They got a lot of backlash like I mentioned, and the comments were coming in pretty fast and furious on Twitter,” explains Miller. In response, Honey Maid hired an artist, printed out all of the negative messages, rolled them up, and built a sculpture that spelled out ‘Love.’ Then they “launched that picture of the artist’s rendition of all the hate turned into love, and then, all of a sudden the reception was overwhelming and they just completely uplifted their brand to the next level.”

Basically this is “a long-winded way of saying there’s tons of opportunities for B2C in thought leadership,” Miller adds. “If you’ve taken a thought leadership [role] then you can align your brand with the consumer. You’re no longer bidding on price alone. If you’re bidding on price alone, the lowest bidder always wins. But, I would look at that [campaign] and I would go towards Honey Maid because I believe in that brand. I align with that brand.”

“The bigger the company the bigger the silos between PR, social, and content, right?” For Miller, “the number one thing is to basically get PR, content, and social to be on the same team working very closely with SEO, because SEO is going to optimize your content and your press releases…and make sure that you have the best chances of being found in these conversations that are happening.” “Then,” explains Miller “ you’ve got to turn on the native advertising.”

“What’s more important” asks Miller, “a mention of your brand, or your company, or your news on page four of the New York Times? Or on the front page of Brian Solis’ blog? I don’t know – they’re both equally important depending on your audience, and your target, and your goals. But at the end of the day you have to attack it at both angles. So, you need traditional PR completely morphed in and synched up with content and social. And then SEO to optimize it and make sure that you’re going out with the right conversations, and that your conversations are aligned with the conversations that are happening and being searched upon.”

Miller used an incredible KISS analogy to help explain this ‘ecosystem’; “So Peter Criss, [the] drummer, lays the groundwork for the band – he’s SEO.” Then you have Paul Stanley, the singer, who represents social. “Gene’s content [because] he writes most of the stuff. He’s the core, he’s producing it. Demand Gen is Ace Freely, tying it all together with guitar solos. Right? You have four unique members all synced with individual roles delivering an amazing experience. But then it goes further, then you have Doc McGhee on board who follows the band around guiding their vision as the hottest top band. He’s the fifth member of the band essentially. So now you have PR, social, content, SEO, and demand gen.” Finally the KISS Army, the official fanclub, represents the consumers who support the band and feel empowered by their ability to connect to not only the band, but other members of the KISS fanbase.

Miller suggests that companies think about this analogy and ask themselves; “how can PR support content? How can content support PR? How can social amplify it? How can demand gen market that thought leadership to your database. And then how can SEO optimize it?”

“I think a very forward thinking company would be using PR, social, and content together reporting to a VP of Marketing or a CMO who is using that to drive brand awareness and, ultimately, leads” concludes Miller.

How do you find the right people for your team? What do you look for in a candidate?

“Well you gotta be a good writer,” explains Miller, who is still constantly working to improve his own writing every day. For Miller, it’s also important to find people who can identify a problem, figure out a solution, and write about it. He also values people who are constantly looking ahead, trying to understand where the next move is and write about it. “But more importantly,” adds Miller, “you’re going to have to write a shit ton for free. And I can’t tell you how long – I still write a bunch of shit for free.”

Miller dug up a quote from Craig Rosenberg, the self-proclaimed “funnelholic”; “The other day my buddy from college asked me how I got speaking engagements. I told him, I’ve never been asked to speak. I just build my brand, and it was by accident. I didn’t mean for the funnelholic brand to happen,” explains Rosenberg. “But I can reflect back and I believe the methodology is simple. One, read. Two, write. Three, share. Four, network. And that’s it.” When asked “how do you find the time, Rosenberg replied “do you want to build your brand or not?”

5. Get into ‘Life Event Marketing’

Miller believes the next big movement will be Life Event Marketing. He says this thought sprouts from three events. The first time he noticed the value in Life Marketing was while hosting a Financial Conference. “This guy from Voya Financial got up there and told this story about thow they came up with the campaign ‘Born to Save,’ explains Miller. They targeted people who had just had a baby and every baby who was born on National Finance Savings Day received $500.00 in an investment fund to start for their baby. Another event that attuned Miller to the value of Life Event Marketing was a campaign targeted at people looking to upsize their house. They came up with a home calculator and scanned social conversations to target people looking to sell their homes. They even built a rollercoaster through the house. Finally, the third event was a the Nissan campaign in India. “They targeted people on LinkedIn who had just got a job promotion and they said ‘celebrate your job promotion with a test drive in India’s most popular car.’” The campaign was wildly successful and saw 87.7% open rate on emails. Marketers should start asking “how can you catch that person based on the conversation”? 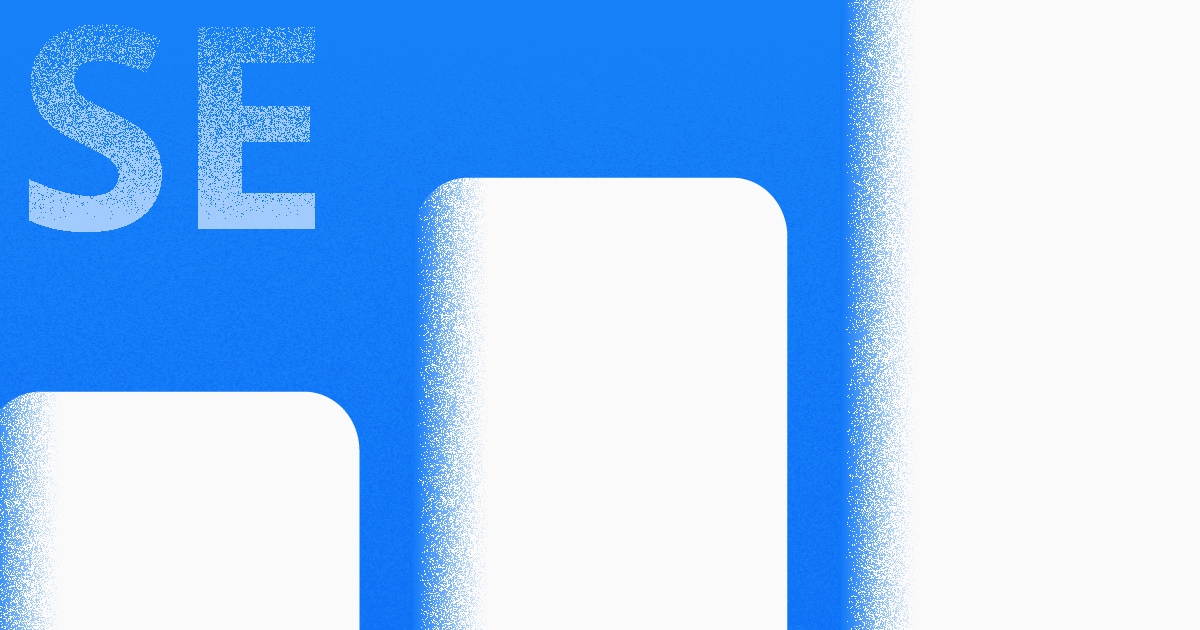 SE Ranking: Learn What it is and How it Works in This Full Review 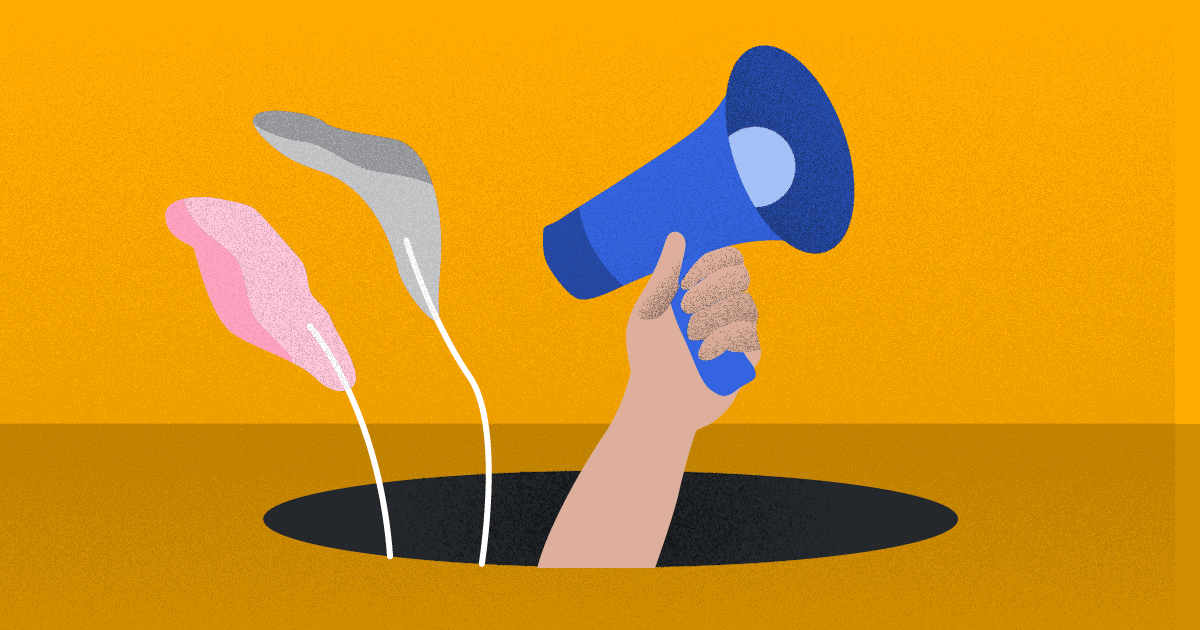 Participation Marketing: The Need And Impact of Dialogue in Content Strategies 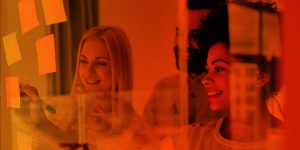 Highlights from 2017—An Asset Refresh and Innovating Content Marketers

How to Capture User Insights with Interactive Landing Pages 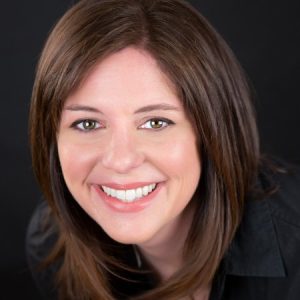