This article first appeared on the Content Strategist.   When Digiday asked Richard Turley, the innovative, well-known, former art director of Businessweek, to name his favorite magazine, he didn’t pick a stalwart of the media old-guard. Instead, he chose a brand magazine. “I think my favorite magazine is Colors, which is by Benetton. It has this incredible rendition of how they tell stories,” he said. “It’s very accessible, very readable.”

Not what you’d expect from a brand

Two firefighters dressed in orange stand at attention with multiple extinguishers at their feet. The photo from Colors Magazine‘s 2014 Protest issue might seem unremarkable at first, but the information that these firefighters are posted at Tiananmen Square to prevent people from lighting themselves on fire changes everything. The Protest issue also includes illustrations of DIY protest techniques, as well as an unnerving photo of the chair used to force-feed fasting Guantánamo Bay detainees. “I don’t think they get enough recognition,” said Andrew Losowsky, a John S. Knight Fellow with Stanford University. “People who love magazines know Colors is back to what it was 15 years ago, but not enough people know that it is such an exciting magazine.”

A magazine for the MTV generation

Colors isn’t just an innovative publication by today’s standards. Benetton launched the magazine in 1991 under the editorial leadership of Oliviero Toscani and Tibor Kalman. Though it has changed in many ways in the last two decades, and particularly over the last few years, the mission of Colors has remained the same. “It was started with the idea of making a magazine that was different from the other magazines that were around,” said Cosimo Bizzarri, executive editor of Colors Magazine. “It was based around this premise that globalization means diversity and diversity was a good thing.” Anyone familiar with Benetton’s advertising would recognize this as perfectly in line with the brand’s established messaging. While photos from Benetton’s ad campaigns made waves in their own right, Colors created a platform through which often controversial global concepts could be examined deeply but accessibly. “The goal was to be very visual and to talk in language that could reach anyone,” Bizzarri said. “It was the magazine for the MTV generation.”

Each Colors Magazine covers a specific topic. Over its 20 years, the publication has delved into race, religion, heaven, war, refugees and more. But how have they been able to delve into such meaty and loaded topics on a brand’s dime? “There is little to no interference by the brand in what we do,” said Bizzarri. “Benetton wants to fund a thought-provoking project that happens to be a magazine. Basically, they said, ‘We have this magazine, we want you to make it cool and interesting.’” “You” is Bizzarri and his team at Fabrica, Benetton’s educational institution, research workshop, and studio in Italy; at Fabrica, young, creative people are granted time and space to do interesting work — with no editorial interference from their benefactor. “It is extraordinary,” he said. “This allows us, as journalists and designers, to make something that is cutting edge. So it is something that Benetton can be proud of.” The relationship between the brand and its publication is a unique one, says Losowsky, likening it more to a company sponsoring an opera performance than traditional branded content. While Colors certainly helps enforce what the brand stands for, what other companies should consider before following suit, he said, is that whether or not it ultimately sells more Benetton clothes is anyone’s guess. “I think it’s important for other companies to consider what their ultimate mission is,” Losowsky said. “if it’s a social one, a creative one, or if it’s a commercial one. If the goal is to try to change a conversation, then a publication is a great way to do that, but the publication needs to feel genuine.”

Keeping the brand out of editorial completely has long been a winning strategy for achieving that genuine feel with Colors. But as the world has dramatically changed since the 1990s, another freedom that has helped the magazine find success today has been the ability to change with it. “Over the last 20 years, many different editors and creative directors have taken over, and each of them put their own input and ideas in the the magazine,” Bizzarri said. “And the look and style of the magazine has been changing. I believe this has also followed the way our society has changed.” Losowsky observed that change when the world became digitally connected. With so much global information and images available to everyone, the work Colors began in 1991 — to show how interconnected the world is — was being done by the internet. When Bizzarri and a new editorial team came on three years ago, however, fresh perspectives were able to move the publication back into relevance. “One thing I like about recent issues is they have been not only talking about things that you did not know, but making connections between things we may not have made,” Losowsky said. “The collection of that information, the order of the narrative flow, the design, the creativity with which they address it, that is what makes it unique.” Even as Colors has evolved to stay relevant, its image-centric, plain language approach to exploring global issues, as well as Benetton’s commitment to allowing the magazine the freedom to reach the brand’s goals without editorial interference, has stayed the same since the beginning. Always changing and always staying the same: sounds a lot like the world Colors has been covering for 20 years.

Are Blogs Outdated in 2021? Find Out the Answer 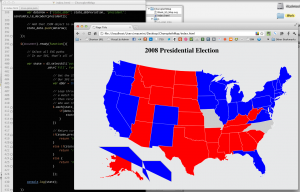 How to Make Choropleth Maps in D3 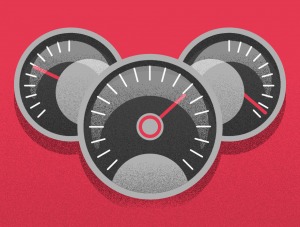