What is Experiential Marketing and how are brands using it? 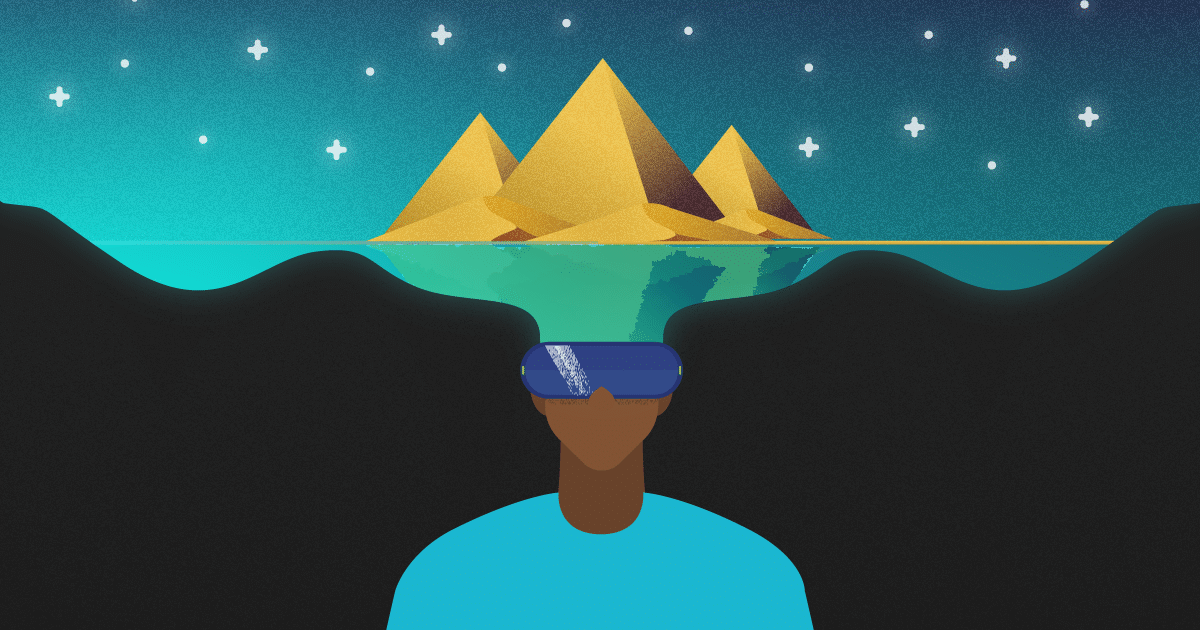 Experience. For some time now, this is the keyword behind every successful marketing campaign.

Its importance is easy to understand: modern consumers, ever more used to quick and efficient buying processes, prefer brands that offer the best content experiences.

In this way, it is possible to establish strong and lasting connections, increasing the brand’s reach through recommendations and positive feedback.

In this scenario, counting on qualified products and services is no longer enough: it is necessary to adopt a strategy focused on Experiential Marketing.

But, after all, what is this concept? Can this approach really bring significant benefits to your company? In this text, you will discover:

What is Experiential Marketing?

Experiential Marketing is a strategy that focuses on engaging the consumer through branded experiences.

The idea is to focus on the buyer persona’s enjoyment, generating a positive feeling for the brand. Here, the products and services offered are secondary.

A campaign using this kind of marketing can take several forms, such as events. Here, this concept is mixed with the idea of live experience, which is a very effective approach in the maximization of lead engagement.

Thus, an Experiential Marketing action can involve, for example, a virtual tour in a museum. But it is not limited to the digital environment. You can use creativity to create live experiences in strategic locations, such as sporting events, concerts, art installations, etc.

The options are diverse, and you will have, in this text, access to examples that will prove it. Regardless of which model you choose, however, some points cannot be left out.

The first one is: the action should stimulate the active participation and engagement of the consumer.

In other words, it is of no use to conduct an event that interests the persona if she will be there only as a listener. You must make the target public have the chance of really feeling a part of the experience, more or less as it works with Interactive Marketing.

Another fundamental point is the promotion of brand values and messages. As we said, products and services do not have much space in this kind of approach, but the brand’s core identity should be widely exposed. The idea is to create a lasting and positive image in people’s minds.

Another point we should consider when thinking about Experiential Marketing is the value generated in the long term. Many brands build campaigns that look great but fail by delivering only short-term value.

The idea is that, at the end of the action, it should be possible to maintain communication with the audience.

What are its benefits?

Without a doubt, the main benefit generated by Experiential Marketing is engagement. After all, it is the production of immersive and extremely interactive experiences, making the lead dialogue with the brand in a natural and easy-going way.

So, while it entertains the consumer, there is the opportunity to convey the message you want, with less noise and interference. This is fundamental to deal with consumer 4.0, whose attention is very hard to attract and retain.

Another characteristic of this modern public pointed out by professor Philip Kotler in his book “Marketing 4.0”, is the tendency to provide and receive feedback, referring friends and influencers —one of the main channels to generate new opportunities.

If your Experiential Marketing strategy is solid, it will transform leads into satisfied consumers, which will increase the reach of your company organically.

The advantages are not only in the field of marketing metrics. Sales, for example, are directly impacted by successful actions.

The consumers themselves are the ones who confirm this: 74% of them say that engaging with experiential campaigns increases their chances of making a purchase.

In short, therefore, three benefits justify the investment in this type of strategy.

The first is the high engagement potential, which leads to better results in both marketing and sales.

The second is the ability to generate lasting connections, while the third is the possibility of expanding the brand’s reach without the need for investment in publicity.

How are brands using Experiential Marketing in their strategies?

Now you know what Experiential Marketing is and understand its main benefits, but there is nothing better than seeing a concept applied in practice to fully comprehend it.

That’s why we’ve selected some examples of successful campaigns. Use them as inspiration to create your own ideas!

Heineken is one of the companies that have excelled in the application of Experiential Marketing campaigns.

In order to carry them out, the brewing company does not hesitate to use the appeal of one of its main commercial partners, the UEFA Champions League, which is the premier soccer tournament in Europe.

As a sponsor of the event, the company has already promoted several campaigns that included the broadcast of games and surprises for the sport fans.

This way, it manages, even without directly mentioning its product, to relate the consumption of soccer to Heineken’s consumption, generating purchasing triggers in consumers.

One of Heineken’s most significant actions in terms of consumer experience was creating the Heineken Experience, located inside its oldest factory, in Amsterdam. In the photo, notice how the environment stimulates the interaction of visitors.

But, being a global brand, of course, the company’s actions are not limited to its home country. One of the most successful actions took place in Brazil, in 2016, as part of the activation for the Champions League final.

The targets were couples visiting a restaurant in the city of São Paulo.

When the men received the menu, they came across a message inviting them to watch the game in a themed space. In exchange, their girlfriends would receive a weekend at the SPA.

Named “The Cliché”, the campaign, which counts on an important plot twist, also served to position Heineken as a company that is not friendly to gender stereotypes and prejudices. Check out the film to understand it better:

Volkswagen is another European company that presents a great example of successful Experiential Marketing.

Here, the curious thing is that the action doesn’t even involve any mention of the cars, which would cause estrangement if it was a conventional marketing strategy.

Instead of products or services, the company decided to focus on something that is common and pleases all people: fun.

Hence, “The Fun Theory'” was born.

According to the German company, the idea was to prove that people find greater motivation to change their attitudes and make better decisions if the process is fun.

To prove this point, Volkswagen installed giant piano keys on the stairs located next to an escalator.

The idea, of course, was to encourage people to save energy and prioritize more physical activity. By stepping on the keys, participants could climb the stairs to the sound of their own tunes.

The results gave support to the Fun Theory. During the time the campaign lasted, the stairs were used 66% more often than the escalator.

Without a doubt, the people who passed by had a unique and memorable experience, but was this really relevant to the general public?

Yes, because Volkswagen knows what it is doing. All the stairs’ interventions were recorded and transformed into videos that quickly went viral and made the action famous all over the internet.

The example of Red Bull that we chose for this list is very emblematic since it was one of the most innovative actions carried out within Experiential Marketing.

Besides, this is an example of an action offered exclusively via the internet, through a live stream.

The project revolved around Felix Baumgartner, a skydiver whose courage, energy, and passion for extreme sports has everything to do with the Red Bull identity.

The idea, then, was nothing short of breaking the world skydiving record, with a jump from the stratosphere at the height of 128,000 feet.

Felix also became the first man to overcome sound speed without the help of engine power.

Highly anticipated, the event was watched live by no less than 8 million people, eager to know the outcome of the adventure. With the landing success, the public celebrated and certainly associated the brand with an extremely positive feeling.

Moreover, of course, the vast material in video and images could be repurposed to generate even more content for Red Bull, like the video below.

If you want to maintain lasting and profitable connections with your consumers, it’s time to start thinking about Experiential Marketing as a key element of your strategy.

In addition to optimizing engagement results and facilitating lead conversion, these campaigns generate authority for the brand and enable new opportunities.

Now that you understand this concept, how about learning about experiential content, which is fundamental to applying the strategy? Check out our post on the subject!

The Killer Creative Brief: How to Get the Best from Your Team

In some great company in this …