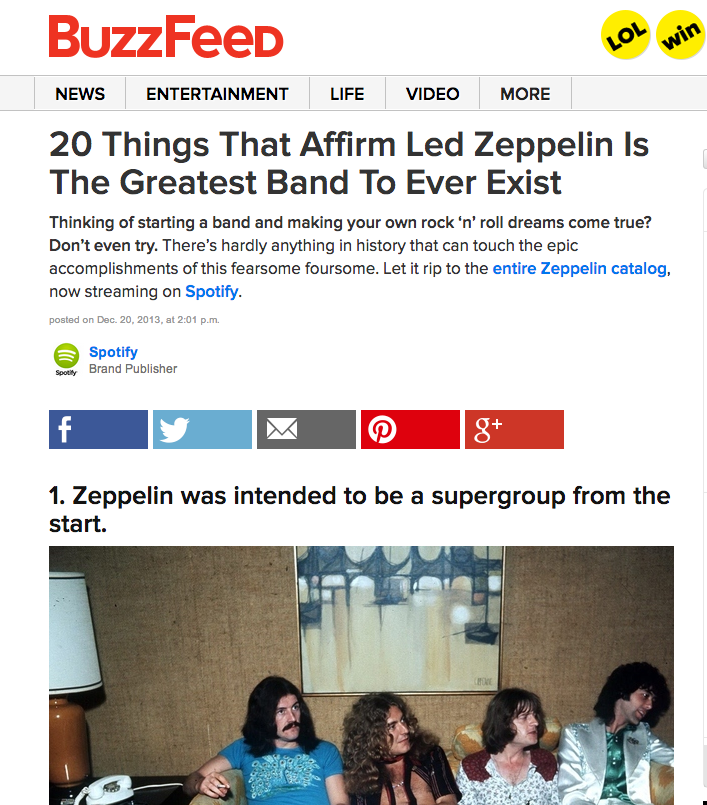 “India Jones” and the Native Ad

A recent “Daily Show with Jon Stewart” segment went to India to find corruption in democracy, but found it somewhere more troubling. Reporter Jason Jones traveled to India to report on it’s recent elections and news industry. During his time overseas, he discovered that India has 93,000 registered newspapers, made possible largely from revenues brought in by sponsored content. He quickly discovers that the content in question is presented without any demarcation as to its true origins and instead as a true belief or opinion held by the periodical at hand. This, of course, is where Native Advertising gets sketchy.

To drive his point home, Jones paid a – by most standards – “respectable” journalist $2,500 to publish a ghostwritten article written by Jones himself in a newspaper called the Millennium Post, the tagline of which, ironically, is “No Half Truths.” 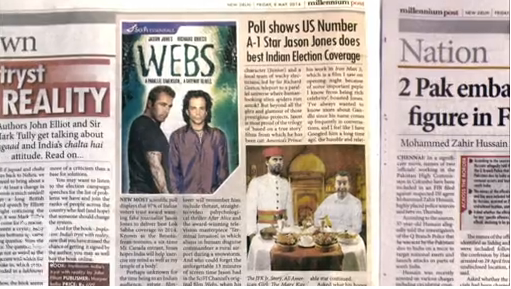 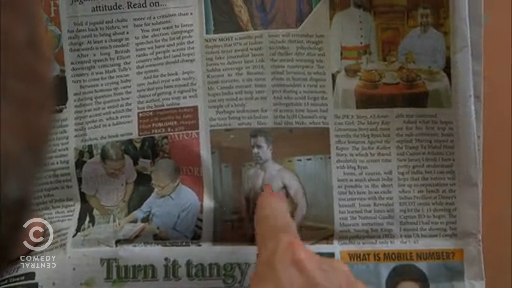 Images of Jason Jones’ “Native Ad” courtesy of the Daily Show.   The piece has since been removed from the paper’s website, but lives on in the Internet, and is riddled with mockery, misspellings, and false information regarding the correspondent. But with the promise of some cold, hard cash, there was no problem placing it on Page 2. For old school journalists, this kind of activity is as grating as nails on a chalkboard. Sponsored content? Paid news? What could be more devoid of integrity? From the sound of how things work in Indian publishing, not much. But the fact remains that native advertising goes hand in hand with the evolution of brands as publishers, and marketers need to utilize their potential to the max. Within reason, of course, and above all, with transparency.

What is Native Advertising?

2014 has been a big year for one of marketing’s biggest buzzwords: native advertising. For those not in the know (73 percent of marketers, according to April’s Copyblogger’s Native Ad Report), native advertising is any content that appears within the flow of an editorial setting, appearing to seamlessly integrate with original, non-branded material. Native ads can encompass anything from advertorials, sponsored content, product placement, recommendation widgets and paid articles, to pieces like in-stream ads and promoted posts. The concept has actually been around way longer than digital; the word “advertorial” was first used in 1946. Flip through almost any magazine and you’re bound to come across a page that has something like “Advertisement” or “Special Advertising Section” printed up top or at the bottom in fine print. It’s an ad like any other, except that it’s been styled and designed to read as much like the rest of the publication’s editorial content as possible – without being confused for it. 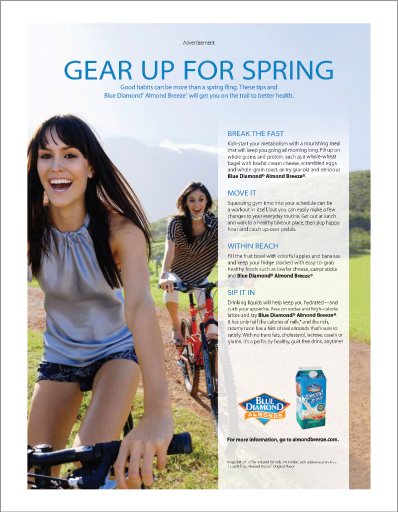 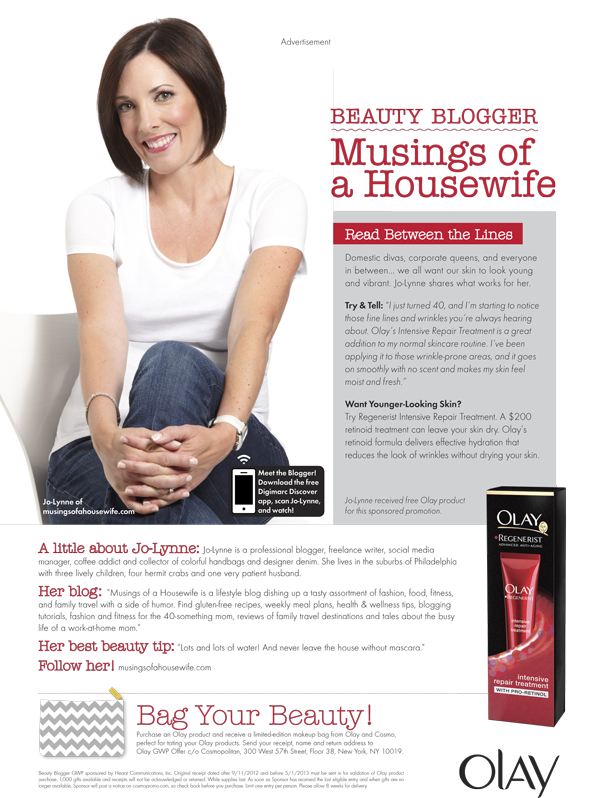 Brands have been doing this for years, with varying degrees of success, and native ads are only different for the fact that they go beyond paper, into every screen and platform we’ve got. The broader its reach becomes, the more difficult it is to control – and the more worthwhile it becomes to advertisers. Native ads, after all, have enormous potential when it comes to increasing brand awareness, creating shareable content and leaving a significant impression on social media. At their best, native ads entertain, educate and inspire, winning the viewer over despite the fact that at the end of the day, they’re selling something. And by North American and most western standards, they must be presented with clear attribution to the fact that they are paid for by the represented company, and do not reflect the ideas of the editors or publication of which it’s a part. BuzzFeed has long been at the lead, as one of the first to really explore native ads in the digital space and try new things with the format. Earlier this year, The Media Briefing found that the average BuzzFeed native ad receives 263 Facebook shares and 4,241 social media interactions. 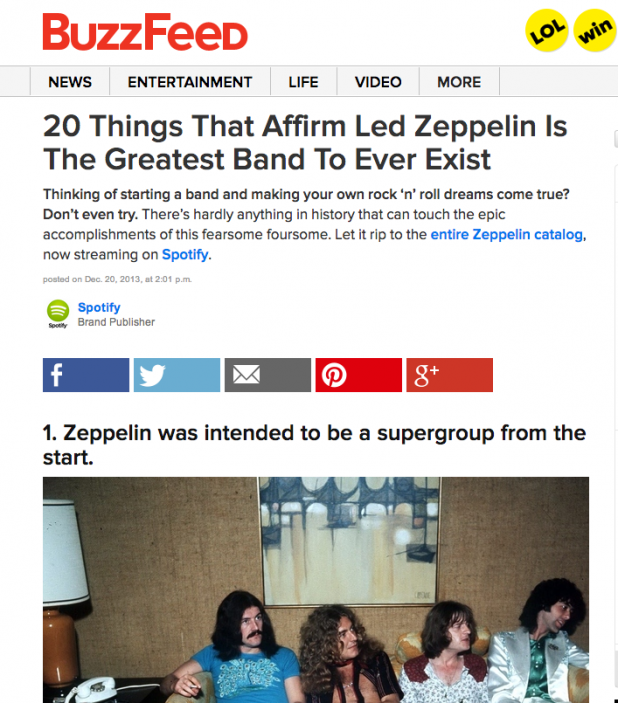 The report further revealed the following insight: “The company with the highest number of Facebook shares for a single native ad was music streaming service Spotify, whose post “20 Things That Affirm Led Zeppelin Is The Greatest Band To Ever Exist” has been shared over 8,530 times. The same article comes out on top when you include likes and comments in the mix – receiving just over of 49,700 total Facebook interactions. BuzzFeed attributes each and every sponsored post at the top of each piece, just underneath the headline. And this practice looks like it’s working just fine; last year the company’s 600-700 native ad campaigns were expected to reach $60 million in revenue. As more and more big-name newspapers and highly regarded publishers jump on board the native ad wagon, the trick is to maintain as much transparency as possible, and to develop innovative, personalized ways of delivering. In a recent first, for instance, Time Magazine and Sports Illustrated introduced front-cover ads. While tiny, it’s a pretty big step for periodical publishing, which has long rejected such a possibility. 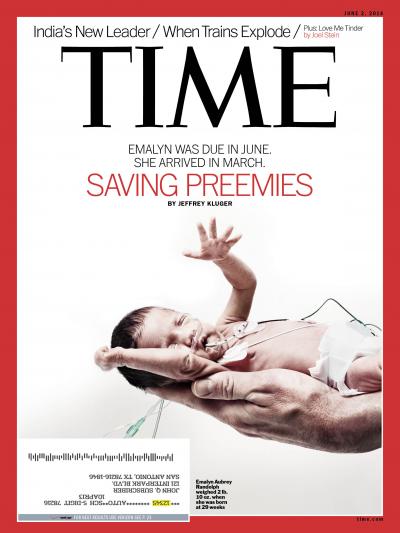 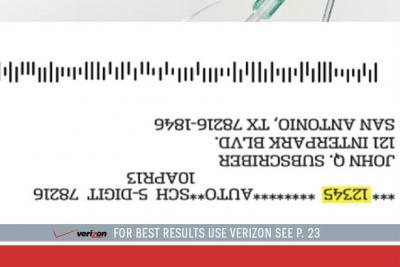 The lines continue to blur while institutions like The New York Times and Condé Nast sign on as well. It’s becoming common to see publishing houses like these develop teams or entire departments dedicated to developing native ad content (and according to Digiday, more often publishers are taking control of the content in these offerings). Earlier this year, Guardian News and Media launched Guardian Labs: “its branded content and innovation agency – which offers brands bold and compelling new ways to tell their stories and engage with influential Guardian audiences.” Moreover, The Times’ recent digital redesign caters specifically to native advertising. Sponsored content is beautifully displayed while distinctly separate from the site’s journalistic endeavors. In an attempt to avoid any chance of confusion, the advertorial appears in a box with a distinctive blue header that reads, “Paid for and Promoted by Brand X,” alongside another “Paid Post” reiteration in the top left corner of the screen and topped off with a paidpost.nytimes.com URL; all illustrating how serious The Times is about maintaining its reputation and keeping an air of utmost integrity in “all the news that’s fit to print.” 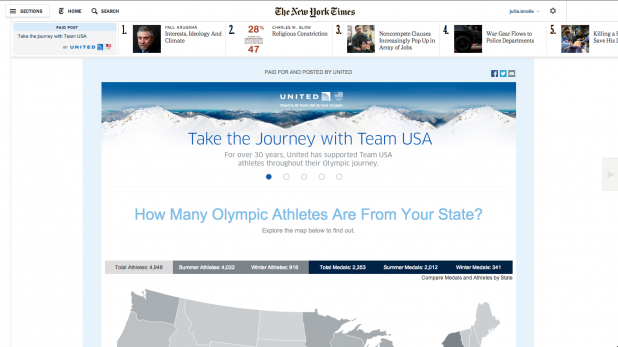 Condé Nast recently circulated a 4,000-word reference guide on how the company is to handle native advertising online. Ad Age reports that the document, “delves into advertising but also provides standards and practices around certain legal and privacy concerns, including how the company will handle consumer data.” 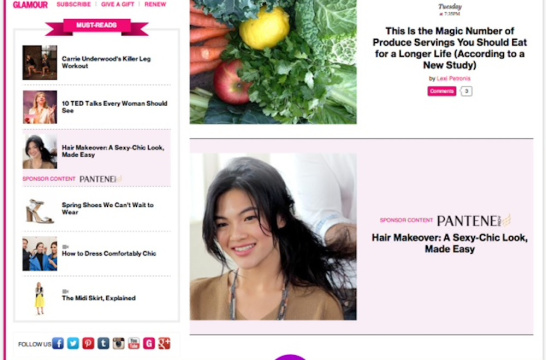 Other big publishers are following suit, producing their own manifestos, while others don’t see the immediate need, preferring to handle business on a case-by-case basis. On the heels of the potentially terrifying repercussions outlined by “The Daily Show,” it’s good to know that guidelines are being set for what’s acceptable and what never should be.

How To Do It Right

If we look at the BuzzFeed model, Native ads work and they don’t have to be a minefield, even for less experienced content marketers. Just think – is this useful? Would I read this if I stumbled across it in print or online? A gut check is crucial in maintaining value and authenticity. Whether you’re part of a massive organization or smaller company, the following best practices are good to keep in mind across the board.

The most successful sponsored content is so good, that a reader might just forget it’s coming straight from the mouths of brands. That means employing a fleet of talented writers, designers, and editors to create your native ads.

How does a native ad knock a reader’s socks off? Wit, intellect, quirkiness, beauty – you name it! Something that stands out for the superior quality of its idea and implementation.

As with any kind of content, a heightened understanding of one’s audience and topic is key to positive engagement.

Design your native ads to flow as seamlessly with the current state of Internet activity as it does with the editorial content of where it’s placed.

This, above all. There’s no quicker way to lose the trust and respect of your audience than by having your native ad pretend to be something its not. Once you lose that trust, you also lose your readers and your ad dollars – the thing that made it all worth the risk in the first place. Non-transparency and poor execution is what turns people into critics and skeptics who believe that sponsored content is all evil or just a passing phase. AOL UK’s study “The Native Age,” however, predicts that by 2025 native ads will have overtaken traditional advertising, due to consistent online behavior by the incoming “Generation N: a fast-moving, tech-savvy, multi-screening generation, who are increasingly attracted by the engaging, useful, and entertaining content emerging through native advertising.” To reel them in, the study suggests that the most important element in successful sponsored content is the merging of top-notch editorial skills and marketing know-how. That, and keeping it real.

This article originally appeared on The Bulletin, NewsCred’s hub for all things content marketing, and has been republished with permission.

10 Reasons to Use Social Media for Your Blog Strategy

10 factors to consider when choosing the best web hosting service 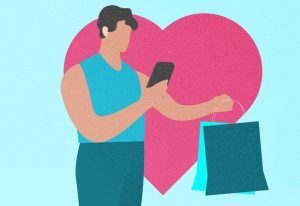 Customer Experience (CX): how to deliver the best experience possible to your clients

How to Become (or Hire) an SEO Specialist