Cartoon faces are everywhere, and they’re more powerful than we might realize. In studies of empathy, scientists have demonstrated that simplistic representations of complicated emotions – fear, sadness, surprise, disgust – may evoke the same emotional response in the viewer. For a designer hoping to communicate an emotional idea, cartoons offer both distance and directness. They are removed from the flesh and blood of a human being, but as personifications they inspire a human response. And when a cartoon is used more than once, when it becomes a character, it gains even more power. Like a celebrity spokesman (but without the diva-ish demands and steep salaries), familiar cartoon faces inspire feelings of friendliness or fear, inspiration, even love. The best graphic faces replace long, drawn out exposition. At a glance, we’re moved, shocked, amazed and persuaded. Here is a look at some of the most effective cartoon faces from graphic design’s history. 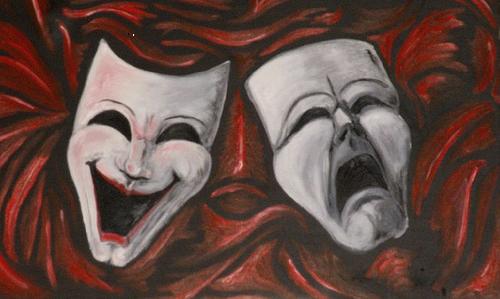 Source: Angel Fire Let’s travel back to the theaters of Ancient Greece, where masks portraying exaggerated emotions brought the actors faces closer to the audience. While the play’s words communicated subtlety, the masks communicated broad sentiment, like the fine and coarse focuses on a microscope. The comic/tragic masks survive as a logo: a universally recognizable brand for the dramatic arts. 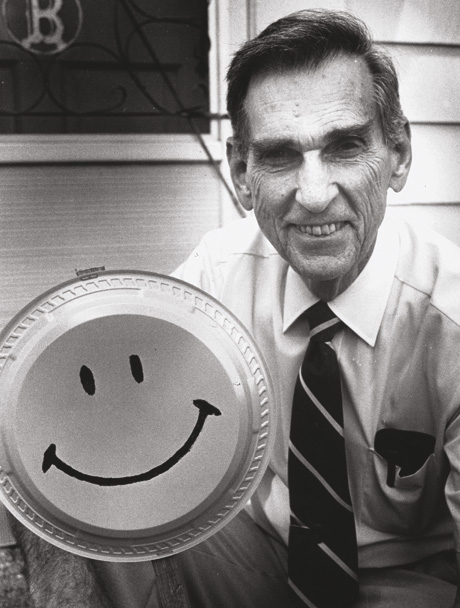 Source: Cabinet Magazine In 1963, State Mutual Life Assurance employee Harvey Ball was tasked with creating a happy face to raise staff morale. His design, with a yellow background, black oval eyes, a wide smile, and creases at the corners of the mouth, would become the iconic smiley face we know and love today. We associate the smiley face with everything from free love to instant messaging, and in every context it represents a simple, straightforward emotion everyone can understand. The design took only ten minutes. Ball was paid $45. One of the great things about an iconic image is its potential for subversion. Here Amnesty International uses the smiley’s opposite to powerfully communicate desperation, sorrow, and fear. 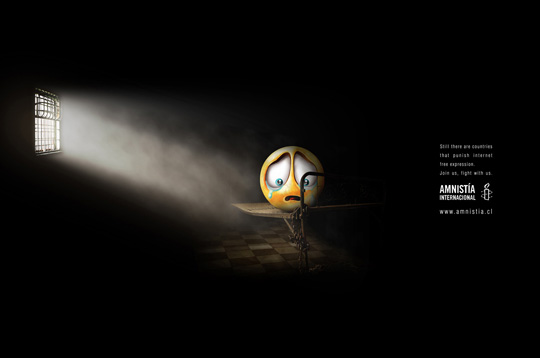 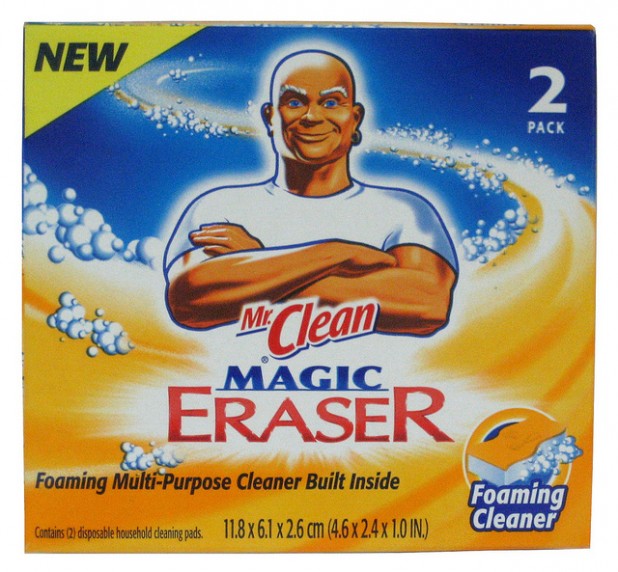 Source: Theimpulsivebuy, Flickr Mr. Clean was the work of Harry Barnhart and Ernie Allen at the advertising agency Tatham-Laird & Kudner in Chicago. Another classic face from the 1960’s: a strong, no-nonsense character with a single-minded focus. Mr. Clean is more than just a pretty face. He’s smiling but there’s something almost threatening about his pose, arms crossed, muscles bulging. And then there’s the earring. Mr. Clean has an edge. Mr. Clean says, “bring it on!” He is a branded character that instills confidence: a strong example of the staying power of good advertising.

Source: Children’s Hospital of Pittsburgh Mr. Yuk was the brainchild of Dr. Richard Moriarty, a Pittsburgh physician who hoped to help children learn to avoid ingesting poisons. Mr. Yuk was designed to replace the traditional skull and crossbones, a symbol that sent mixed messages in a city in love with the Pittsburgh Pirates (the Jolly Roger is their team logo). As the universal symbol for poison, Mr. Yuk’s face communicates disgust while his green background evokes sour stomachs. When tested at day care centers, children rated Mr. Yuk as the most unappealing image out of six classic warning symbols (including a stop sign and a skull and crossbones). Surprisingly, the children rated the skull and crossbones most appealing. 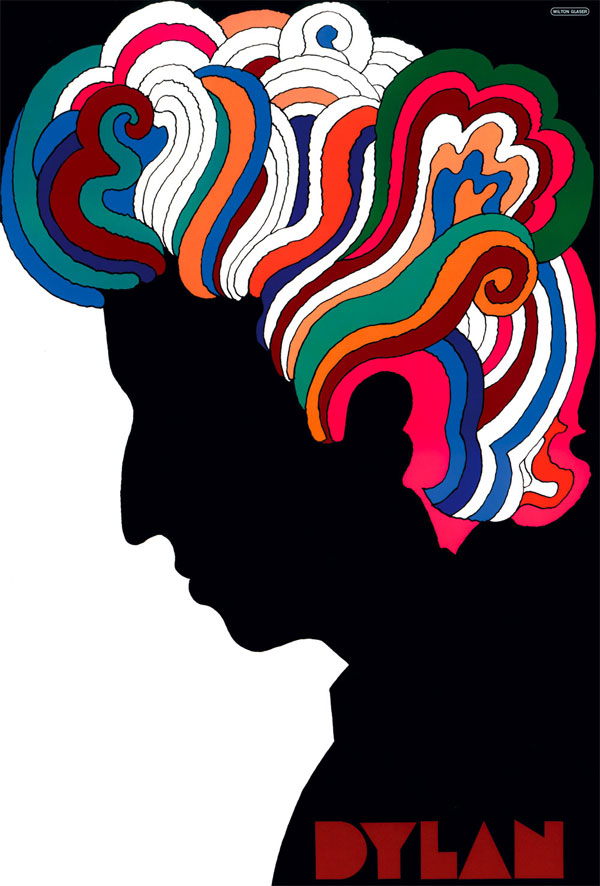 Source: Milton Glaser This immediately recognizable image from Bob Dylan’s Greatest Hits album in 1967 illustrates the potential of a cartoon caricature. The artist, Milton Glaser, takes advantage of the viewer’s miraculous powers of facial recognition to evoke all of the personality of an individual with a simple silhouette.

Source: U.S. Forest Service Smokey the Bear (just Smokey Bear when he was invented in the 1940’s) has a face that communicates sober responsibility and fear. He’s serious, determined, and on a mission. His face is almost father-like: mature, concerned, and wise. It’s a face you don’t want to disappoint. Like Mr. Clean, Smokey the Bear eventually became far more than a print graphic. According to Richard Earle, author of The Art of Cause Marketing, the Smokey campaign is among the most powerful and enduring of all public service advertising projects.

Source: Shephard Fairey In this example the artist, the infamous Shephard Fairey, cleverly subverts his own original design for maximum political impact. He superimposes the famous Guy Fawkes mask with all its for-the-people symbolism (made even more symbolic by the movie V for Vendetta), atop his iconic Obama hope poster. The mask is disturbing in its fixed expression of sinister amusement, as opposed to Obama’s frank sincerity in the original advertisement. 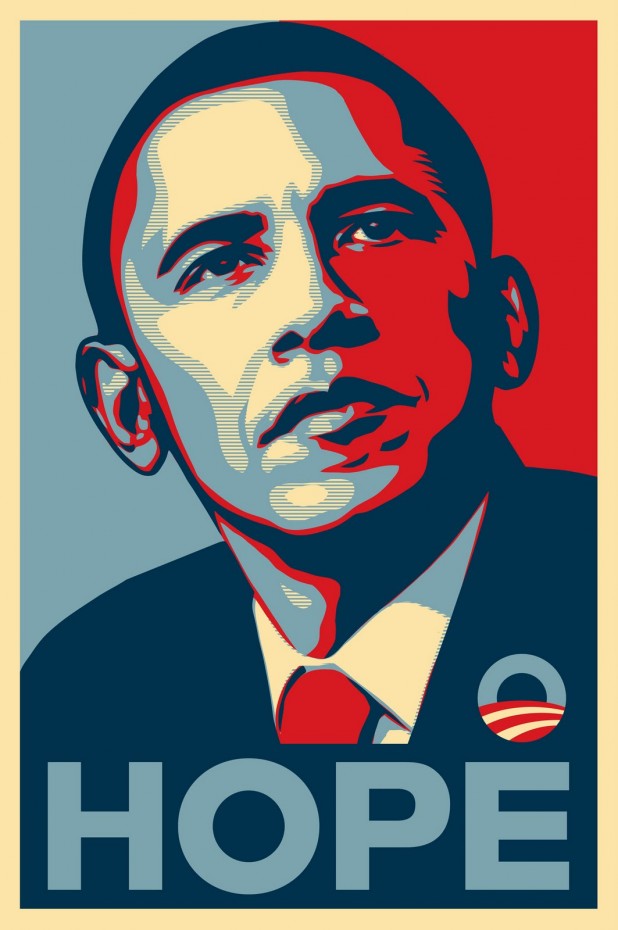 Social Media Marketing: How to Achieve the Best Results on Each Network

Born To Be Digital: Creating A Digital-First Strategy

Why you should start using vulnerability scanners 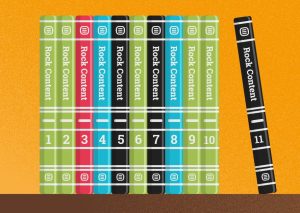 4 Digital Marketing books that every marketer needs to read