What are the Main Types of Artificial Intelligence and How to Use Them?

Artificial Intelligence — a pretty common element in our routines — offers different approaches to making machines think and act like humans.

Unlike what we are used to seeing in science fiction movies, Artificial Intelligence (AI) is not a futuristic concept anymore.

The likeness of robots taking over humanity is low, but this technology has greatly improved the performance of different processes especially in Digital Marketing.

Automation is one of the main objectives with the support of AI, and it has completely changed marketing and the workflow for marketers.

As a result of Digital Transformation, these different mechanisms help companies achieve outstanding results, especially if they apply data-driven strategies.

The more we know about AI, the more we can take advantage of it in a strategic way.

This post aims to show you different types of Artificial Intelligence and how they can be applied. We will present the following examples:

ANI is a narrower type of AI that does not mold and adapt to the requirements of a particular system or machine.

It focuses on a single job, dedicating its full complexity to solving a specific problem.

If we were to draw a parallel, ANI would be a skilled professional dedicated to a single complex function.

The operation of the ANI model is designed through the programming of its actions. The system should be prepared to perform a single function at this stage, narrowing its role as much as possible.

This will also ensure that it can perform that role to its fullest extent. As much as this may seem like a limitation, it can also be seen as a broad and integral effort.

Among its characteristics, ANI is a form of AI with a reactive character and limited memory.

Also, by definition, all other models can be considered a type of ANI.

The difference is that, for the most part, the other types of Artificial Intelligence are designed to fulfill more diverse, and even multiple functions.

Technical classifications place ANI as an intelligence that is unable to reproduce human behavior, only simulate it. It is, therefore, only goal-oriented.

Among the types of Artificial Intelligence, AGI is considered powerful and deep, as a machine capable of imitating human intelligence and its vast capabilities.

In its behavior, AGI can learn and, based on this, replicate behaviors to solve different problems.

This is what makes it one of the most versatile models available today.

AGI has the role of thinking, generating unique and not fully robotic understanding. So, for each scenario, it proposes a different solution.

This flexibility provides it with a powerful ability to develop solutions, giving it a decision-making potential similar to the one of the human mind.

This is precisely why it is considered a much more profound intelligence.

One of the foundations of AGI is its theoretical structure.

This means that it can evaluate and detect different needs, processes, and even emotions to act correctly. This is a unique feature when compared to other types of Artificial Intelligence.

In practice, its learning potential and cognitive level are very high.

This characteristic makes it possible, for example, to mold a company’s customer service according to the most common questions and needs of the buyer persona.

Working with machines that can replicate human actions has become common. However, AGI is a system capable of studying and understanding humans and dealing accurately with user interactions and behaviors.

ASI is considered the most powerful AI-related technology because it gives machines the possibility to become conscious and autonomous.

Instead of simply replicating human behavior, it surpasses this capacity. In fact, it is even considered to be more skilled than humans.

This category of AI is still being developed and improved, despite already being at an advanced stage.

This model has inspired movies to create realities where robots have their own will and simply rule the Earth.

Of course, this will not happen (maybe), but the idea is that machines can be as intelligent as they are portrayed in the movies.

ASI’s line of development calls for these robots to be better than humans at absolutely everything. The machines will be better athletes, scientists, artists, and even doctors.

This is a possibility because this technology entails a level of science that focuses on creating systems with their own emotions and wishes.

Still, it is important to be careful when developing ASIs. The possible consequences of advanced reasoning ability require meticulous analysis.

Therefore, the work has to be gradual and always conducted responsibly.

Among the types of Artificial Intelligence, reactive machines are the oldest and simplest.

They are an introductory model and have a far more limited capacity than the models presented so far.

Its role is straightforward: to reproduce human behavior when stimulated, that is, to perform reactively.

Since they have no memory, these machines cannot learn and manage an internal database to work with their input. They only have a response function.

So, they are automated to react to some action. This limitation, however, does not prevent them from being useful in several contexts, even though they are slowly becoming outdated.

After all, when talking about reactive machines, we need to remember their greatest moment, when this technology was tested in the 1990s.

It was such a system that beat chess champion Garry Kasparov in 1997. At the time, the specific machine was an IBM creation called Deep Blue.

By the way, there is a great TED about this event:

Limited memory machines are, like the previous example, entirely reactive, but with the advantage that they have a small amount of memory available.

This makes them more advanced since this characteristic allows them to learn from data. That is, every time they are exposed to information, they can learn from that input.

These machines then create small databases from their interaction history.

For this reason, when required, they can make simple decisions to respond to a request or perform some action.

Today, this form of AI is widely used, but only in its basic form. Memory has been extended to provide better performance.

For example, Limited Memory Intelligence can be found in facial recognition systems, virtual assistants, and chatbots.

Theory of Mind is a type of AI that has been developed in recent years.

At this point, we cannot say much about its application or how far it will go in terms of development.

However, the idea is that it is one of the most innovative models ever seen. The goal is for it to be capable of understanding the interactions to which it is exposed.

The Theory of Mind deals accurately with emotions, needs, and thought processes of the human mind.

Today, this category is still considered futuristic, even with all the advances made in the segment so far. The specialists’ understanding is that there is still much to be studied about AI.

For this reason, the Theory of Mind is an idealization in the making, but one that has the potential to become one of the most prominent.

Besides the development of studies in general, the process also depends on understanding how the human mind processes feelings and reactions.

Self-awareness is just a concept at this phase, but a concept that guides the development of AI.

The idea is that machines will be self-aware in the future. This is the highest level of development that AI can reach, and, naturally, it takes time and considerable effort.

The idea is that this type of AI will be able to understand all emotions, possess its own, and understand every detail going on with anyone that interacts with it.

As ambitious as this may sound, this is what scientists see on the horizon. However, it is impossible to point out how many years it will take for AI to reach this level.

It is also undeniable that this is a dangerous stage of advancement for AI.

Essentially independent, machines will have reasoning that simply cannot be stopped at any given time.

There is much to be done, even though self-awareness is already a clear concept among types of Artificial Intelligence.

Wrap Up: Are you Ready for the Future of AI?

The current reality of technology allows machines to act like human beings which can be extremely useful for many business solutions.

They have paved the way for new types of AI to emerge and change the world.

Now that you understand how advanced the development of Artificial Intelligence is, find out how to use it in your business.

Check out our recorded webinar on the role of AI in Marketing! Our special guest is Paul Roetzer, CEO of PR 20/20 and the Marketing Artificial Intelligence Institute. 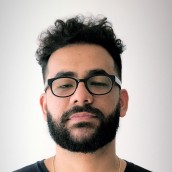 Learn How to Optimize Marketing Campaigns

What do the NBA Finals and App-like Digital Experiences have in common?

How to Implement AI in Your Business? Here’s a Guide to Help You with That