Event marketing as a discipline is hardly a novel concept. But while traditional publicity tactics like posters, websites and PR work are good first steps, adding cutting-edge visual components can help take event marketing to the next level. Check out these best practices for improving your event marketing through visual content.

Back in 2007, ‘twitter’ was better known as a word to describe chirping sounds than as an innovative social network. But in a savvy marketing move, the budding network arranged for TV screens showing live tweets from early adopters to be placed throughout the main hallways at South by Southwest®. SXSW 2007 is now now known as Twitter’s big coming out party — and the rest is history.

Seven years later, borrowing Twitter’s promotional approach is still a great way to build awareness for your event and get your name out in a unique way. Portland-based Postano offers slick social media displays that curate and display conversations to maximize social media engagement.

During an event, live polling can turn audience members from passive observers into active participants. And while you could conduct an informal poll via Twitter hashtags – or something as analog as paper! – partnering with dedicated polling experts such as Poll Everywhere gives you accurate and cleanly visualized results at a moment’s notice. Simple multiple choice live polls can be used during a panel discussion to segment audience thoughts, and more custom open ended questions can dive deeper into personal opinions and attitudes.

Show off your creativity and step outside the box with a crowdsourced visual art installation. The options are limitless but should be closely tied into your event theme. Box, for example, recently put together a mesmerizing promotion using 100 mobile devices at Hartsfield-Jackson International Airport in Atlanta to demonstrate the platform’s power to work while on the go. The “Work Without Walls” promotion synchronized 100 iPads and iPhones together in an interactive set of games and art projects that wowed travelers.

Create an App That’s More Than Just a Schedule

Creating a mobile app for your event is a great way to engage with even the most tech-addicted audience members. Events from music festivals to industry conferences have gotten into the mobile app game, but many of these apps are no more than glorified schedulers. Mobile app developer CrowdCompass has some outstanding tips for making the most out of your event apps in their Mobile App Marketing Playbook.

Make Your Event Poster the Very Best It Can Be

No matter what your larger event marketing strategy is, a slick and engaging poster is a must. Like concert fliers, a one-page poster may be the first thing that potential attendees see. Don’t skimp on the creative process and revise, edit, and revise some more to make the sharpest poster possible. To gear up for the 2012 Seattle Interactive Conference, organizers crowdsourced their poster design through a contest. Even though it didn’t end up winning, one of our favorites is the modularly styled design from Sansi Creative in Seattle.

For more great posters from industry-leading creative talent, consider partnering with the content creation specialists in the Visually Marketplace.   Want to learn more about creating visuals that drive engagement? Download our white paper, Visuals That Stick, with actionable advice on impactful design from the Visually creative team.

[optinlocker]Thank you for your interest in our Visuals That Stick white paper! You can download it here.[/optinlocker]     Jon Salm is an associate client analyst at Millward Brown Digital in New York City and a freelance data journalist in the Visual.ly marketplace. He has a bachelor’s degree in English from Washington and Lee University. You can follow him on twitter @S4LM3R.

Social Media Marketing: How to Achieve the Best Results on Each Network 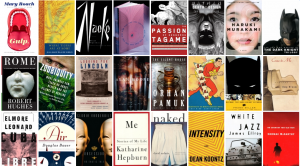 How to use bootstrap in WordPress: a quick guide