Why a Crypto Exchange Invested US$ 200 Million In Forbes?

Cryptocurrency exchange Binance, one of the largest crypto companies in the world, will take a $200 million stake in Forbes, one of the best-known American business, economics and technology magazines. The deal is expected to close by the end of March this year, thus making Binance one of the two biggest owners of the magazine.

This move made by Binance is in line with a movement of brands acquiring publishers or investing internally in the diversification of produced content, such as news and podcasts. It’s been called brand publishing. Not of course, without any controversy, since the separation between Church and State, editorial and advertisers, has always been a bastion of journalism in the major vehicles.

Fortune, another mainstream US economics magazine, for example, was acquired in 2018 by a non-media entrepreneur. Sports Illustrated, another American market gold title, was sold in 2019 to a company that owns the Elvis Presley and Marilyn Monroe brands.

In both cases, the movement is similar: with circulations falling for years and prestige in decline (the same happened with Newsweek), the brand of these publications is still of great value for the public, even if the business is far from being as profitable as before. In the case of Sports Illustrated, for example, the new owner, Authentic Brands Group, said it would like to use the brand to promote events and betting businesses.

What will happen with Forbes? There are doubts. The Nieman Lab, one of the most prestigious sites for journalism analysis in the world, sets the tone for the decline in quality at Forbes in recent years. To reduce costs, one of the most renowned publications in the market started to open space for external contributors, paying little. Unedited, these articles have attracted even scammers wanting to promote themselves, as the site highlights.

For Forbes, which intends to go public this year, the acquisition by Binance could be a breather. But what about the publication’s editorial independence – which has been compromised for some time -, how is it? This Buzzfeed article shows how the external contributors area was already being used as well for companies to promote themselves with low quality articles. Will this accelerate?

According to the exchange’s founder, Changpeng ‘CZ’ Zhao, the media is “an essential element to build widespread consumer understanding and education”, implying that he would use the magazine’s prestige to promote his own business. Soon after, via Twitter, he assured that he would maintain the publication’s independence.

1/Had some questions in my DMs. Forbes editorial independence is and will always be sacrosanct. The strength of the Forbes brand and our investment depends on that continued independence.

Benefits for the publisher and the brand

Forbes had already announced its interest in executing a merger plan with a publicly traded special-purpose company, or SPAC, in an attempt to seek more growth opportunities for the business. SPACs are acquisition companies that raise money through an initial public offering (IPO) to acquire a business and then make a publicly traded shell company that raises money in an initial public offering.

The deal comes at a very important time for the cryptocurrency industry, which has seen Bitcoin values ​​soar, expanding its influence across the market and showing the growing influence of digital assets in the real world.

This IPO could allow Forbes to further capitalize on its digital transformation, leveraging strategic insights and technology advice from Binance to maximize the brand’s business and make it a leader in providing information on digital assets such as Bitcoin.

According to Mike Federle, CEO of Forbes – “Forbes is committed to demystifying the complexities and providing useful information about Blockchain technology and the entire class of emerging digital assets,” he states. “With Binance’s investment in Forbes, we now have the experience, network and resources of the world’s largest and most successful cryptocurrency exchange and one of the innovators in the Blockchain industry.”

Still, the investment raises questions from the media about the link between the brands

Binance’s investment in Forbes raises media questions about the merging of the brands, less than two years after the cryptocurrency firm sued the magazine for libel alleging it suffered millions in losses over an article suggesting Binance’s organizational structure was designed to intentionally deceive regulatory bodies and illicitly profit from US cryptocurrency investors. Binance eventually dropped the lawsuit in 2021.

This news also generates greater observation from market analysts about the manipulation and popularity of cryptocurrencies among celebrities and the media, prompting warnings from regulators around the world. Thus, the investment raises questions among media observers about potential conflicts of interest.

Federle assures that the line will not be crossed. And that Binance’s interest is only as an investment. “And any investor coming in to make an investment in Forbes knows that impinging upon that editorial– the journalism or crossing that line is going to have a negative effect on their investment.”

For analysts, however, there is no way to see the business this way. Henri Arslanian, a partner at PwC who frequently advises crypto firms, wrote on Twitter: “Binance buying part of Forbes is like McDonald’s buying part of Yelp or Marriott buying part of Trip Advisor. Even if no conflict of interest, there may be the appearance of conflict.”

If you liked this content, consider subscribing to our newsletter to receive great articles directly in your inbox! 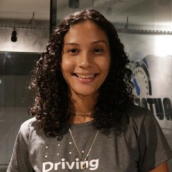 Examples of the Interactive Journey in Sales

Social Listening for B2B Sales: How to Ignite Sales and Buyer Engagement