Celebrity Relationships Visualized: Weddings, Divorces, and Courtships by the Numbers

Celebrities enjoy many things: glamorous movie and television careers, millions of adoring fans, faces made of wrinkle-free materials, and Malibu dream homes filled with gold à la Scrooge McDuck. One thing they don’t enjoy: privacy. Alongside arrests, deaths, scandals, and fashion don’ts, celebrity relationships are the main ingredient of good Hollywood gossip. When these relationships succeed, the public delights in the excesses, the cute vacation pictures, and the romance. When they fail, the public delights in the fights, the cheating, the settlement agreements, and the love children. For the public, it’s a win-win. For the celebrities, well, it’s just part of the job. Here are some entertaining celebrity relationship infographics to put all that high profile love and loss into perspective.

The Rules of Celebrity Dating

When you’re a celebrity, dating can be a challenge. You can’t just go out on the town and expect to find normal, healthy, well-adjusted people interested in a regular relationship. With the paparazzi hot on your tail and a face every American would recognize, no casual date goes unnoticed (and most reasonable potential suitors run screaming for the Hollywood Hills). So, many celebrities end up dating other celebrities: people who know what it’s like to live in the public eye, and who don’t mind the fracas. But who will end up with whom? Is there a method to this madness? Predicting the whims of Tinseltown’s citizens is one of the tabloids’ favorite games. Here’s a visualization that does just that.

The Rules of Celebrity Dating infographic

The Royal Wedding vs. Normal Weddings: Comparing the Costs

For the observers, the best part about a celebrity love affair is the outrageously lavish wedding. Sure, there are a few celebrities who sneak off in secret to get married on a camera-free beach somewhere, but that’s clearly the exception to the rule. If you have to live in the limelight, you might as well make the most of it! And if you’re a celebrity who also happens to be heir apparent to the crown, well, consider opulence guaranteed. True to form, one of the most excessive, glamorous, and well publicized weddings in recent years was that of Prince William of Wales and Kate Middleton. The cash register chimes surrounding this high society affair practically drowned out the roar of the sun’s nuclear furnace. The infographic below compares the cost of the royal wedding to the cost of an average person’s marriage celebration.

Cost of The Royal Wedding Vs. Your Wedding infographic

The Most Stylish Celebrity Brides

Speaking of weddings, for those interested in emulating a celebrity bridal trend, look no further than this infographic. Learn all about the ensembles of five famous brides, including information on diamonds, designers, dress styles, and cost.

Most Stylish Celebrity Brides Of 2012 infographic

Celebrating celebrity marriages that work is much less exciting than tittering over the ones that don’t. This short infographic lines up couples that couldn’t go the distance (all of them split in under a year). Note Rudolph Valentino and Jean Acker’s record-breaking ¼ day marriage. Only in Hollywood.

Breaking up is often painful. It’s not something most people feel like chatting about publicly, especially when the breakup is new. But like it or not, if you’re a celebrity you’d better be prepared for your fans to share their unsolicited thoughts on your personal breakup business. And what better venue for rapid-fire gossip than Twitter? Twitter is known for breaking news (and breakup news, as it were). The infographic below examines trending breakups from 2011 and 2012.

2011 was a big year for high profile celebrity divorces. Arnold Schwarzenegger and Maria Shriver split amidst extreme scandal: an illicit affair, a love child, and a history of the kind of inappropriateness Monday morning quarterbacks live for. Kim Kardashian’s five-second marriage to Chris Humphries cost $10 million (and whatever didn’t remain of her dignity). And the salacious and strange bond between Demi Moore and Ashton Kutcher crumbled into so much stardust before the paparazzi’s very eyes.

The Weird World of Celebrity Divorce

Another ode to celebrity divorce, this infographic explores the details: settlements, weird negotiation requests, the longest and shortest marriages, and the repeat offenders. Note Rupert and Anna Murdoch’s $1.7 billion dollar settlement. (Yes, that’s billion with a b).

Whatsapp May Be Investing In A Community Feature. What Does It Mean For Marketers? 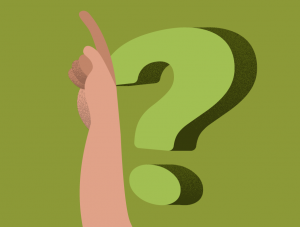 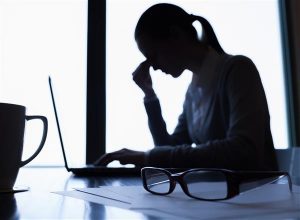