Translating content as part of an international marketing strategy is only half of the process of venturing into a new area. Tailoring information around local customs, beliefs, and values is an important part of connecting with a regional audience.

The internet has made it easier than ever for companies to expand digitally into a global marketplace.

That said, there’s more to international expansion than just using Google Translate to turn your existing web content into a new language.

After all, as anyone who’s gone to a foreign land for a vacation can tell you, things are done quite differently outside the United States.

In fact, even major corporations find out the hard way that true content localization means taking the process a step further and customizing the information to meet the needs, wants, desires, and culture of the people in the region.

Within this guide, we’ll go over why content localization is so important and cover tips for how to do it right.

In the context of digital marketing, content localization is the process of creating (or translating) specialized content for a specific region or international country.

This includes taking into consideration any cultural differences, language barriers, preferences, and other similar elements of the region in which you’re expanding.

It goes far beyond just translating the words verbatim to a new language.

Instead, true content localization envelopes the entirety of the people who live in the region and finds ways to connect with their unique needs as customers.

When done correctly, it can be an excellent opportunity for companies to achieve international expansion and global brand recognition.

However, if you’re not careful, it can be a nightmare.

Let’s take a look at Home Depot’s expansion into China.

In the process, they expanded stores to the suburban regions of China, spending millions on advertising campaigns and content to try to attract homeowners in the area.

There was just one problem with this plan — residents of suburbs in the country are generally less affluent than their counterparts in major hubs like Hong Kong and Beijing.

Meaning that many of the people they targeted with content had no means or desire to invest in fixing up their homes.

Home Depot’s idea to expand to suburbs, like they do in the United States, failed miserably. In turn, the company closed all Chinese stores in 2012.

What was the reason for their failure?

When looking to expand, they did not do enough research into localization to determine the different socioeconomic factors surrounding where people live in conjunction with how much they earn.

And this is just one example of how companies need to be fully aware of the daily lives of those who live in the area before they take the leap.

Want to hear about an even worse case?

Coors’ Brewing Company decided to translate their “turn it loose” campaign into Spanish for those living in Spain.

Unfortunately, their team did not fact-check before doing so.

The term embarrassingly translated to wording that meant “suffer from diarrhea.” Not a great turnaround when you’re trying to sell more beer.

In contrast, if you want to know a successful example of content localization, we highly recommend you to check out the results we achieve with our Spanish blog!

That said, the next important aspect to discuss is when content localization is necessary.

Simply put, anytime there’s an expansion into a different regional area, it is crucial to learn about the people who live there as part of a strong content localization process.

This includes times when you’re just creating online campaigns without actually having a brick-and-mortar presence within the country.

Why? Connecting with people is the heart of any business strategy.

If you’re simply copy and pasting written text into a new language, you aren’t taking the time to uncover their motivations and desires.

And you certainly aren’t finding ways to explain how your product or service can solve issues in their daily lives.

It is valuable to realize that the advantages of content localization also go beyond just trying to avoid cultural insensitivity or attract more buyers.

In addition, learning the nuances of a foreign language can affect simple things like formatting, visual aesthetics, and other key elements of how content appears on a page.

For example, most Americans read text from left to right. But Middle Eastern and East Asian regions typically view writing from right to left or top down.

When it comes to formatting your pages, this is an incredibly important detail to know.

But the benefits don’t just stop there.

When you’ve taken the extra step to adapt content into a message that resonates with those specific to an international market versus simply translating text, you’re ensuring that the tone and voice are correct for your new audience.

This can often save you several embarrassing faux pas as an organization later on.

If content localization is so important, what is the best way to build a strategy for it?

Here are a few tips to consider:

1. Decide on a Regional Expansion Based on a Specific Area

Realistically, the process of building a localization strategy starts with deciding where you plan on expanding.

Notice how we’ve described basing the process on actual geographic elements — not languages.

The varied nuances in how people speak and live between countries can be quite striking.

For example, think of those that speak Spanish but live in Mexico, Argentina, or Spain.

The words themselves might be similar, but the cultural elements they embrace are vastly different.

2. Consult with Someone Familiar with Daily Life in Your Target Market

It isn’t good enough to leave content localization to just a translation tool.

Instead, you need to discuss the process with someone familiar with daily life in the area you wish to expand to.

The reason this is important is that they know and understand the intricacies of life in that country better than what you can read online or someone who has just briefly visited the place.

Often, they’ll be able to point out any potential holes in your strategy and ensure you’re not making big mistakes surrounding economic levels, societal preferences, and more.

If you have a vast library of content you’re looking to localize, then you’ll want to start by identifying which pieces could perform the best in the new region.

Look at things like universal values — i.e. those truths that translate across all barriers without a lot of cultural differentiation.

You should also see which pieces perform well on your primary website and how competitors are doing in your expansion area.

This should give you a good idea of which content items to prioritize and which ones can wait for the future (or be skipped entirely).

As we’ve previously mentioned, it is important to keep in mind visual aesthetics when it comes to any content localization strategy.

While this includes understanding the way people read in other languages, it also includes switching photography to match those who live in the local region.

Most target audiences are savvy in understanding when someone dresses differently or has a different racial ethnicity than they do.

Thus, it is important to keep this factor in mind when planning a larger content localization plan.

Content localization can essentially make or break a company’s expansion into a new regional area.

That’s why we’ve offered so many good tips in this piece to help you remember that there’s far more that goes into the process than just translating text with a software app.

By taking into account the needs and cultural details of your new target audience, you can get your message heard more effectively.

It is also an important part of how you expand to new cities and regions within the United States, too. Check out our guide on local SEO for more ideas! 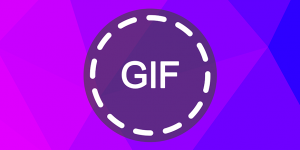 The When, Where & How of Using GIFs in Content Marketing

What is a Good Domain Authority? Find Out How it Benefits your SEO Strategies