Women Influencers Are The Majority, But Earn 30% Less Than Men. Why’s That Again?

We are in 2022 and I am no longer surprised by the gender pay gap. This is still the order of the day for  many companies, even those that are positioning themselves on the side of the struggle of women in their external channels.

But I confess that the following data took me by surprise — and even if the algorithm gives you a very different feed from mine, I’m sure this will also shock you: despite women being the majority in the influence marketing niche, it’s men who earn more. This is what the new study published by influencer marketing company Izea demonstrates.

According to the study, men earn, on average, about 30% more than female influencers per post. And my surprise is that we see more women as influencers than men. So, in my basic understanding of math and proportion, they are the ones who should be earning the most. Do you agree?

But that’s not what happens…

What’s the picture in numbers?

According to the Izea study, in 2021, women accounted for 85% of sponsorships made as influencers. However, for the past five years, men have been the highest paid despite having a significantly smaller presence in the area.

To get a sense of the big picture, the average amount paid to men per post was $2,978, which is 30% more than what was paid to women.

Only in one situation was the scenario reversed: in the Instagram Stories format, women earned an average of US$ 962 per post, while the average amount paid to men was around US$ 609. 2021 was the first time in which women earned more than men as influencers.

Perhaps with this last paragraph you feel that we have hope for equal pay, but unfortunately the situation remains unequal and reinforcing gender stereotypes. What do I mean by this? I will answer below.

Presence and stereotypes yes, money no

In short: it’s okay if women have more presence in ads, but the market is not comfortable letting them be seen widely as professionals, so it invests almost twice as much in ads of men occupying workspaces.

Also, there is a big problem with the fact that women are the majority in a profession, but most of the money goes to men (for the same job!).

In my opinion as a Rock Content professional working with Social Impact, and Diversity, Equity and Inclusion (DEI), brands and the influencer marketing business love having women present and disguising a certain progressivism about gender equality. But money and investment are still treated as “man stuff”.

As long as we women continue to receive less for the same service performed by men, the impediment to our socio-economic growth remains. Unfortunately, gender equity is still not a real commitment even in the seemingly most modern spaces. And so we need to be vigilant.

How do we practice change?

As I said in the previous paragraph, we need to be vigilant — and not just women, but all people who want to be allies for gender equity.

As recently as 2022, we had a good example of what it is to practice this intentional surveillance. A bot was developed on Twitter to interact with all brands that have tweeted something about International Women’s Day.

In this way, when brands used hashtags related to the date, the bot automatically created a commented retweet showing the salary difference by gender within the company authoring the post.

Another example was the six-month deadline given to agencies by the UK advertising regulator to eliminate gender stereotypes “likely to cause serious or widespread harm or offense”. This makes brands aware that there is an inspection and that this can affect their results, be it positioning or financial.

In my personal view, we need to create more intentional commitments to processes and metrics for real monitoring.

It is always good to remember that, more and more, consumers are looking for purpose and identification of values ​​when contracting services or buying products. To go against this movement is to assume losing money and space in the market. Keep in mind that people are open to influencer marketing and at the same time want to influence the way it is done based on their personal causes.

As brands and marketers, we need to take responsibility

The verb to influence means “to exert a psychological action, an ascendancy over someone or something.” And so we need to be responsible for the way we practice influencer marketing today.

Despite being a modern resource, it can still be used to maintain inequalities as the studies in this article have indicated: either reinforcing gender stereotypes or preventing pay equity from truly occurring.

We need to intentionally work towards changing all situations of inequality, prejudice and discrimination that still occur and are strengthened in our society. Finally, I invite you to reflect on the first paragraph of the Rock Content Manifesto:

“We exist to make marketing better, while having a positive impact in the world. By doing so, we aim to create growth opportunities that overcome geography, ethnicity, gender, and socioeconomics.”

And if you liked this content, consider subscribing to our newsletter below, so you can receive great articles like this directly to your inbox! 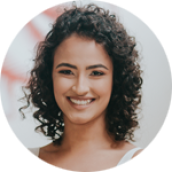 What Are Dofollow And Nofollow Links?