Global communications and the great scope or interconnections are helping us build the new paradigm of zero borders, and non-common language.

We used to think: Who owns the language, owns the power. Languages are tools of power and have been so for centuries, since civilizations first existed. But has it been this way lately?

There is a new order of power. Nowadays, we are more conscious that becoming global is not about implementing common languages, but embracing the languages and the cultures of the markets we work with.

In generic words, more than relieving The Common Language, for having global impact, it is necessary to build representation through cultural and linguistic diversity. With this in mind, let’s bring McDonald’s into view.

The brand has launched a new campaign for FIFA’s World Cup 2022, related to one of the most important digital strategies in global communication: localization.

And let’s be honest. The new approach has everyone talking about McDonald’s.

Is this a pure example of how a brand acquires global relevance?

Let’s see the lessons left by McDonald’s during this first week of the World Cup, regarding how to get in touch with the world.

During the first week of FIFA’s World Cup 2022, McDonald’s launched a new campaign that got the media and marketers talkin.

McDonald’s campaign happens to be a multilingual and multicultural message for world integration. It is not only the famous characters that appear in the global pieces, such as the actor Jason Sudeikis, TikToker Khaby Lame, K-pop sensation ITZY and Twitch streamer Edwin Castro, that makes this campaign interesting and different.

What makes this campaign so current and joyful, are the 10 languages and 4 dialects in which the campaign has been developed.

The purpose of the campaign was to launch a solid communication message to unify the soccer interests of more than 75 markets in the world at the same time (Thinking global), but considering cultural differences, languages and particular activations following the market interests (Acting local).

The campaign brought to the table the real feeling of people by seeing their countries represented in the world, reminding them that no matter the results of the match, the most important thing is the support we can give to each other. And even better, having this positive support by celebrating the participation of cultures in sport, by eating at McDonald’s.

The main global announcement was launched on social media at the beginning of the World Cup 2022 Celebration. The additional versions, in parallel, were launched in their specific markets, and counted on regional celebrities and particular activations for local markets.

Has your country been experiencing local McDonald’s actions during World Cup 2022?

Nothing new for this brand. McDonald’s has been, in the last decades, a huge example of internationalization and also menu localization. So, what is different this time?

The difference, as we mentioned at the beginning, is the way they use the communicating power of language.

McDonald’s, probably more than many other global brands, understands how important it is for people to feel represented and recognized by a brand, thus generating positive business results.

In other words, McDonald’s used the correct form of localization in their Marketing storytelling, copies, actions and strategies, so people could see themselves in the ads and act exactly as the brand meant them to.

As a large enterprise, the business knows that to impact globally, the secret is to understand local behaviors. Build global goals, but develop local actions for getting those global goals.

It so happens that hearing your native language being well used following the specific cultural behaviors, generates a sense of property and empowerment. This is what McDonald’s has been doing for so many years, and finally made it more explicit with their World Cup 2022 campaign.

A couple of decades ago, localization wasn’t cheap at all, and it was difficult to implement. Today, with all the internet has to offer, localization is a MUST for every brand with international or global goals.

Translation is odd; localization is the key for global success, because it deals with the local behaviors of a market.

Understanding the other helps us build consistent narratives capable of generating representation. In the end, what people look for in a brand narrative is to feel included and represented.

Remember, who owns the language owns the power. Not in a colonizing way, but in a way of embracing the other’s language by entering and being part of it.

Who owns the language of the audience, has the market power. McDonald’s just simply mastered the skill.

To understand how to start developing a digital, yet global, communication with your brands, Why not understand what Google has to say about it? 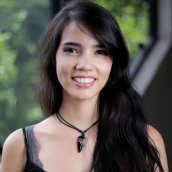 7 Tips for How to Become a Freelance Digital Marketer