Former Google CEO Says We Still Don’t Know What The Metaverse Is. What About You?

I am going to ask you a question that someone probably has already asked you or even you have asked yourself over the last few months: What do you know about the metaverse?

If you answer it without having to think too much and are pretty sure about what it is and all of its features, congratulations! You are probably not in the group of 60% of respondents in a recent Axios survey that answered not being familiar with the idea of metaverse. Experts are also unsure what the metaverse is about.

Also according to the Axios survey, only 7% of the respondents answered that they feel excited about interacting with other people and brands in the virtual world, like playing games, attending events, traveling, shopping and creating their own world.

Taking into account the amount of possibilities mentioned and the buzz created specially by Facebook (rebranded into Meta in October 2021), shouldn’t more tech lovers be excited about the new world that everyone is able to experience in the present times?

That is another tough question. The metaverse is seen as a revolution in the digital world and brands, such as Coca-Cola, Gucci, Disney and J.P. Morgan, have been investing millions (or billions) to surf on the wave of virtual reality. In January, Microsoft announced their plans to acquire the gaming company Activision Blizzard, hoping that their expertise would “provide building blocks for the metaverse”.

That corroborates with Schmidt’s opinion about the first interactions with the metaverse, which he thinks will be gaming and digital currencies. Companies invested more than $500 million in metaverse real estate sales in 2021, but for Schmidt, this will only be a worthwhile investment just in the distant future.

The whole concept of metaverse sounds pretty interesting, when we take into account that a whole new world of possibilities is coming to life. However, it is important to notice that it is also very intangible, where we interact with things that are not physically close to us or have never existed in the real world.

One of the issues of dealing with intangible things is that some people might not feel a hundred percent safe or trusting. The numbers on the Axios research may also be reflecting this. The other point is that the main concept of metaverse is still a paradox and quite undefined. It is something that we cannot touch and companies have different approaches to it.

If even the former CEO of one of the biggest technology companies on the planet has his doubts, non-experts would likely be even more confused. Is the metaverse a game? Is it just software? Is it a bunch of artificial intelligence together? A social network? All of this in one? It is still quite complex to discuss.

Social distancing and the metaverse buzz

We have mentioned in this article that the metaverse is not an idea blasted in 2021. It has been joining our reality as technology evolves. Second Life, for example, was launched in 2003 with a similar idea. It saw rapid growth in its initial years, but eventually became just another virtual space. It didn’t transform or revolutionize the way we interact online.

When we think about the recent buzz the metaverse concept received, there is something that we can look deeper into: the timing. In late 2021 we were about to close our second year of the Covid-19 pandemic. In this period, the world went through many transformations very quickly.

Social distancing made people and companies interact with each other almost exclusively through the internet. Social media usage skyrocketed and so did the web conferences and meetings. Facebook was one of the pioneers in bringing the idea of metaverse to the public and making it the buzz it is, leading other enterprises to plunge into it as well.

Coincidence or not, the tech environment back in 2021 was very likely to help people enjoy new ways of virtual interaction. Living social distancing with new possibilities to virtually interact with others sounded amazing.

As time passed, the world started going out again and back into offices. The main idea behind the metaverse remained and gained more visibility, even in movies. However, it was not possible to see consistent evolution in terms of definitions and clarity on what it really is or how this connects to our daily life.

A hypothesis is that the term and the whole concept of metaverse came up without being completely developed – or not clear enough to deliver credibility. The pandemic may have given it a boost to trend as a new way of interaction, rushing to launch it, but things started going back to normal and people were already tired of physical distancing.

The impalpability of the metaverse plus the willingness to touch people and things again can help us understand why it has not become part of so many lives yet.

The metaverse idea needs to be better defined

The idea of creating a new reality, new ways of interacting with people and companies and having so many virtual possibilities sounds amazing! However, as it is something abstract, the whole message and concept must be very well worked out to better illustrate and keep it closer to the audience.

Time will tell how we are going to evolve into this new universe, but by looking at what we have so far, it is still too blurry to see what the future holds. If (hopefully not) we need to go back home for longer periods of time again, we will be halfway ready to build new virtual interactions and then, huge opportunities for metaverse investors.

Meanwhile, we can enjoy the real world after being enclosed for so long and using the internet to share what we’ve been living outside.

We can’t deny that a new trend brings good opportunities. People and companies that are currently investing in the metaverse have their chances to be ahead of the rest that still “live the real life”. The simple fact of learning and diving deeper into a topic that is gaining relevance, but is still mostly unexplored, is an advantage. Nonetheless, the higher the investment in an uncertain scenario, the higher the risk.

Several companies invested in Second Life back in the day, opening virtual stores, promoting events, selling virtual products and having a constant presence there with their audience. It was great for brands for some years, but since the virtual world didn’t last long as a popular platform, we should wonder if the investment paid off. We can’t say all of the current metaverse ideas will flop, but we need to look at history to stay aware.

Large investments by big tech players in the Metaverse can be a good excuse to make it work and insert it into our routines, since the investments must be worthy. This is another point that time will show what these players are up to in order to get the best from their ROI. 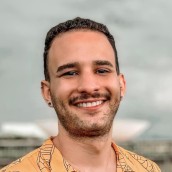 Smash Your Sales Goals with These 9 Shopify SEO Tips 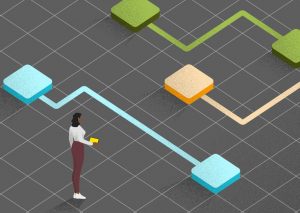 The beginner’s guide to Marketing Automation