We debunk 5 myths that mislead content marketers when writing for mobile so you create better content, regardless of the screen size.

In 2014 the number of mobile users eclipsed desktop users. Since then, mobile technology has continued to change the way we browse the web and connect with brands. “The latest data shows that we are now well past the tipping point.” says Smart Insights, as “mobile digital media time in the US is now significantly higher at 51% compared to desktop (42%).”

Today, 80% of internet users own a smartphone and consumers are “multiscreening” (browsing on both mobile and desktop devices), meaning it’s more important than ever to create consistent experiences across devices. This is about more than simply making your site mobile responsive. It means thinking about how the vertical screen changes the way we write and structure content.

Below we debunk 3 myths that mislead content marketers when writing for mobile so you create better content, regardless of the screen size.

Myth 1: Write for the Golden Triangle

“It’s time to toss the old paradigms,” says Neil Patel, and “forget everything you thought you knew about reading content online.”

The Golden Triangle – During eye-tracking studies researchers learned that users focus primarily on the upper left corner of a website or search engine page results. This triangular region is where the majority of the eye movement was focused.

F-Shaped Pattern – Researchers also noticed a variation on the golden triangle known as the f-shaped pattern for it’s resemblance to the letter. Users were likely to read horizontally through the first line before moving down the page and reading across in a second horizontal movement that covered a shorter area than the previous line. Users would then scan the content’s left side vertically, forming the stem of the “F”.

However, this all went out the window with the introduction of mobile screens. There’s simply not enough text on the screen to create these reading patterns. Instead, users focus on the center of the screen. The eye-tracking study below reveals that readers devote 86% of their attention to the upper two-thirds of the screen, missing most of the lower content.

This means the way you structure information is extremely important. On a desktop web page there is plenty of room to craft a message and keep it above the fold (the area visible before the reader must scroll). However, on a mobile device you don’t have the luxury of space – every word has to count. Structure your content so that only the most important and gripping information appears above the fold.

Start with a powerful headline, followed by a few lines of text that function as a subheading. Headlines are especially important when writing mobile-optimized content and should compel the reader to move below the fold. A long headline will push your subheading offscreen, so keep them short, engaging, and to the point.

If you’re writing a blog post, don’t begin with a meandering anecdote or mobile-users might never scroll down to the meat and potatoes of your article. When creating a landing page, make sure that the text doesn’t push your CTA below the fold. Keep cutting away excess text until you simply can’t anymore.

Make no mistake – visuals are important. In fact, Visual content gets 94% more total views and is 40 times more likely to be shared on social networks. However, those writing for the mobile screen should think carefully about how they integrate images into their content.

Eye-tracking studies show that mobile users are likely to focus more on images than they do text. Use images sparingly and only when they add value to your content. In other words, include the graph that illustrates the research you quoted, but forget the stock image that you’re using just for the sake of including an image.

Some visual content, like infographics, are less conducive to the vertical screen. If you suspect that an infographic is going to get a lot of mobile traffic, try breaking it up into consumable pieces that don’t require the reader to zoom in and out to read.

It’s also important to pay attention to file sizes when considering how your images will render on a mobile device. Mobile devices often load images slower than a desktop or laptop computer, and large images can eat up valuable data. Try to keep the size of your image at 20K or less so you won’t lose your readers’ attention during long load times or drive up their phone bill.

People use their mobile devices for messaging, calling, gaming, tweeting, snapping, scrolling through Instagram, swiping right – the list of distractions is endless.

This means that you’re not just competing against other content on the web for attention, you’re also up against the endless stream of notifications from apps that threaten to pull the reader away from your content. In order to maintain your audience’s attention, you need to create easily-digestible content.

Reading long paragraphs of text takes a lot of concentration on any device, so keep them short and succinct to help your reader focus. Remember that paragraphs that seem short on a desktop can quickly turn into a wall of text on mobile devices. Help out your mobile readers by writing in snippets and cutting your paragraphs down to two or three sentences.

You can also experiment with subtitles, bulleted lists, and highlighted quotes to break up text into consumable nuggets and improve mobile readability.

As mobile devices continue to eclipse desktops, the best way to prepare your content for the vertical screen is to make sure that it’s not only optimized for mobile but also structured for mobile. Don’t fall into these three traps and you’ll be on the path to creating content that holds your readers’ attention regardless of the screen size.

Now that you know how to write for mobile, how do you measure your success? Check out our whitepaper How to Measure Success in Content Marketing for tips and expert advice on how to measure the success of your content marketing efforts. 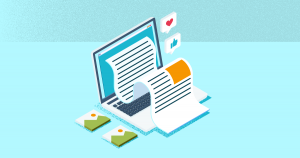 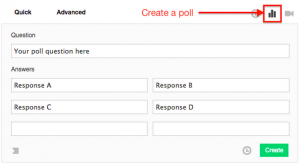 Smash Your Agency’s Goals with These 7 Growth Hacking Strategies