Netflix Games is the streaming platform entry in the gaming industry. This movement can bring interesting insights to marketers about how content can be used to maintain an active image in the public and bring new business.

The gaming industry is getting even more crowded. Last week, Netflix announced it will venture into the gaming world, one of the most profitable markets out there.

Netflix Games started with five titles available for Android, iPhone and iPad users, two of them related to the universe of one of Netflix’s most famous shows: Stranger Things.

Netflix joins a trend started up by big companies like Google and Amazon who want to take a bite of the market that is increasingly growing by the day..

According to Netflix, the games will be listed in a dedicated category inside the platform and will be included in the basic subscription, with no extra fees, ads, or in-game purchases.

As we can see from this information, Netflix is not planning to directly profit by selling games to the public (not at this time). Instead, they are aiming at something much more important and difficult to achieve; something that games are proving to be an excellent strategy to utilize.

It’s all about time and attention

Yes, Netflix wants more customers’ time and attention, and they are investing in games for that. This sounds similar to a content marketing strategy, right?

Have you ever looked at a person’s face when playing games? You’ve probably seen wide-opened eyes and an expression of total concentration.

As reported by The State of Online Gaming Survey 2021, the average gamer spends more than 8 hours per week playing video games (25% play for more than 12 hours).

It represents a 14% increase compared to last year’s survey. This number is forecasted to be even bigger in the following years and that’s exactly what Netflix (Google and Amazon, too) is betting on.

During these “information times”, making people spend more time inside your domain while interacting with your content is more valuable than gold. The idea now is not only getting in front of people, but staying there as long as possible. It’s essentially creating a relationship.

Netflix has been aware of this concept for some time.

In January 2019, while releasing its business results, they reported that one of their main competitors was neither HBO or Disney, but Fortnite (Epic Games).

The game, with more than 200 million users at the time, was seen as a threat because it managed to retain the most precious thing in the entertainment world: people’s time. And speaking of famous games, Netflix recently launched Arcane, an animation telling the origin of some characters of League of Legends (Riot Games).

You know what they say: if you can’t beat your enemy, join them by diversifying your content.

Netflix is diversifying its content to retain people’s attention…and you should do it, too

It’s a really tested and proven strategy: diversifying your content can help people be interested first in you, as an authority, and then, in what you have to offer.

This doesn’t mean just making content by itself. With all content marketing initiatives, it’s important to understand your public and create visuals and messages that make sense for them.

And, if your content is really good, people will be anxious to check your next release. That’s one way to form a fanbase and a goal of every marketer.

While building a fanbase is THE business model for any entertainment business like Netflix and Epic Games, any company in any industry can have an engaged audience and organic promoters.

Of course, content is the final product of every entertainment company, and that might not be true for other industries. But content is content. People will consume it and, if it’s good, they will come back for more.

And as long as you diversify the types of content you offer, the chances of getting attention from people and having a positive impact on them are higher.

In other words: now in 2021, just publishing traditional content in your corporate blog is not enough.

Netflix realized that just offering series and movies would not be enough to retain people inside their platform.

Rock Content, we lead this trend. We are a company that became well-known for creating evergreen SEO content that ranks high on Google.

That’s awesome, but we needed more (and so do our consumers).

So, in a few years, we started investing in interactive content such as quizzes, solution finders, assessments, interactive ebooks and infographics and so on.

There’s more: videos, podcasts, newsletters, thought leadership articles. What do your public consume about your area and how can you help them with valuable information?

We are in the Content Experience Era, where the people tend to just ignore ads, but want companies to inform them. What are your companies’ efforts in that area?

If you liked this post, I’d also like to invite you to subscribe to our newsletter below to receive weekly and straight to the point trends in Marketing and Content direct to your email. 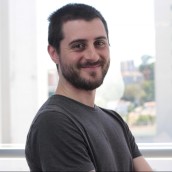 What is Link Baiting? [+ 7 Types of viral content to generate more links]

Transparent Digital Marketing: how to master the cookieless era to create valuable relationships 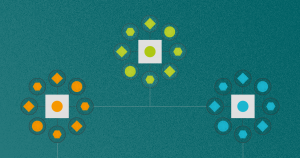