Netflix On Videogames And Epic Games On Streaming. Why Is Diverse Content Important Today?

For the last decades, the entertainment industry was divided into segments. We had great movie companies, huge music labels and videogames brands. And each segment was unique, not only because of the way their products were consumed, but also because of the technological limitations of the time.

But that’s changing. Netflix, well-known for its streaming, and exclusive movies and TV series, bought a videogame studio. And Epic Games, famous for titles like Fortnite, just acquired a music streaming service. Is everything mixing up?

But how did it begin? Fortnite.

In the beginning of 2019, Netflix stated in a report that it’s main competitors are not Disney nor HBO, but Fortnite, a gaming platform… Or should I say an interactive media platform?

It started as one of the world’s most famous battle-royale games, with more than 200 million registered users, but in the fight for attention, Fortnite adapted itself, hosting live concerts for artists like Marshmello, Travis Scott and Ariana Grande. And that literally changed the entertainment market as we know it.

Netflix saw that change, and little by little, users saw great innovation. Passive content consumption isn’t a choice, it is necessary to keep users engaged with the content, let them be a part of it. The streaming platform added a new kind of interactive movie, Black Mirror: Bandersnatch, which received a lot of reviews and stood on the trending topics for weeks, but it wasn’t enough.

After some experiments to explore a new market, Stranger Things, one of its best series out there, was converted into a video game. And with this successful movement, in September 2021, Netflix bought the video game studio Night School Studio, definitively entering into the mobile gaming market.

On the other hand, Epic Games just acquired Bandcamp, an independent music platform known for having a more friendly approach to small artists than other streaming platforms like Spotify and Deezer.

Despite some criticism from musicians, who see this acquisition as a likely increase in commissions, this can also mean that their music is going to be heard by more audiences. Some tech experts say that Epic might be looking to integrate the vast music catalog from Bandcamp into their cutting-edge technology. We are talking about their live events inside games like Fortnite and making it easier to license music to be used inside their game engine, Unreal.

Epic might also be looking to integrate Bandcamp to the Epic Games Store, where more than 160 million players linger. It’s again all about diversifying content formats.

Everything is mixed up

Can we take the Netflix example as a specific one? No. The entertainment industry is moving towards this way, as Microsoft bought Zenimax Media, an American video game holding company and Epic Games buys Bandcamp, an American online music company specialized in  independent musicians.

We’re living in an era where our time and attention are our most valuable coins, and this not only applies for entertainment purposes, it is now a new standard of how users consume content in general.

Users are no longer passive on the content, they want an experience, to feel be part of it. That’s how you can retain their interest in your brand. Today, content strategy is not just user consumption. When Netflix brings videogames to its platform, it wants people to not just watch movies or TV series, but to engage more.

It’s about interactivity. Netflix had an on-demand experience, but not an interactive experience like Epic Games. Joining the two worlds, you can create a full experience and make visitors travel around your platform, work every step of the buyer’s journey and become a reference for the market.

It can apply to lots of industries, not just entertainment. For example: if you are a financial service, why not have a calculator about how to save money at the top of the funnel to attract prospects? In the bottom, you can offer another one to calculate the loan taxes, for example. If your company sells computers, why not offer a quiz to help the prospects to find the best configuration for each need?

Doing that, you start to have a closer relationship with your prospects, improving the brand awareness and making them walk seamlessly during your funnel – and become loyal customers and promoters of your brand (the best marketing ever!)

Netflix, Microsoft, and Epic Games shows us that mixing content – static and interactive – is a tendency that can help companies to grow the users engagement – and its business. Is your brand looking for that?

If you liked this content, consider subscribing to our newsletter to receive great articles like this directly in your inbox. 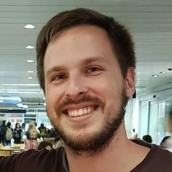 The 7 Habits of Highly Influential CEOs

How brands can benefit from audience participation, too

Check Out the Top Content Marketing Services for Agencies