How To Talk To Your Graphic Designer 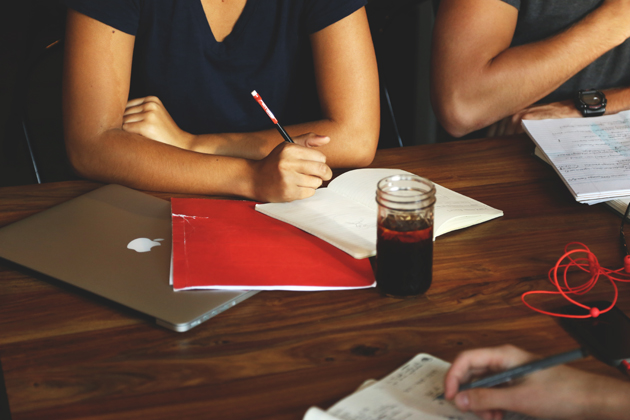 Designing anything from scratch is hard, especially when you’re new to working with a designer or design team. Turning an idea into a product is a laborious process, and can’t just be handed over to design professionals; the client needs to be involved to help guide the process. Your job as the client is to help the designer understand exactly what is in your head so they can best serve you. While it’s easy to blame an unsatisfying final product on the designer, it’s up to the client to communicate effectively, give their designer all the tools they need to succeed and ensure that the best product is delivered. The best way to get the most out of your graphic designer or illustrator is to give them useful feedback they can take back to the drawing board.

Give feedback early and often. Nothing is more frustrating for designers than getting to the end of a project and hearing there is an issue they could have corrected many steps ago. Telling designers about issues early saves them time and results in a better project, as elements don’t have to be altered last minute. Take time to carefully look at the first draft that your designer hands you, make a list of the corrections you would like to see and state all of them at the follow up meeting (or, if you are working with Visually, in the Project Center). This won’t preclude further revisions, but it will prevent designers from iterating off of details and ideas they thought you tacitly approved. In general, if you don’t tell a designer something must be changed, they won’t know there’s an issue.

When listening to client feedback, there are few things more frustrating for a designer to hear than phrases like, “This looks weird,” or “Could you make it pop?” Inevitably this will elicit a “Ok, and….?” response in your designer’s head. While something may indeed look weird, saying so without describing what you specifically find weird doesn’t help the designer solve the issue. At all times, be as specific as possible with feedback. Come with examples of styles, fonts, color palettes or layouts you’d like to refer to (and be able to verbalize what it is about those examples you like), or be able to point to specific elements you would like changed. Instead of “That looks weird,” say “The layout seems cluttered. Could we simplify this?” In the same way, be specific about the elements of the design that you like. If there’s a part of the design that you want to see more of, be sure to point it out specifically. While not everyone needs to be a design expert, giving specific advice requires a base level of design knowledge. Try to take the time to read over information like this Visual Design Basics guide from usability.gov to learn more; it may help you save time with your designer later.

Talk about making improvements, not about mistakes

While people who work in visual arts and design are used to and receptive to criticism, it’s still easy to get on your designer’s bad side by questioning their judgement or being unnecessarily harsh when suggesting changes. Approach your relationship with your graphic designer in the same way you would a loved one, with discretion and tact. When criticizing an aspect of a project, try to frame the criticism around you and your preferences instead of their judgement. For example, when approaching the subject of changing a font style, don’t point to your designer’s work and say “This font is ugly,” but rather, “I would like to try a different font here.” Then specify the direction you’d like to go.

Listen to what your designer has to say

If you have suggestions on how to improve a project, there’s a good chance that your designer has already considered it. If so, be sure to ask for your designer’s reasoning as to why they made the decision they did. This allows you to see what your designer is thinking and learn more about their process and limitations. Once you and your designer state your cases, it’s time to start negotiating. Find out what the designer insists is necessary and indispensable to the project, then compromise on what can be changed.

Allow your designer some freedom

While some clients may come into meetings with too few ideas, some have too specific a vision of what they’d like to see. If the designer returns with a draft that does not include every exact element you asked for, be sure to consider the changes your designer made before dismissing them. Sometimes when a designer works with too many demands, the final product looks like it was created by checking off boxes on a checklist. Be flexible, know what’s necessary to your product and what isn’t, then let your designer use their skills to create and improve upon your vision.   Allison is a former editor at the PBS NewsHour, a 2014 AP-Google Journalism and Technology scholar and a soon-to-be graduate student in journalism at Stanford University. You can follow her on Twitter @anmccartney.

Bring Your Blog Success by Avoiding These 10 Blogging Mistakes

Curate social content to spice up a real-time story