Twitter Is Going Through Changes. How Can They Impact Brands?

The saga of billionaire Elon Musk’s Twitter purchase, which has dragged on for several months, has finally happened. Musk has already stated that, once he takes over the social network, he will lay off 75% of its employees and it has already started with the CEO and other executives.

On the other hand, Twitter has announced several new features in recent months to attract the attention of users, who seem to be losing interest in the microblogging service.

In the midst of so much news, it remains for us, Marketing professionals, to know how these changes will impact the brands that are present on this social network, whether advertising or creating content.

Following the wave of other social networks, Twitter has been announcing news so as to not be left behind. Among the changes, in testing or already available, are the:

These novelties respond to old requests from users of the platform or trends identified on other social networks. For brands, they can represent great opportunities to create content and stand out.

Is the bird network losing users?

One factor has been worrying brands and investors, in this case, Elon Musk himself. Internal research, released by Reuters, has identified that heavy users are no longer as active as they once were.

These users represent a small percentage, less than 10% of active users, but they are responsible for 90% of all tweets generated. Some influencers have also slowed down on the network. In fact, this was one of the reasons that led to Elon Musk’s attempt to withdraw from the negotiations.

Meanwhile, topics such as cryptocurrencies and explicit content have become popular topics among English-speaking audiences.

However, according to a spokesperson for the social network, Twitter’s general audience continued to grow, reaching 238 million monetizable daily active users in Q2 2022, which makes the platform a good investment.

Despite the roller coaster that Twitter is on right now, brands need to understand what makes sense for their audience and their Marketing strategy.

If your audience is on Twitter, it’s probably worth continuing to invest in creating content for that channel. And the new features announced by the company can be leveraged according to the goals that brands want to achieve on the network.

Always try to keep up with metrics and test new formats. Compare with the results you have on other social networks to understand the real impact of Twitter on the final numbers. If the impact is positive, considering the investment made, there is no reason to give up on the platform anytime soon.

We already know that Elon Musk has different plans for Twitter and intends to turn it into a super application, which would offer dozens of services, such as payments and food delivery, in addition to the functionalities related to sharing messages and media.

If your brand already has good results on the bird’s network, you may be more likely to stand out if this change really happens – and in the public’s favor. Until then, we can only continue investing in what brings results and keep an eye on forthcoming moves. 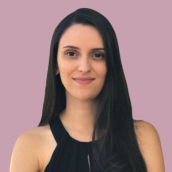 Why Should your Business be Measuring SEO ROI?