Use the Science of Emotion to Write Better Headlines

POLITICO recently ran a headline on its website titled, “The fury of Ben Carson.” In a news cycle that has been consumed with sensational stories about politicians of all stripes, it normally wouldn’t be noteworthy. At just five words, the headline’s not even a complete sentence. It doesn’t have an action verb. But the use of “fury” speaks volumes. It creates an immediate emotional connection with the reader that appeals to readers in a way that the basic meaning of the words doesn’t on its own. Sure, we’ve all been angry. But think back to the last time you were furious. It’s harder to do, right? It’s a very specific emotional place, and you immediately want to click that headline to see why Carson is upset or how that rage is manifesting itself. (Answer: In case you wanted to know.) For content marketing managers, the lesson of this headline—and any headline, social media post or email subject line—is that emotion is everything. This little bit of content, short though it might be, is your one opportunity to win over an audience. Of course you need to deliver once you get the click, but it doesn’t matter how good your content is if nobody sees it in the first place.

The need to create an emotional connection with your audience is becoming more important for three reasons. The first is your audience is consuming more digital media than ever before—roughly 5.5 hours per day per U.S. adult, according to data from Nielsen. 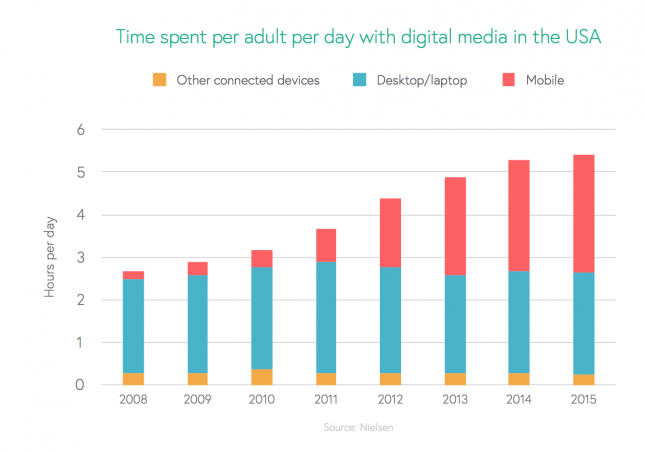 The second is that your audience isn’t growing by leaps and bounds. From the Nielsen data above, you can see that the average time online has plateaued, because the market is basically saturated. Further, data from the U.S. Census Bureau show that while all age demographics will see population gains between now and 2060, the majority increase will happen among residents age 65 and older. In many cases, brands are targeting adults ages 18 to 64—a timespan that typically covers our highest-earning years and thus the ability to pay for more goods and services than those younger or older. Those prime demographic categories will each grow by less than 20 percentage points in the decades ahead.

Third, your competition is heating up. Fully 76 percent of B2B content marketers and 77 percent of B2C content marketers say they will create more content this year than in 2015, according to the latest benchmark reports by the Content Marketing Institute and MarketingProfs. This creates a supply and demand problem. There is simply way too much content for people to consume, and the impact of this surplus content is becoming quantifiable. For example, TrackMaven just published a report that showed (among other things) that the level of engagement with social media posts is inversely proportionate to the number of posts brands make: 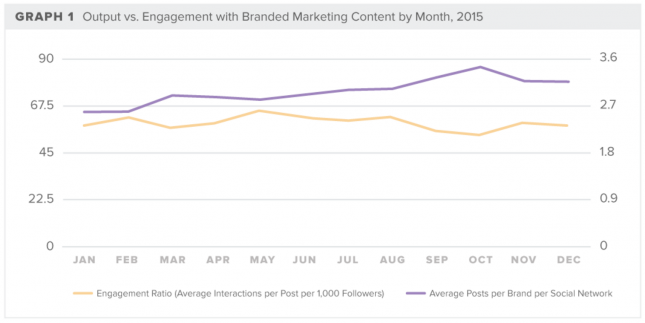 Bottom line, at a time when people’s attention span is only eight seconds, you have a very small window to connect.

Spin the wheel of emotion

As sociologists and psychologists have tried to understand our emotional connection with words, they have developed tried to find frameworks for organizing and classifying them. Perhaps the most famous is Robert Plutchik’s wheel of emotions: 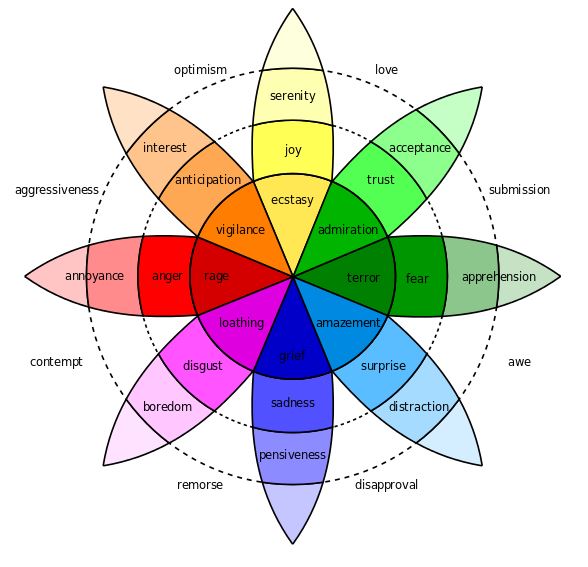 Writing in the January/February 2001 issue of “American Scientist,” Plutchik presented this visualization as a means of describing the “relations among emotion concepts, which are analogous to the colors on a color wheel. The cone’s vertical dimension represents intensity, and the circle represents degrees of similarity among the emotions.” Plutchik noted eight primary “emotion dimensions”:

A tool for modern marketers

These core emotions are a helpful framework for marketers, but the purpose of Plutchik’s paper was to detail evolutionary psychology, not help content marketers become better users of emotion in copy. In theory, marketers should be able to identify the emotions that matter the most to their audiences. While “fury” may have struck a chord with readers who are interested in politics, it probably doesn’t have the same impact on parents shopping for toys, college grads shopping for a car loan, or shipping managers looking for better operations software. But by consciously testing different emotions in their copy, marketers can zero in on the right ones for their audience. One tool to achieve that goal is the reimagined wheel of emotion from Persado, whose automation software tests headlines and subject lines with different emotional qualities to automagically optimize messaging. Thinking about copy in the context of  Persado’s wheel gives you a great framework for running copy tests that can help improve your overall messaging strategy. 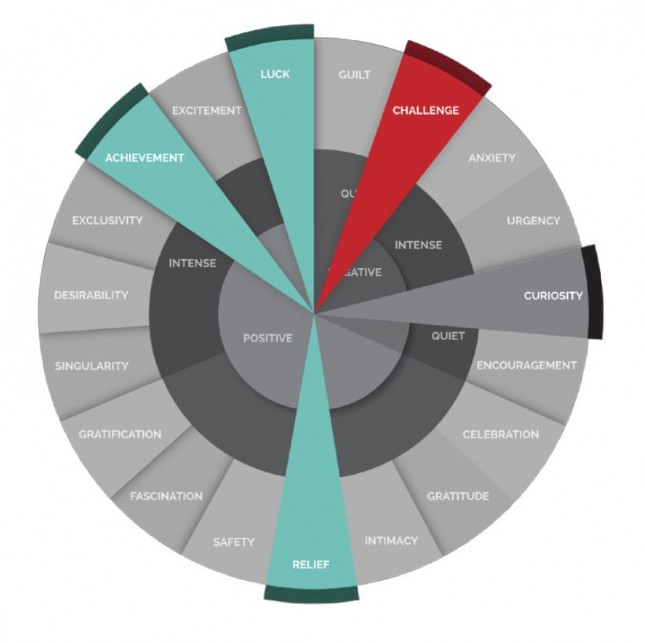 In content marketing, emotional language is critical because it “contributes upwards of 70% to the performance of a message,” Persado notes in a recent report. “The importance of this contribution is further amplified by the fact that the response variance between the best performing message and the worst performing message can, in some instances, be upwards of 800%.” But the only way to really know what resonates is to test different approaches. For example, Persado’s testing of millions upon millions of emails has found that the audience for the finance and insurance industry is much more likely to take action in response to a marketing message of:

But for retailers, their customers are more likely to take action in response to the opposite type of marketing message:

Be deliberate about learning

Science may give you a good framework for thinking about the use of emotion, but the only way to know what’s going to work is to test. The good news is that you’ve probably got dozens of opportunities a month to run tests. Every email is a chance to learn. Every tweet could teach you something new. Work your way around the wheel of emotion until you can pinpoint the emotions that grab your audience and make the message more than the sum of your words.
Nate Birt is a multimedia journalist, social media enthusiast and copy editor with experience at a variety of print and digital publications, and a Contributing Editor to the Visually Blog. Follow him on Twitter at @natebirt.

Negative SEO: Protect Your Brand from These 5 Harmful Tactics

Data Marketing and Content: How to Make Them Both Work in Your Strategies