What happens when real-time content meets art (and marketing)

Rock Content as a medium in art. That’s right – and what’s more it can be a great way of combining the performance to create a guerrilla marketing operation.

Picture this: a newly-opened pop-up concept store in Milan curated by an art collective, whose theme is “animal spirit.” Passersby and customers walk in, and arrive in a dark room where they’re met with  screaming music and messages bolted on the walls. They’re are asked questions like “are you prey or predator?” and “are you dangerous?”. Still with us? Well, it is art after all. 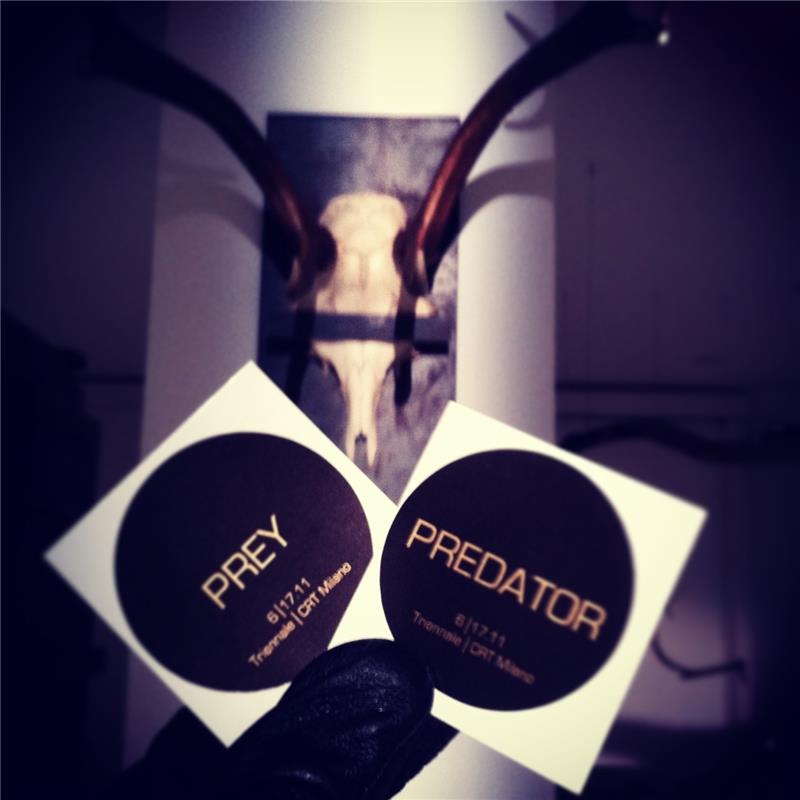 While all this is going on, a real-time storyteller produces and curates a multimedia feed using Rock Content and projects it onto a screen. Finally, after the show, people get the chance to buy a piece of art that most represents their feelings evoked by the performance.

“We create an environment that is on the edge between art, shopping and production,” the cultural collective Mali Weil behind the operation have declared in numerous interviews. Another Italian media collective and a cultural organization, Perypezye Urbane was in charge of multimedia element of the experience that was directly linked to the commercial opportunity. The artistic happening was held at CRT Milano/Teatro dell’Arte, one of the most experimental theatres in Italy.

Three days before the performance, Perypezye Urbane asked some prominent members of the blogosphere to publish a post on the concept of “animal spirits”.

“The result was a sort of jam session,” according to Virginia Fiume, Perypezye Urbane’s digital content curator. “From Italy to Berlin and Brazil, [people published a lot of material] on this topic, helping to increase awareness about the “physical” performance itself. Every post of course contained a link to the official liveblogging URL and to the official hashtag for the initiative (#StayAnimalSpirit).”

Virginia has experimented with real-time storytelling during conferences and a couple of public debates on cultural policies (one of them is summarized here with Scribble’s LiveArticle and had more than 30 minutes average engagement time on page).

At the entrance of the Concept Store, spectators were informed about the presence of Virginia, the real-time storyteller, who published a real-time account of the performance mixed with both her personal perspective and the answers walkers-in gave to Mali Weil collective’s questions.

The storyteller was well equipped with all sorts of background materials: pictures, quotes, backstage images and pictures of all the art objects, all of which were uploaded in the Rock Content backend through using the Article feature.

During the performance, some engaged with the liveblog, while others tweeted about the event but everyone expressed an opinion on what “animal spirit” meant for them. At the end of the performance, spectators received a pin carrying the #StayAnimalSpirit twitter hashtag, as an open invitation to continue the conversation via Twitter, engage with the brand and, hopefully, purchase some of the art on sale.

“Some of the people came spontaneously to me in order to give me an account of their experience.” says Virginia Fiume. “With some of the less shy ones, I dared shooting a one-minute interview through the webcam,” she said.

“The result was a collective storytelling on a given topic.”

Being asked on the results of the arts vs marketing initiative, Virginia writes: “Every chance to be known is fundamental for concept art spaces like this one, and for the economical sustainability of the project itself. The performance is based on a complex system of literary, artistic and socio-economic references that cannot be completely recalled during the performance itself.”

“Performers and artists feed off the reactions of the audience: an active audience is fundamental for a good-quality performance, it brings it to life.”

The performance drove more than 600 unique visitors to the page, who stayed for an average of 17 minutes.

Mali Weil wrote Perypezye Urbane an email a couple of days after the performance: they said they never received so many email and comments on their FB/Twitter account as after this experiment. They decided to keep the official hashtag alive to have a fil rouge between one “opening” of the concept store and another future one.

At the same time, as Virginia Fiume recalls, Perypezye Urbane discovered a powerful tool that can be offered to different festivals and performing arts collectives in order to both push new, alternative communication campaigns and create multi-level performing experiences. “This can be monetized and could help create another cash-flow for the cultural sector, which in Italy still struggles to find economic sustainability.”

FOIT vs FOUT: a comparison on web font loading

How to Spot and Manage Toxic Backlinks That Damage SEO

How to Build and Scale Your Sales Machine