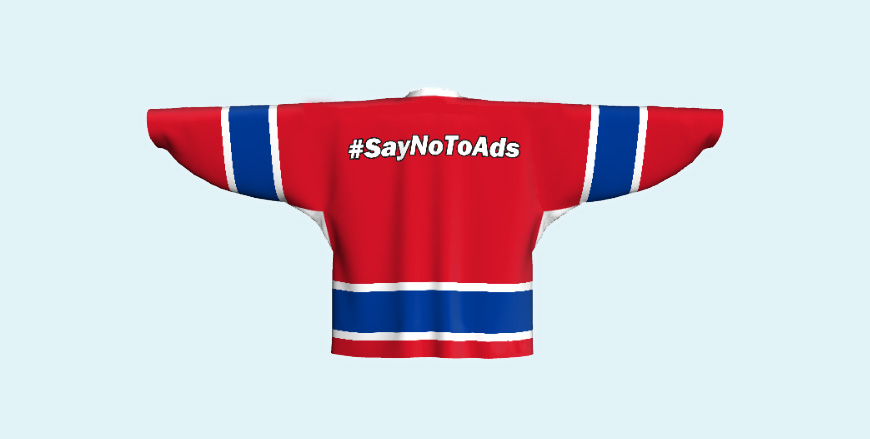 Advertising is no stranger to sports. Dozens of arenas and stadiums are branded with logos of corporations affiliated with the home teams, while some leagues (primarily in Europe) permit corporate advertising on team jerseys. Companies recognize that there is plenty of money to be made in the world of sports marketing, and frequently negotiate sponsorship deals with leagues.

Opinions regarding advertising in sports, especially in regards to jersey ads, are divided to say the least. On the one hand, leagues around the world believe jersey ads are reliable streams of revenue that financially support the games. On the other hand, many players and fans believe team jerseys are sacred and should remain free of corporate sponsored logos.

North American sports leagues have been reluctant to approve jersey advertising, despite notable interest within several of the continent’s “Big Four” leagues. The debate is currently overtaking the hockey world after the NHL hinted jersey advertising could be tested at the World Cup of Hockey, which will be reintroduced to the game ahead of the 2016-17 NHL season.

While European jerseys, particularly soccer uniforms, have been labelled with corporate brands for many years, North America’s four largest sports leagues refused to jump on the bandwagon. Marketers working within Major League Baseball allegedly lobbied for jersey advertising ahead of the 1999 MLB season that, if approved, would have introduced corporate sponsored logos onto baseball jerseys.

Then MLB Commissioner Bud Selig was against jersey ads and vetoed the plan. It remains to be seen whether Selig’s successor as commissioner, Rob Manfred, will alter the MLB’s course.

The NBA’s marketing department is also pushing for jersey ads in professional basketball. According to inside sources, the league designed several team jerseys branded with corporate logos during the 2012 offseason, though executives ultimately voted against placing the designs into production.

As with the MLB, the NBA has a new commissioner, Adam Stern, whose executive team is revisiting jersey ads in 2015. Deputy Commissioner Mark Tatum confirmed the NBA is experimenting with jersey ads and intends to be first among the Big Four to launch the new uniforms – a subtle hint the jerseys may debut before the World Cup of Hockey in the fall of 2016.

The NFL under Commissioner Roger Goodell has taken a position against the NBA plan, though many football writers believe it is only a matter of time before jersey advertising comes to the NFL.

Despite its overwhelming popularity in Canada and success in several metropolitan markets in the United States, the NHL is a distant fourth in terms of size and influence among North America’s Big Four leagues. As of the end of the 2013-14 season, the NHL was the only league in the Big Four that did not generate over $4 billion of revenue that season, though the $3.7 billion was a record for North American hockey.

A major issue that plagues the NHL is that several franchises are failing to turn profits. The most publicized example is the Arizona Coyotes, which were officially placed into bankruptcy in 2009, forcing the league to assume ownership of the team.

Revenue from the NHL’s most profitable markets was used to finance the ailing Coyotes until a new owner agreed to buy the team under the league’s terms. That deal was made in 2013 yet seats remain empty, ticket sales remain well below expectations, and the team continues to operate at a loss.

Those losses are even more challenging for the NHL as a result of the declining value of the Canadian dollar. The value of all 30 teams was listed by Forbes, which proved that several of the NHL’s most profitable franchises operate in Canada using Canadian currency, including the Toronto Maple Leafs, the Montreal Canadiens, and the Vancouver Canucks.

The money earned from those three franchises as well as the four other Canadian teams, when converted against the US greenback, reduces the league’s profitability. Consequently, the NHL seeks alternative solutions to remain competitive among North American sports leagues.

If the World Cup of Hockey will be the NHL’s jersey ad trial, the corporate branded uniforms could be distributed across the league in time for the 2017-18 season. It was confirmed on August 17, 2015 that Adidas will succeed Reebok, a sister sportswear company owned by Adidas, as the exclusive manufacturer of NHL jerseys, beginning in 2017.

League sources told TSN that the new deal will double the rights fee paid to the NHL from $35 million to $70 million. Adidas is expected to adjust the designs on uniforms to synchronize with the company’s own style. Might those tweaked designs and increased rights fees be the NHL’s indirect approval of jersey ads?

The NHL Board of Governors discussed their sports marketing strategies at a meeting in New York last fall where the topic of jersey advertising was presumably raised. League officials estimated that the NHL could generate as much as $4 million per team by authorizing corporate logos on jerseys. However, it’s unclear if the league will decide on sponsors or if team owners will make their own decisions.

Adidas, in an attempt to increase its market share against North America’s largest sports fashion and equipment manufacturer Nike, could reasonably lobby the NHL to accept jersey ads. The question put before the league will be – is increased revenue worth the backlash from players and fans alike?

When the NHL first solicited interest in jersey advertising back in 2008, several of the league’s most accomplished players like Martin Brodeur and Dominik Hasek openly favoured the move. But younger players competing on the ice today are less accepting of jersey ads.

One of the players leading the fight against jersey advertising is Blake Wheeler, right winger and alternate captain of the Winnipeg Jets. In a direct criticism against the league, Wheeler sent a message to his Twitter followers that the NHL would be foolish to approve jersey advertising.

That message was favoured by over 8,000 of Blake’s followers and retweeted another 8,000 times. Veteran left winger Mike Cammalleri, while not as direct as Wheeler, agreed that the league will take heat from fans, particularly those of dynasty-style franchises. Cammalleri was a member of the Montreal Canadiens, one of the Original Six hockey teams, and believes fans of those historic franchises – coincidentally the NHL’s most profitable clubs – will oppose jersey ads.

Wheeler’s message resonated on social media. Wheeler, an opinionated player, is a member of the Millennial generation, a demographic increasingly against advertising in all forms and more trusting of storytelling content. If more NHLers take strong positions as Wheeler and Cammalleri have done, will the league risk its already fragile relationship with the players to embed corporate logos on jerseys?

5. How Will Fans React

An even more challenging question for the NHL is how fans will respond to jersey ads. Hockey fans are very loyal and passionate about their game, returning without hesitation to the sport following the cancelled 2004-05 NHL season due to a labour dispute.

Many fans and players espouse the sacredness that is a hockey jersey, and believe the only branding that belongs on the material is that of the team logo. Even NHL Commissioner Gary Bettman, during a press conference in Vancouver last season, said he likes “the history and the tradition and the way they look” and at the time, said he is in no rush to put ads on jerseys.

With the league’s final decision maker supporting the traditional jerseys, fans opposed to jersey ads can use the commissioner’s own words to further their cause. Sports marketers vying for the new look will have their work cut out for them, and must convince the league that the potential backlash is worth the revenue from jersey advertising.

However, Wheeler’s vocal position clearly tapped into feelings shared by thousands of hockey fans. Their patience has been tested multiple times by the NHL, particularly fans of dynasty franchises who are devoted followers of hockey. Those fans who say no to jersey ads may form the grassroots of a new movement, a movement that will judge the league on whatever decision is made regarding jersey advertising. 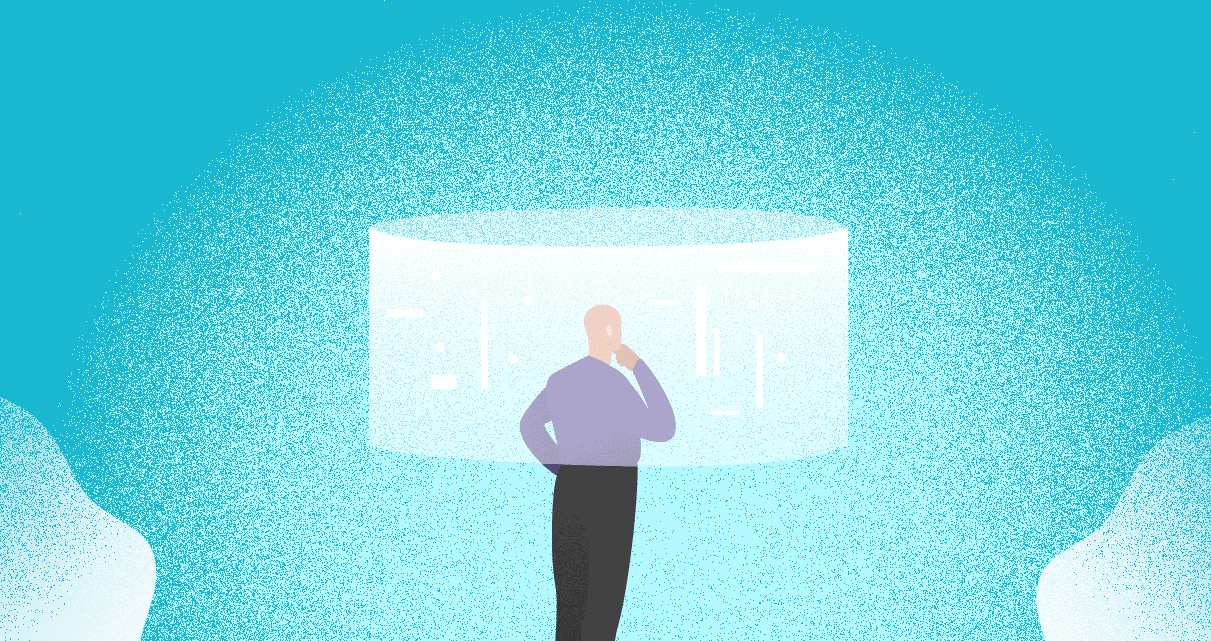 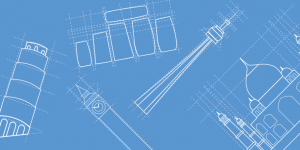 What You Need To Know About LinkedIn’s Marketplaces