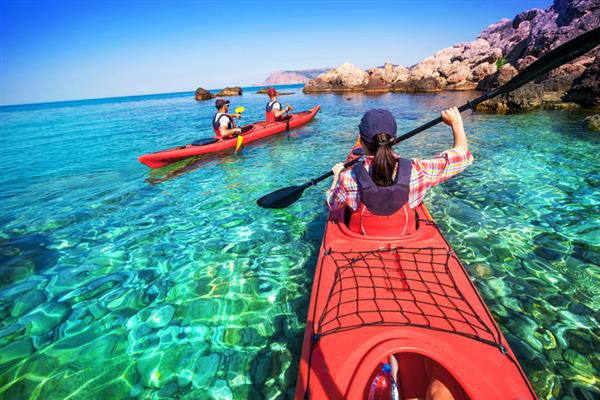 What better way to persuade someone to book a trip than to take them there using compelling photos and video? Storytelling lends itself to capturing the allure, emotion and first-hand experience of journeying to places near and far.

That’s what makes travel content marketing ideal, yet powerful. After all, travel is such a word-of-mouth activity — you always want to get the best tips from someone who has been there, done that. Using video, blogs, social media platforms and photo sharing websites as part of a content marketing plan makes that happen.

“The use of content marketing is nothing new, but it is increasingly important now that consumers have access to multiple channels for evaluating travel decisions. As long as marketers produce quality, authentic content, consumers will reward them by evangelizing for their brands,” according to Skift’s report “Content Marketing Trends in the Travel Industry”.

Travel video consumption continues to climb. Views of travel-related content has surged 118 percent year over year and travel videos are consumed around-the-clock across devices, according to YouTube data. Engagement is not just happening with content, it’s also taking place with advertisements themselves.

Hyatt Hotels Corp. looked to tell its brand story using engaging ads. “A key goal of this campaign was to dynamically bring our story to life online,” Emily Wright, a Senior Manager responsible for Hyatt’s brand experience, told Google. “That brought us to Lightbox Ads.” Lightbox Ads are a form of expandable rich media ads aimed at engagement, and pay only occurs when users choose to engage with the ad.

“We saw great engagement, at a rate of 2.8 percent, which is higher than the industry average,” Frank Wong, Hyatt’s Director of Digital Media, told Google. “Our investment was justified by the low CPE [cost per engagement] and the quality of users we were able to reach.”

Capture journey using visual storytelling. Weave a narrative. Take viewers on the journey by showing with visual content about the trip, rather than telling, and letting them be a part of the adventure.

Sixty-seven percent of travel-related videos views are for brand or professionally released videos, according to YouTube data.

That’s what Cut Media did when they produced their own epic mountain biking video that went viral called “Danny Macaskill: The Ridge” (see below). Cut Media owner and the film’s director Stu Thomson worked with brands Five Ten, ENVE Composites and Santa Cruz Bikes to help fund the film, according to FStoppers.

MacAskill navigated the dizzying terrain of Cuillin Ridge on the Isle of Skye, where he grew up. “One of the main motivation[s] is showing Skye how I see it, it’s where I grew up and I definitely still consider it home,” he told Visit Scotland. Views from helmet cams, drones and videographers captured breathtaking views and MacAskill’s navigation of the death-defying landscape. Five videos go behind the scenes into the making of the film.

The film has more than 30 million views on YouTube and links to the Visit Scotland mountain biking section. Visit Scotland also has the video featured on that section of its website. Red Bull calls it 2014’s “Coolest Mountain Bike Film”.

Go beyond text reviews with captivating imagery. Creating a visual narrative coupled with celebrity star power proves to be a winning combination. The Puerto Rico Tourism Co., TripAdvisor and J. Walter Thompson took TripAdvisor’s traveler reviews in their text format and made them into movies called traveler filmed reviews. The campaign took actual five-star Trip Advisor reviews and produced movies that portrayed exactly what the traveler wrote, according to JWT’s website.

The videos were featured on TripAdvisor. The video reviews were narrated by Puerto Rican stars such as Jimmy Smits, Roselyn Sanchez and Chi-Chi Rodriquez.

Turn to influencers to create conversation, connect with travelers. Marriott Hotels is focusing on entertainment content to reach younger travelers. In September, Marriott launched the Marriott Content Studio as an in-house entertainment division and is working with top social media influencers such as Snapchat star Casey Neistat on the effort, according to Variety.

“Our overall strategy is first content, then community, and both of those lead to commerce. Commerce can mean a lot of things. But ultimately our goal is giving consumers what they want and they will in turn give value back to us,” said David Beebe, Vice President of Global Creative and Content Marketing for Mariott, to Skift.

The three-month campaign, which launched in December, aims to create a two-way conversation with the audience around the cities the influencers will visit, according to Skift.

Up the ante of social media influence in new ways. Social media currency is gaining value as evidenced in hotels leveraging the use of Instagram. Hotels are seeing the value both in social selling and social media influence itself. Conrad Hotels and Resorts recently announced that customers can book hotels using Instagram. Conrad is using Like2Buy technology to allow travelers to book rooms at its 24 hotels, according to USA Today.

“The point of Instagram is to inspire,” Stuart Foster, Vice President of Marketing at Conrad, told USA Today. “It’s instant gratification for someone to truly be inspired to travel.”

Some hotels have tried using social media as payment. The 1888 Hotel in Sydney reopened in 2013 as a 90-room boutique hotel and dubbed itself the world’s first Instagram hotel. The hotel offers guests the opportunity to win a free night at the hotel just for taking a great Instagram shot using hashtag #1888Hotel.

The hotel gained worldwide attention for an Instagram promotion that ended in December. Instagram users with more than 10,000 followers could redeem a free night at the hotel by emailing the request. “We are currently looking at extending the [Instagram] promotion for 2015,” Michael Gray, Reservations and Events Coordinator at 1888 Hotel, wrote Rock Content’s Engage Magazine in an email.

The 1888 Hotel even has a designated selfie space in the hotel lobby to encourage guests to take photos and tag them #1888Hotel. The tagged selfies are displayed on screens near the reception area.

When it comes to selling travel services to consumers, visual storytelling is a potent way to capture attention, raise brand awareness and get people sharing that content with their social media networks.

How Stage helped the IRKO Group overcome its digital challenges 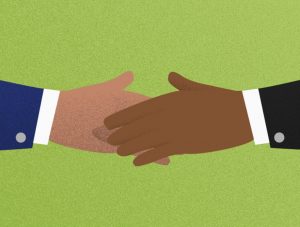