A Trans Non-binary Journey In The Corporate Sector

A brief personal testimonial of my path as a trans non-binary and gender non-conforming secret agent in the corporate sector — and the impact the professional environment had on this.

I’m Ariel Mendes, a proud trans non-binary and gender non-conforming agent from a big, South Eastern city in Brazil, Belo Horizonte, and my pronouns are They/Them.

I was born and raised outside the mainstream expectations for gender roles in a typical middle-class family formed by cis and heterosexual members, except for me — what a challenge for me and my family in terms of leveraging expectations and growing together.

As a child, I loved my mother’s high heels and makeup — “of course,” hidden from her and my two male brothers while dad was super busy at work. I also preferred having female friends and playing house and dolls — Mariana Linhares was my first partner in crime, and we were only four years old.

Since I was a very young child, I took the women in my inner circles as role models, starting with my mom, then my aunts, and teachers. Feminine has always meant the greatest power to me!

I have always felt passionate about languages, humanities and social sciences because it was there that I found some space to write, talk and create things. All of these, literally, made me feel like a fish out of water in conversations with my men or guy friends. That said, it’s a fact that I was a gender non-conforming kid ready to come out of the box.

As a gender non-congruent child, I couldn’t get away from statistics and experienced bullying and discrimination, mostly in school. That’s why I don’t have many friends from that time of my life — maybe I was too different for most of them.

Nowadays, I understand that my colleagues and I were not educated to deal with that kind of diversity — even with access to a private school from the fourth biggest and richest city in the country.

First steps, still discovering and willing to do more

It wasn’t an easy process to leave school and restart from scratch — even after several years of tough experiences. However, this condition may have helped me experience a successful journey through law school at the second-best university in my country.

I applied to study law because free speech and self expression were already part of my values, and not coincidentally, I publicly came out for the first time as a gay man with a public kiss at a freshman party. For the first time in my life, I felt I had a place in this world outside of home.

From my perspective, the process of coming out was never an individual journey, so I have questioned myself as to what I could have done to improve the experience for my community in law school, as many of my colleagues were still in the closet.

From that challenge, I am proud that I took the lead to inspire people occupying spaces traditionally dominated by cis and hetero men, becoming the first gay man to be the President of the Athletic Association; then, the first President of the League of Athletic Associations of my State; and also co-founded Fanta Uva Desportistas Unidos, the first gay soccer team to compete in the internal tournaments (a very man sport in Brazil).

For about ten years of my life, the alternance between gay and bisexual orientations filled me well, and that fluidity was never a big deal nor a limitation for my adventurous spirit.

I remember myself living happily and naturally as an LGBTQIAP+ agent wherever I lived — around ten different cities in Brazil, the US and Mozambique, and visiting more than 20 countries.

I still don’t know how I overcame challenging situations like traveling and crossing borders in countries such as Ethiopia, Zambia and Zimbabwe — places where being gay is still a crime. Also, I don’t know how I managed to live with a man partner in Mozambique, a country where gay relationships had only ceased to be a crime a couple months before I moved there, which means society was still unprepared and resistant.

More than being brave and bold in traveling abroad as a gay citizen to unsafe geographies, encouraging and releasing people has always been part of my mission. I am grateful for making a difference in a few lives.

I did it by leading affinity groups, launching pride campaigns, and organizing events to improve the experience of the LGBTQIAP+ community in the workplaces I’ve been in, such as Nubank, the biggest digital bank in the world with operations in Brazil, Colombia and Mexico.

What I didn’t know at that time is that it was all just the early beginnings for me while navigating among letters in the LGBTQIAP+ world.

Basically, in May 2021, I experienced a very intense week moving to a new space in the middle of the pandemic: city, house and job.

The waves were not good at all, and a two-year relationship was gone in this same period. For the first time in my life, I hit the bottom and understood that maybe overcoming the recurring question in my mind was the only way: am I trans? That’s how I started the chapter of my trans non-binary life at Rock Content.

Before moving ahead to this coming out process, it is important to mention that I was already dealing with some recurring episodes of gender dysphoria, but not with clarity nor awareness; only after this intense week did the episodes begin to occur with a much greater frequency.

As getting paralyzed in the middle of a circuit of self-rejection, rejection by society and rejection on social networks, which wasn’t helping that much, I started being curious and researching more about the trans non-binary experience and taking action to embrace change. After all, the new always comes, folks! Giving up is not an option. Overcoming every setback or defeat is better than winning. Taking down mental enemies daily is a great pleasure!

What I can share from this experience is that I felt lucky for two main reasons: first, my family and inner circle of friends, in general, offered me all the support needed, and second, the workplace at Rock Content was warm and kind.

Regarding the workplace, three major points will last in my memories:

I have learned from the author of Inclusify, Stefanie K Johnson, how important it is to live and lead in a way that recognizes and celebrates unique and dissenting perspectives while creating a collaborative and open-minded environment where everyone feels they truly belong.

For now, what I can tell you is that Rock Content is a warm and welcoming home where I feel free to be the best version of myself and to help empower my community to be successful in our workplace. GO ROQUEER (our Rocker network group)!

Thanks, universe. I’m still circulating inside of the initial LGBTQIAP+, and I feel I have my purpose for life renewed. That’s how my second process of coming out starts: welcome to my trans non-binary lifetime; it’s still day one!

No one can stop or silence you if you can set your boundaries! If your spark ignites, follow me — we have a lot to accomplish together. The future is non-binary!

This article is also in the new issue of Rock Content Magazine, released this August. In this issue we bring incredible content about diversity, inclusion and accessibility, an extremely important topic for brands and society today. You can download the magazine here, it’s completely free! Good reading! 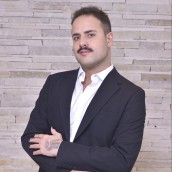 What is lead scoring and how to calculate it