Both Adidas (official FIFA partner) and Nike released numbers Monday related to their World Cup ad campaigns. Nike highlighted an unprecedented level of engagement for its brand around its World Cup videos. Adidas touted itself as being the most talked about brand and having the most hashtag mentions over any brand during the World Cup.

Adidas’ ‘All In or Nothing’ campaign results:

Adidas’s move to a real-time YouTube video strategy, which included 100 World Cup videos made in advance to respond to players and game action, helped boost its brand dominance during the tournament, according to Marketing Week.

The YouGov BrandIndex buzz score of ad awareness for Adidas rose 2.4 points to 14.9 in the last 30 days from its ‘All In Or Nothing’ campaign and deals with “high-profile players,” Marketing Week reported. But the YouGov Brand Index still ranked Nike ahead with consumers, despite a drop in its buzz score, according to Marketing Week. The YouGov BrandIndex measures brand perception among consumers each day. It eights several key areas including whether consumers heard about the brand on social media and attention, quality and value.

Adidas’ “The Final” video ahead of the German-Argentina match surpassed 18.3 million YouTube views and “The World Champions” YouTube video has had 826,900 views and nearly 6,100 likes.

Adidas will pay $1.3 billion over 10 years to Manchester United in what Forbes calls the “richest uniform deal ever”. This is of course in addition to Adidas extending its partnership with FIFA World Cup to 2030. Adidas, a partner since 1970, pays $70 million per four-year cycle, according to BusinessWeek.

Unstoppable, even on the world's biggest stage. @MarioGoetze is #Magista. https://t.co/37APzwOQkh

The tournament itself set records for social media engagement on Twitter and Facebook. The World Cup final generated 32.1 million tweets during the game. The highest peak moment that drove the most conversation on Twitter was when Germany won. This map shows the visual display of geotagged tweets around the world during #GERvARG.

Adidas won with brand awareness around the World Cup, but Nike won with consumers. Rock Content tracked brands during the World Cup with its Battle of the Brands. With the World Cup over, the next question will be whether these multimillion-dollar advertising campaigns by global brands paid off in sales revenue.

SEO: Report Brings The Biggest Challenges In 2022 And The Main Trends For 2023 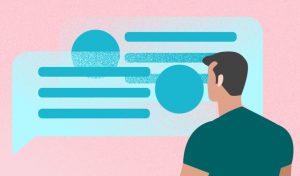 How to use social media wall for events

Football vs. Cheerleading: Who Gets Hurt More?

Are The SERPs Biased? How Common Stereotypes Affect Results (And Marketing Efforts)