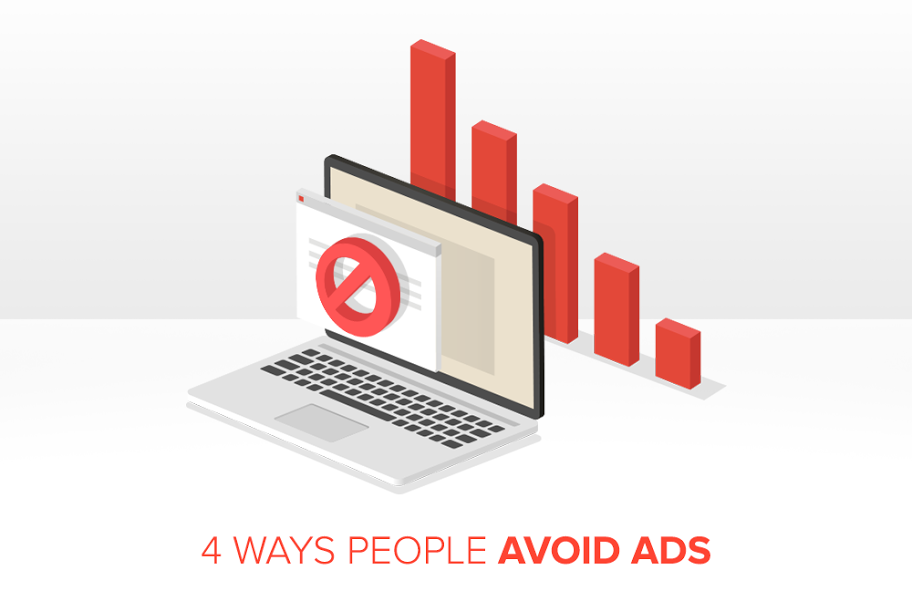 Today, you are more likely to complete NAVY SEAL training, climb mount everest, or get a full house while playing poker than click a banner ad. These stats shouldn’t be that surprising – it’s no secret that Millennials and the digital natives of Generation Z have developed a built-in adblock. Even if you do manage to get their eyeballs on a banner or commercial, it’s unlikely that the content will even register amongst all the noise in today’s media landscape.

Forbes recently interviewed 1,300 Millennials and found that only “1% of those surveyed said that a compelling advertisement would make them trust a brand more.” This generation was raised in front of multiple screens and believes that advertising is “all spin and not authentic.” They’re quick to skip commercials, ignore banner ads, or switch to a different screen during adverts.

What tools and strategies are these digital natives using to get around intrusive advertising? Lets take a look at how easy it is to tune out traditional advertising techniques in today’s technology landscape:

The web is flooded with ad blocking tools and browser extensions to help us avoid pop-up ads, banners, videos, and marketing graphics. Adblock, a content filtering and ad blocking extension, reports around 50M to 60M users per month, and according to TechCrunch 2.3 million people download Adblock software every week. These browser extensions use filter lists to block banner advertisements, pop-ups, and the commercials you often see before watching a video on YouTube.

Companies like Adblock are a testament to the new advertising landscape. Adblock didn’t grow in popularity because of a clever advertising campaign, but through word of mouth. Friends shared information amongst themselves, and the product gained trust because it was disseminated through social channels rather than a traditional advertising campaign. This falls in line with the consuming habits of Gen Y and Z, which are much more likely to consult peers, blogs, or social media for an authentic perspective on a product before making a purchase (or in this case, downloading).

Ad blocking software also helps Millennials load web pages faster and save bandwidth. Many mobile devices have capped bandwidth connections, meaning consumers now have a financial incentive to reduce the number of ads that appear while streaming video or consuming content on their mobile device. Ad blocking software not only reduces annoyance, but also helps people surf longer without paying for data overages.

Ad blocking software is here to stay, and will continue to hinder companies invested in traditional advertising. According to a report co-written by Adobe and Dublin-based PageFair recently published in the Wall Street Journal, ad blocking software will cost companies approximately $22 billion in lost advertising revenue in 2015.

Even if they can’t completely avoid ads, consumers are quick to prevent advertisers from targeting them based on their browsing preferences. Today advertisers are able to create profiles on each user by tracking their internet history and through cookie profiling. This data helps inform advertisers which products, services, and promotions will appeal to those users.

HBO, Amazon, and Netflix are just a few of the paid subscription services that are becoming known for superior content and commercial-free viewing. HBO is responsible for several of television’s most popular shows including The Wire, The Sopranos, Girls, True Detective, Boardwalk Empire, and Game of Thrones. Netflix is also drawing eyes away from cable TV with exclusive content including House of Cards, Orange is the New Black, and Arrested Development.

Consumers aren’t satisfied with ad-free TV, they also want to watch shows and films on their own schedule, not the network’s. Marketing Chart recently reported that “traditional TV viewing among 18-24-year-olds in Q1 2015 was down by more than 17% year-over-year.” This demographic is turning to Netflix and illegal streaming services to avoid advertising and to binge watch at their own pace.

This trend also extends into the world of radio and print. More people are turning off the radio and listening to podcasts, audiobooks, and music via their mobile devices in the car or at home. Many cars now come equipped with sound systems that support satellite radio and subscription services like Sirius XM, which have little to no advertising.

These services are responding to consumer trends and hint at a larger shift in the media landscape where money is made from subscription fees rather than advertising dollars. This transition even extends to some of advertising’s oldest markets, such as the print world. In 2013 the New York Times reported that they now make more money from their subscribers than their advertisers.

Though some pre-Millennials haven’t converted to Netflix, they are learning the wonders of the digital video recorders (DVR). My own parents record every show they watch and fast forward through all the commercials, skipping millions of dollars in traditional advertising with the click of a button.

DVR and services with skipping and fast-forwarding features help viewers avoid advertisements in recorded programs. Though advertisers and TV networks claim this violates the law, there’s little they can do to buck the trend.

Let Us See Your Soul

“Advertising is being reinvented before our eyes,” writes Josh Hopkins. Traditional agency models aren’t built for the “always on” advertising that today’s media landscape demands, and Millennials are dissuaded by advertisers that are obviously trying to sell them a product or idea.

For digital natives it’s all about trust and authenticity. Gen Y and Z can spot an ad that’s trying too hard from a mile away and respond by tuning these advertisements out or switching screens. According to Forbes, as many as “43% of Millennials rank authenticity over content when consuming news.” Today consumers have to trust the company or news site before they engage with the content they produce.

According to Forbes’ study, 33% of Millennials rely mostly on blogs before they make a purchase.” Though older generations may rely on traditional media, Millennials look to social media and their peers for a more ‘authentic’ look at what’s going on in the world.

David Alston recognizes this change, and believes that the shift away from traditional advertising is a positive transition. For Alston, the age of traditional advertising is coming to an end, and brands must adapt by shifting away from endless peddling and instead share a bit of their soul with the audience. Josh Hopkins echoes this sentiment and believes that “this new style of communication has become a two-way dialogue that focuses on earning, not buying, a person’s attention.”

In this reinvented marketing space marketers are turning to content marketing to reach an audience that has become immune to traditional advertising. Here the focus lies on providing quality content and creating conversations.

Content Marketing is the Future, Disruptive Ads are the Past

Embrace the new era of digital marketing that rejects traditional ads in favour of quality content. Learn more about the movement by clicking here and tweet us with the hashtag #SayNoToAds!

SEO Glossary: Do You Know All These 18 Essential SEO Terms? 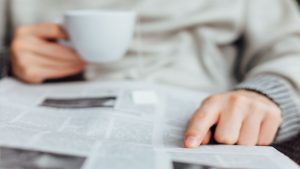