In the last couple of weeks, the launch of a new AI writing tool has sparked an uproar on the web for the content producer community. We’re talking about Lex, the latest AI writing app that has surprised users.

The fact is that all this commotion has rekindled some controversies around these tools. After all, what can we expect from the future of AI-generated content?

What is an AI-Writing Assistant?

Unlike older content-generating software, AI writing assistants can develop advanced skills through artificial intelligence, proposing topics or even full texts from user-provided inputs. These capabilities have been around since early 2010 and have been increasingly developing through machine learning, neural network recognition, cognitive analysis, and natural language processing.

Lex, the most recent solution on the market, was developed and released by Every on October 16th. As demonstrated by its creator, Nathan Baschez, Lex offers friendly usability with a layout very similar to Google Docs but with features that shock even the experts among us. Two days after its launch, Justin Jackson, responsible for two blogs aimed at developers and content producers, posted a video testing Lex on his Twitter account, and his reactions were exciting. In the video, he is astonished by the quality of the texts offered from his few inputs.

Justin shows an example simulating the production of an article for his blog, providing his initial idea of “how to run a remote team retreat,” a brief context about his remote team’s in-person meeting, and, with a simple command (just typing “+++”) and suddenly the magic happens. The tool displays a well-structured paragraph rich in details, in addition to already leaving a suggestion of initial topics so that he can continue developing his idea.

I call your attention to one specific detail. Every launched this product with the following slogan: “Lex: Unlock your best writing.” Keep this information in mind, as we’ll talk about it again soon.

Now let’s talk about the “dark side of the force,” the controversies generated around solutions created from artificial intelligence.

On the other hand, these changes have generated new demands dependent on the human mind, and both machines and robots continue needing a little help from humans, whether to give the first commands or to “refine” the final result.

In the AI-writing case, the robot delivers insights according to your ideas. You will give the “final touch,” literally human to the content, capable of arousing the desired emotions on the other side (the readers). And, despite AI being able to interpret and reproduce many human behaviors, it will hardly be able to comprehend our emotions, right?

And what does Google say about AI writing assistants?

In the same way that artificial intelligence speeds up these resources, it also works to help the algorithm recognize the authenticity and originality of content.

“A site uses machine translations. The content is reviewed by human translators and they’re often happy with the quality after minor tweaks. Is this okay for Google?”.

We can see that Google is not concerned if you use resources that speed up your production process, but rather with the quality of the information that is made available through it.

As with AI-writing assistants, AI translation tools also generate content from user commands with a quality that translation professionals approve of. And even though these tools have all this intelligence, human validation is still necessary to ensure the best meaning for a given context. You can test it now on Google Translate by providing a more complicated paragraph. You will see that you will need to make several adjustments to provide the proper “tone” for the desired message. That’s why localization is so important nowadays.

For this content you are reading, I used Grammarly, a grammatical tool with AI resources because my native language is not English. To ensure that this plethora of words makes sense to you, I had to make several edits, and then still needed a native speaking proofreader to check the final result.

Based on that, the answer from Google experts is straightforward.

“Well, that’s good to hear that the human translators are happy and this is totally fine for Google as long as there’s a human involved in the review process. That’s the key.

The thing you want to watch out for is making sure that the quality continues to be good and working well for the humans that are reading the content.”

Following this logic, the same goes for texts produced by AI. They also need human help to validate that their information satisfies human desires. What you need to do is make sure your content is original, trustworthy, and “written by people, for people,” as recommended by the Google Helpful Content Update.

How can human creativity benefit from AI writing assistants?

As a writer or copywriter, you must know the famous “writers’ block”, which refers to those moments where you are trying to reach for new ideas, but nothing in the “box” reaches back out at you. These can cause you frustration and fatigue and often provokes a persistent existential crisis, making you believe you’re totally incapable.

Then I call you back to Lex’s slogan, “Unlock your best writing.” Honesty, as an SEO professional, I see AI writing tools as an ally of writers providing significant productivity.

We should use artificial intelligence as an ally in our writing process. But don’t forget you need to ensure the reader’s happiness. So, remember you are the owner of the content. The AI will work so you can take advantage of your creativity, thus making your routine a little lighter. 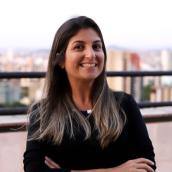 Biggest SEO Challenges of 2022 and How to Overcome Them 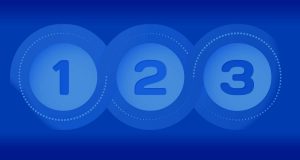