Apple Cost Social Media $10B: How The Shift In Privacy Is Changing The Marketing Landscape

A Financial Times report found out that social media platforms like Facebook, Youtube, Snapchat, and Twitter are losing billions of dollars in ad revenues after Apple’s privacy changes. In a privacy-first and cookieless world, collecting first-party data through great content can be a great way to keep generating leads and revenue.

Last year, Apple announced a new privacy policy forcing apps to ask for permission to track users for advertising purposes. The App Tracking Transparency was launched as part of iOS 14.5 and it requires that apps request permission from users before tracking them across other apps and websites.

Before this, when you used apps on your iPhone, they would track you across other apps and websites to later target you with personalized advertising.

At the time of Apple’s new policy announcement, Facebook ran a campaign (a full-page newspaper ad) titled “Apple vs. the free internet” claiming changes in Apple’s mobile software would hurt small businesses and consumers, “changing the internet as we know it – for the worse.”

According to a Financial Times report released last week, social media giants that rely heavily on advertising as a revenue stream such as Snapchat, Facebook, Twitter, and YouTube lost around $9.85 billion in ad revenue following Apple’s changes to its privacy practices.

Meanwhile, Apple reported a “record” quarter for its advertising business while publicly fighting for privacy. Tim Cook, Apple chief executive, said: “We believe strongly that privacy is a basic human right. And so that’s our motivation there. There’s no other motivation.”

The public fight between two of the world’s largest tech companies is evidence of the huge impact of the shift to a privacy-first world.

Individuals around the world are expecting more privacy and control over their data. The App Tracking Transparency requires apps to get the user’s permission before tracking their data.

It seems that most people are not willing to grant those permissions as most users have opted out. The percentage of users that choose to “Allow Tracking” was at 15% worldwide in May 2021, and only 5% of US daily users with iOS 14.5 had opted in so far according to Flurry Analytics data.

Consumers are demanding privacy and ownership over their digital identities. Apple gave people a choice and people chose privacy.

If you think it’s only Apple…think again

The third-party cookie as we know it is in its last days.

A majority of marketers use third-party cookies in their digital campaigns and should get ready to make the privacy shift.

Ads are proving less effective because of App Tracking Transparency.

Take for example a brand that advertises a product for men, and used to gain a customer for $5 ad spend aimed at 1,000 men.

In other words: that acquisition cost doubled and resulted in a 50% yield loss.

Since data is not available for targeting anymore, ad accuracy is greatly reduced increasing the cost of driving advertiser performance.

As you can see in that example, not only did social media giants lose money. Businesses that rely on advertising as their main acquisition strategy saw increased costs and lost money, too.

Okay, now what? What can I do to adapt and maintain the results of my brand?

Privacy changes mean that first-party data is no longer just an option: it has to be part of your strategy.

With an uncertain future for the online advertising industry, it’s time for brands to explore other ways to reach their audience with high-quality content.

A future-proof winning marketing strategy focus should be on how to obtain high-quality first-party data using your channels. This way you avoid privacy issues and have total control over your data.

It’s not true that people don’t want to give their data to companies. They can give you details as long as they trust in you and see value in your offers. We are talking about building a real relationship between your customers and your brand. This is the change!

By understanding your buyer’s journey and mapping content accordingly, you can create the right formats to reach your audience in every stage of the funnel.

The companies who win the race to leverage first-party data using their own channels will take the lead in the new era of privacy first and have a huge advantage over the competition.

Most brands don’t focus on capturing first-party data as much as they could with the technology available today. Facebook Ads, especially, gave them a cheaper way of targeting people.

As lots of marketers decided to use it, the cost started to grow. But, now, we are talking about losing some of the most important things about ads: the targeting intelligence.

How can you solve this? Providing real value to your customers through engaging interactive experiences is an awesome way to capture first-party declared data and remain independent from the advertising industry and third-party cookies, for example.

If you liked this post and wish to stay up-to-date on the latest trends in Marketing and Content, I also invite you to subscribe to our newsletter below and receive weekly, straight to the point, direct to your email. 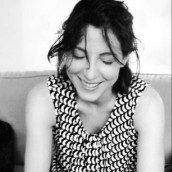 Learn How to Make Money Online for Beginners and Succeed

How Can You Use Predictive Intelligence in Favor of Your Content Strategy? 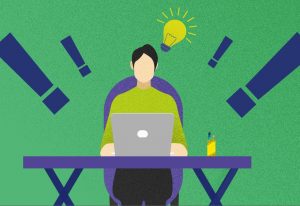 Singletasking: doing less to do more