Find out the Best Examples of Freemium Models

A freemium model enables you to entice new leads by giving them access to a limited version of your software. These real-world examples will help with your decision making.

Over the last 10 years or so, the freemium model has become more widespread, particularly for subscription-based services and apps.

However, even with so many companies using this system, not all of them understand how it works.

If you’re considering adopting a freemium model, it helps to look at real-world examples. From there, you can figure out which option will work best for your needs.

So, with that in mind, let’s take a look at the different types of freemium models available and how they’re deployed.

What is a Freemium Model?

Everyone likes getting free stuff, right? Well, your customers are no different.

A freemium model enables you to entice new leads by giving them limited access to a version of your software.

Since the freemium version doesn’t have as many features or benefits, users are prompted to upgrade and pay for the better software.

While the concept of freemium software is simple, it can be employed in a few different ways.

Here is a rundown of the various strategies you can use when developing your model.

The basic concept of a freemium package is that users have free access to it forever.

However, they do have limited functionality and features at this level.

Many companies will offer tiered pricing that enables customers to upgrade to the package that works best for them.

This example only works for B2B companies, but it can be pretty effective.

In this case, a brand offers a free version of its software to employees of a particular business.

Once enough users from that company sign on, the brand appeals to the higher-ups for consideration in paying for an upgraded version that will sync all employees together.

One example of this is Slack, a communications app favored by development teams.

Have you ever downloaded a mobile game, only to get hit with tons of ads and prompts to upgrade to a paid version of the game?

That is an example of a freeware 2.0 model.

Users will download a fully functional version of a program, although it doesn’t have a full range of features.

If the person wants to enhance their experience, they need to pay extra.

Mobile games are the most common example of freeware, but the model can work for other business models that rely on multiple transactions for a single user.

Another example of this could be LinkedIn, which is functional on its own but offers a paid version for recruiters and salespeople who will benefit most from the upgrade.

Rather than making money from users directly, an ecosystem freemium model charges third-party developers or apps.

An example would be the Google Play Store.

Users can download and use the app for free forever with no loss of functionality.

Google makes its money from the brands that sell through the store. Plus, the app works as advertising for the brand.

Most smaller companies may not be able to create their own ecosystems, but it’s a valuable model if possible.

Think of it as starting a digital marketplace and charging vendors for the privilege of participating in it.

Companies that have multiple high-value products can use this freemium model to their advantage.

The way it works is that you offer a free product to all of your users.

This product gets your “foot in the door” so that you can sell an alternative package.

Users get to see how well your software works upfront, so they will have an idea of what they can expect from a premium product.

In this situation, the alternative app or software would not have a freemium version.

At best, you may offer a limited free trial so that users can get their feet wet and learn how to use the product before buying.

Let’s see how the different types of freemium models work in real life.

Dropbox was one of the first companies to start using freemium software, so it definitely benefited from being an early adopter.

Virtually everyone knows about Dropbox, even though it’s not the only business that offers cloud-based storage.

Dropbox uses a traditional freemium model because free users get access to 2GB of storage no matter what.

If they want to get more space, they can pay to upgrade.

The company has an individual and a business-sized plan to accommodate its users’ needs.

If you’re trying to stay organized, you can use Trello for free forever.

You can create an unlimited number of tabs and boards and use them however you like.

That said, if you want to integrate your Trello account across different apps, you have to pay extra for the privilege.

This system is an excellent example of freeware since users can get everything they want without paying any money.

Professionals, on the other hand, will likely need to upgrade.

Technically, Echosign didn’t develop an ecosystem model, but its meteoric rise and purchase by Adobe illustrate the value of getting a massive user base.

Realistically, if Adobe hadn’t bought Echosign, the company could have become an ecosystem, charging third-party businesses to use their proprietary software.

For those who don’t know Echosign’s story, it goes like this: the company created freemium software that allowed users to sign and send encrypted documents digitally.

Since this tool is so valuable, Echosign managed to quickly get over a million users.

Adobe saw what they were doing (and their following) and purchased the company.

Yammer is the signature example of a land and expand freemium model.

In fact, the company is increasingly associated with this strategy, so much so that some businesses get nervous when employees start using the software.

Yammer is unique because it allows users to create their own social media network.

Once enough users from a specific company sign up, Yammer reaches out to ask for a paid subscription.

Since everyone is using it already, the company is much more likely to say yes.

WordPress is one of the most widely-used open-source platforms in the world, and it’s completely free.

Technically, we could use WordPress as an ecosystem or freeware model example, but we’re going with an alternative product offering.

The way that WordPress makes its money is by selling services or high-tech product add-ons.

So, if a user is tech-savvy, they won’t need to pay for any extras.

New users, however, will likely spend money on add-ons like cybersecurity and webpage management.

Wrap Up: Did you get Inspired after Seeing these Examples of Freemium Models?

A freemium strategy can be a powerful tool to grow your business.

As more users sign up for your product, you can gather more information to make your model even more captivating.

And since the freemium model is so focused on conversions, why don’t you check our free ebook about it?

We explain exactly how to increase your online conversions to succeed in your marketing and sales strategy!

First, second and third-party data: what are the advantages of a data strategy 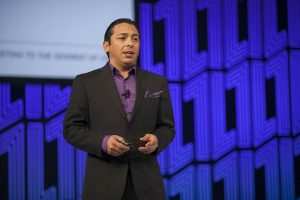 Embracing the Audience: 5 Tips on Customer-Based Marketing from Brian Solis