Building and Breaking: The Graffiti and Typography of Greg Lamarche 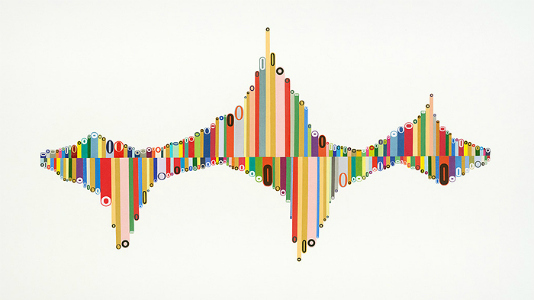 For Greg Lamarche, inspiration flows in many directions. Graffiti informs his typography and typography informs his graffiti. On a recent evening in May, he spoke to a few dozen art, graphic design and typography enthusiasts about what it takes to keep design moving forward.

Part of that involves looking back. “A lot of early graffiti was really kind of expanding on the typography that was already there,” said Lamarche, who paid homage to his New York City roots (Queens, to be precise) by wearing a Yankees cap during his presentation at the Type Directors Club in New York. “My whole visual memory was of graffiti being there.” 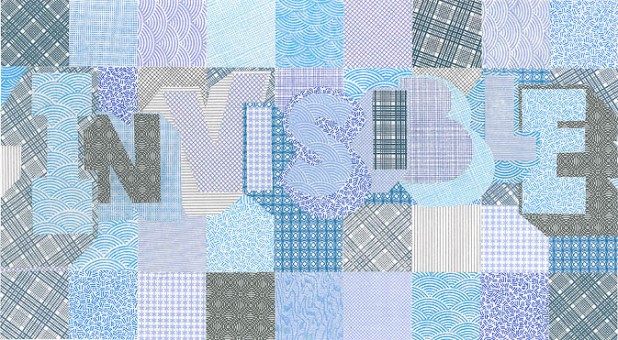 What was also “there,” inspiring and ultimately seeping into the work of the longtime multimedia letterist, were other artists (most notably, German collage artist Kurt Schwitters), band logos, architecture, found paper, barcodes, abstract art, art deco, as well as truck and school yard tags. Like the most well-known of his generation and genre, Lamarche (aka SP.One) places work in contrary locations: city and subway walls (with and without permission), name-brand skis and skirts, as well as fine art galleries and glossy magazines. 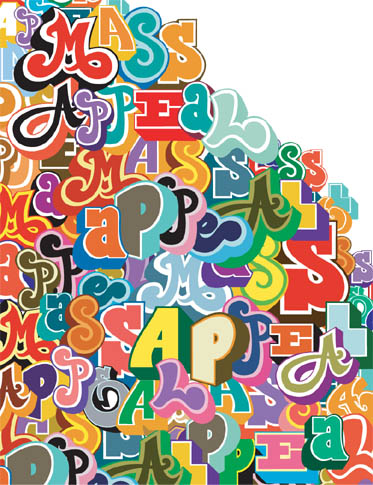 The result of his many experiences and influences is the unique collage-lettering style for which he is known. “In graffiti, we’re always trying to one-up someone or create our own style, or to execute it in ways not used before,” he said. Lamarche, the child of college art history majors, finds nuance in layering and abstracting, building up and breaking down. In some instances, he cumulates various objects to create lettering that looks more like structure than typography. 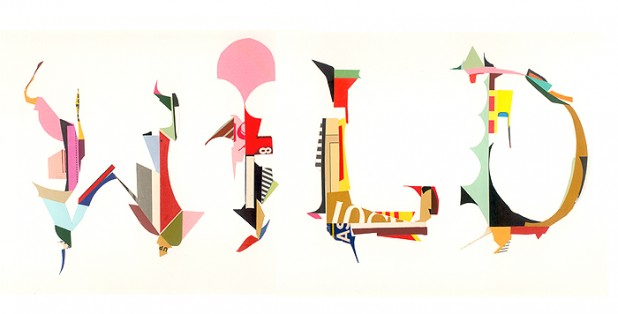 “I’m building letters,” he said clicking through a slideshow of his work. In fact, many of his letters look like buildings and are made up of other, usually much larger objects. Recently, he’s been working in the opposite direction, creating letters from paint chips or scraps from other cut-out letters. In graffiti, as in typography, letters are more than just marks. They have different meanings for different people. 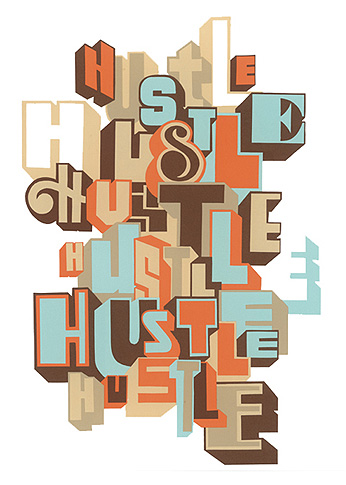 When discussing the negative law enforcement reactions to some of his work, he explained, “They don’t really look at these as letters.” In a way, neither does he. “It’s letters, but it’s also something else.” Both typography and graffiti have infinite room for interpretation. Lamarche prefers to compose words with multiple connotations, such as “hustle.” “Hustle used to have a bad connotation; now it’s indicative of working hard,” he said. The openness to interpretation attracts Lamarche to the artform. “In graffiti there really are no rules,” he said. Then he quickly added a rule of his own: “Early on, I realized that balance was a really important aspect to graffiti. There has to be balance, some sort of structure.” The same goes for design.   Rani Molla is digital media master’s student at Columbia Journalism School. She’s a journalism reader, writer, photographer, videographer, data visualizer and general doer. Follow her on Twitter.
Share

What is the difference between home.php and front-page.php in WordPress?

How to Use Shopper Marketing to Influence POS Decisions