How the Raptors Redefined Fan Engagement During the 2019 NBA Playoffs 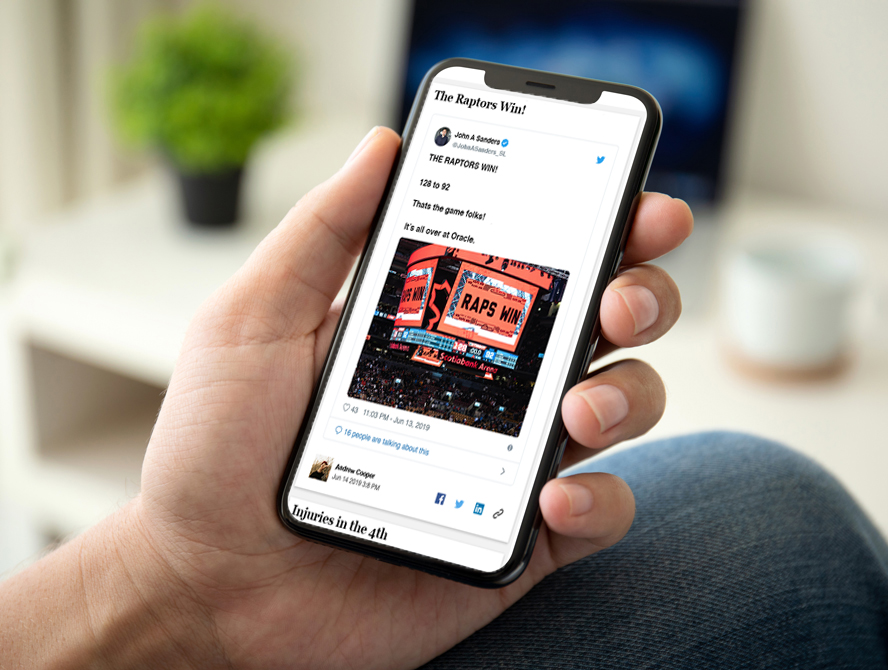 When the Toronto Raptors took the 2019 NBA Championship to Game 6 against the Golden State Warriors, it was an epic moment. Not only was it Toronto’s first NBA title, but it was also the first time that the Larry O’Brien NBA Championship Trophy came North of the US border. And while that’s history-making on its own; it’s eclipsed by how the team, the owners, the media, and an entire country won the title for best fan engagement. This wasn’t by accident—there was a deliberate, full-court press that extended well beyond the arena. Let’s dive into how this played out.

It’s no secret that raving fans spend more than casual fans on ticket sales, merchandising, and sports-related digital/media subscriptions, to name a few. While some fans are passionately loyal to a specific team, others want to see their favorite players—or a combination of the two.

Based on these principles, those responsible for the Raptors Fan Experience organization faced significant challenges. From the start of the 2018-2019 season, general manager Masai Ujiri made decisions that went against the traditional Fan Engagement playbook that usually leverages the fan-favorite players and head coach. Instead, Urjiri:

When the foundation of your fan experience program loses its fan-favorite players, fires its beloved head coach, and brings on new, media-shy players—you need a plan B. Enter Raptors superfan Nav Bhatia, who hasn’t missed a home game in 23 years and is anything but camera-shy. Fans love him, and he’s served as one of the Raptors’ best fan-facing representatives, attending media days and acting as the Master of Ceremonies at the Raptors’ Championship Parade.

Then there was Drake. Love, hate, or be indifferent to him or his music, there’s no contesting that he brought his A-game and was highly effective in garnering additional media coverage for his courtside antics. Many viewers admitted to tuning in to the NBA playoff games to see what Drake was up to. He was courtside for the Raptors at each home game, attended Jurassic Park viewing parties in Toronto for away games, and was also part of the Championship Parade.

Worth an honorable mention is Toronto city mayor John Tory. He was an active participant and advocate for the team, attending games wearing his now-famous campy Raptors jacket.

Overnight, the Toronto Raptors transcended all national borders and were embraced as Canada’s team. The challenge was: how do you take a regional event and experience, replicate it, and share with fans who are miles away?

Maple Leaf Sports and Entertainment sanctioned regional and community viewing events similar to the hugely successful Jurassic Parks. For Game 1 against the Golden State Warriors, they sanctioned 36 regional Jurassic Parks, mostly in Ontario. The significance of these Jurassic Parks is that they were community-based, fan-led initiatives that were free for fans. By Game 6, there were over 60 Jurassic Parks globally. As the Toronto Star reported, there were Jurassic Park-style viewing parties held around the world, including the Dominican Republic, Brazil, China, Italy, Japan, Mexico, and the Philippines.

No surprise, US viewership declined, presumably because a Canadian team was in the finals. Given the state of California has approximately the same population as the entire country of Canada, it’s not surprising that game time favored the West coast, as tip-off was as late as 9pm EST.

44% of the entire Canadian population tuned-in at some point to watch the game, making it the most-watched NBA game in Canadian history.

While this optimizes primetime advertising in the US, it meant that Canadian-based media had a lot of pre-game time to fill. They leveraged their digital channels to live report, incorporate user-generated content, and engage directly with fans through Q&A sessions while fans waited. In Toronto, local media outlets like the CBC provided ongoing pre-game coverage and incorporated fan-based user-generated content and live reports throughout the actual game.

By Game 6, the Toronto Star reported that the game was broadcast live in 215 countries and territories in 50 different languages. There were 14 international television and radio networks providing live on-site commentary.

Canada was ignited by a regional franchise team and embraced it as their own. People across the country came together—as a community—to watch the games and be part of this historical journey. As fans gathered in restaurants and pubs to watch the Raptors play against the Golden State Warriors in Toronto, payments firm Moneris reported that spending in the Greater Toronto Area was up 95 percent during Game 5 of the NBA Finals on Monday, compared with the same day last year. Nationally, spending jumped 63 percent. Edmonton was up by a staggering 279%.

The team embraced its Northern heritage and the slogan and trending hashtag, WetheNorth, took new life as it was prominently displayed in government buildings, shopping malls, and business centers across the country. By Game 6, WetheNorth merchandise was sold out and the NBAstore.com saw an 80 percent increase in sales, in comparison with 2016; and double that of 2018.

Then there was the championship parade. No one expected over two million people to flock to downtown Toronto and celebrate and join the rally at Toronto’s city hall.

This story ends with a very happy ending: everyone won. The Raptors took the title, the owners amplified the sport and team across the Nation and internationally; the media broke all advertising and viewership records, and Canadians everywhere relished in the newfound WetheNorth pride. While the total financial and economic impact is still being tallied, the outcome of fan engagement across the country resulted in the Raptors usurping the Toronto Leafs and Toronto Blue Jays to become the most valuable franchise in the country.

None of this could have been done without the fans and without engagement tactics at each step of the way. From live reporting online, to Jurassic Parks around the world, to showcasing superfans like Nav and having a Global Ambassador like superstar Drake—the road to the 2019 NBA championship set a new bar for the fan experience, in which everybody won. 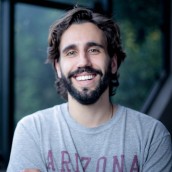 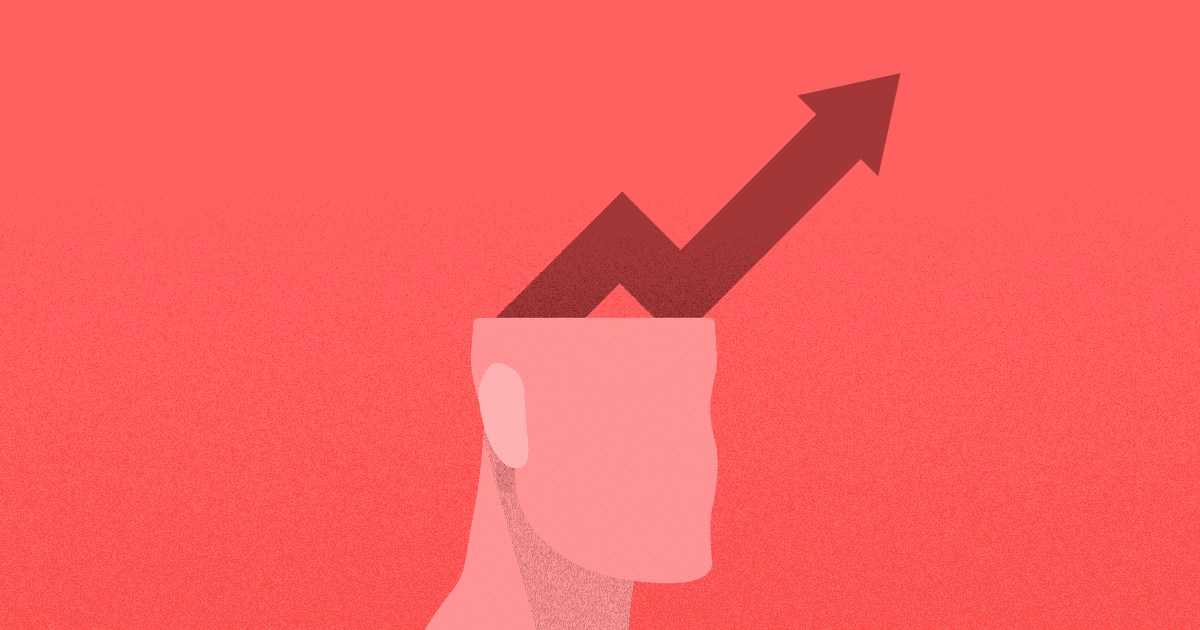 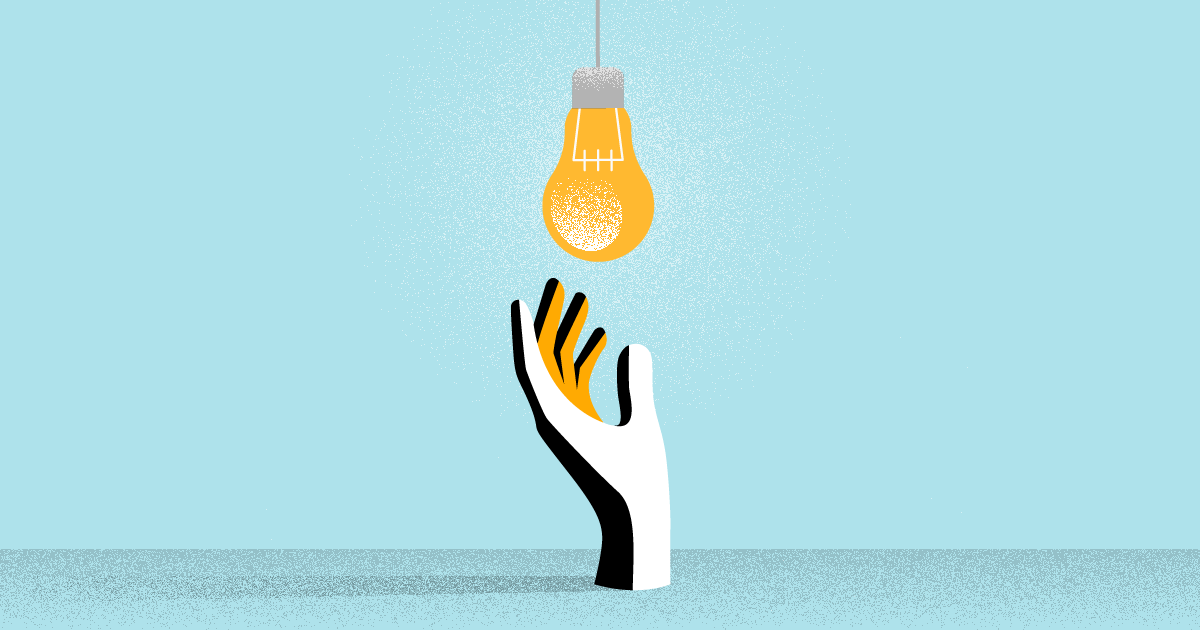 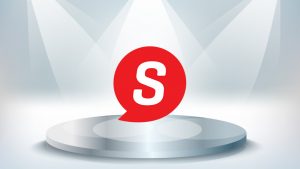 The future of news: LiveArticle 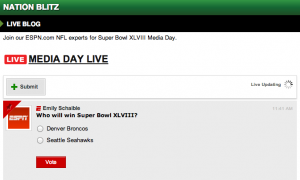