After almost one month of publicizing its new sandwich in Brazil, McDonalds had to withdraw it from circulation after accusations that the burger “McPicanha” (something like McRump) does not actually have any rump cap in its composition, but rather a sauce that gives the product its flavor and name. The burger launch was even advertised on Brazil’s biggest reality show, Big Brother Brasil, bringing a lot of hype to the product.

Not to be left behind was its competitor, Burger King. Burger King also triggered a PROCON (a consumer protection bureau in Brazil, similar to CFPB) investigation for misleading the consumer with the “Ribs Whopper” sandwich. Launched at the end of 2021, like McDonalds, is not made with the meat that gives the sandwich its name, but rather with the sauce giving its aroma and the flavor.

In addition to being triggered by authorities, both cases had negative repercussions on social media from consumers, who were not happy when they learned that the two sandwiches were not exactly what they expected. The companies had to answer it and even change their menu.

McDonalds’ case happened at the end of April and, since then, the company apologized for the misleading nature of the advertisement. In an official statement to the website UOL, they said “the launches bring the novelty of the exclusive Picanha-flavored sauce (with a natural aroma of Picanha), a new presentation and a different hamburger in composition and size”.

Since then, the food company removed the sandwich from all Brazilian restaurants. The advertising watchdog CONAR opened an investigation about the case.

At the beginning of May, Burger King was criticized for the same practice. The “Ribs Whopper” burger only contained “ribs aroma and flavor”, no pork ribs whatsoever. The company said they were “always clear” about their ingredients, whatever that means. “Ribs Whopper” burger was launched at the end of 2021, but after the McPicanha scandal, the misleading advertising came to light to people and the media.

After the backlash, Burger King changed the burger name to “Pork Shoulder Whopper”.

Both companies said they included information about ingredients in the advertisements, informing that both “picanha” and “ribs” were mere flavors added to the burger. But they chose to include this information in very small letters, which can mislead consumers.

What about consumer confidence?

Consumer confidence is shaken and it will take time to win it back. In addition to the trust that was broken with the brands, trust in the segment was also harmed.

We have several cases of brands that were inconsistent with their speech and positioning and had a drop in consumer confidence recently by omitting information about the function, manufacturing method or composition of their products.

For example, vegan beauty products that were being tested on animals, products that were positioned as fitness and healthy but were actually super caloric, among others. The list is long, and although it seems common, brands need to run in the opposite direction of this trend.

Mainly because this movement brought distrust from consumers, who began to lose confidence in brands, then in the segments that were at the center of these scandals and now it has become a buying behavior. Consumers began to research more before accepting brands’ speeches.

According to a survey conducted by Adobe, which interviewed nearly 6,000 consumers, more than half (57%) would stop buying products from a brand after a breach of trust.

The same Adobe research shows that 7 out of 10 business leaders find it harder to earn and maintain consumer trust today than it was two years ago. And this is a warning for brands, since Brand Trust is already an old subject within companies, but it is necessary to bring this topic up for discussion again.

After the backlash, McDonalds and Burger King were transparent, friendly and admitted the mistake. Which is a good way to go, as, in the same Adobe report, 71% of respondents said that brands should show empathy by looking at what is being offered from the consumer’s perspective and understanding what is important to them.

In the Instagram post below, BK is apologizing to their customers and saying they were changing the burger’s name to “Pork Shoulder Whopper” to avoid misleading consumers.

What do these cases teach us?

Although it is increasingly difficult to gain consumer trust, consumer behavior and expectations change all the time and the role of brands is to anticipate this or adapt.

Brands have come a long way to demonstrate that they care about what the consumer thinks. The challenge of the moment is just to keep your speech coherent with your actions.

And to keep a speech faithful to the actions, the first step is to align expectations with the consumer, to be more transparent in what you do and in the way you do it. Without omitting information. Playing clean and together with the client.

There was no problem with the taste of the sandwich. The problem was not being clear with the customer about what they were consuming. And all of this could have been avoided without harm. 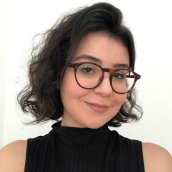 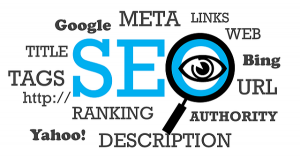