Kickstarter is a great way to fund creative, innovative projects that might not otherwise reach the masses. And while it’s often the cool gadgets that get the spotlight, you can find some great stuff in the Graphic Design category, from posters (those seem to be particularly popular) to games and things like books and playing cards. Below are some of the coolest recent projects in the graphic design category – including two that you can still fund (but hurry, one of them closes later this afternoon). Seen any cool graphic design projects on Kickstarter that you think we should review? Let us know. 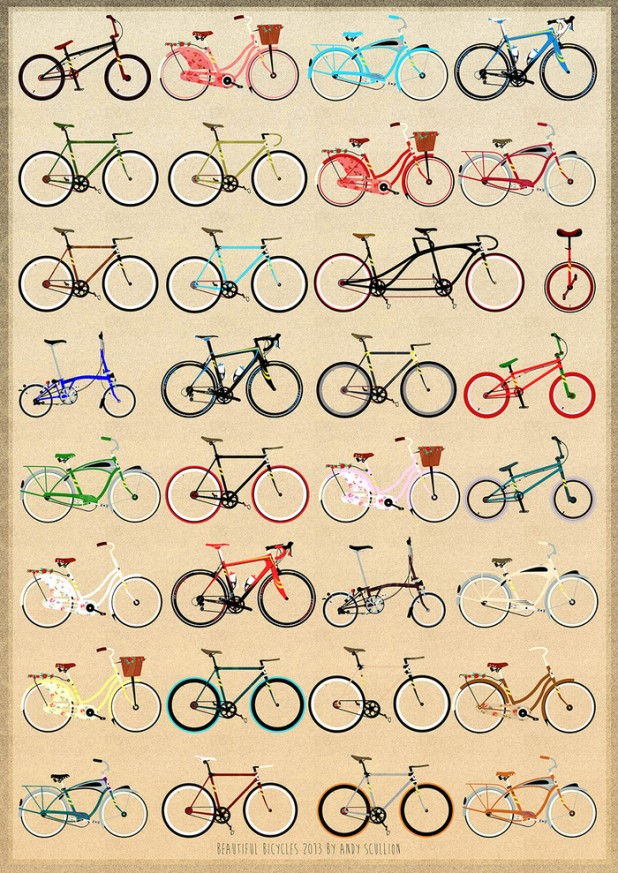 Designer and bike devotee Andy Scuillion combines his two great loves with this print. Scuillion understands that bike lovers like him fully appreciate the beauty of a well-illustrated bike. Combine this with the personal touch of seeing your own two-wheeler on a poster, and you have a successful Kickstarter project. By tapping into his backers’ bikes for inspiration, Scuillion guaranteed himself both a built-in audience as well as a diverse assortment of different rides. 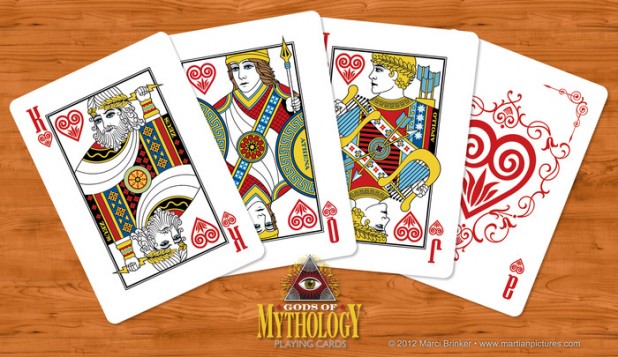 Unleash your inner nerd with these beautiful custom Bicycle playing cards. The cards are based on Gods & Goddesses from Greek, Roman, Egyptian, and Norse mythology, and follow the standard rules of mythological power. The more powerful the God, the more powerful the card. Thunderbolt-wielding Zues, for example, is the king of hearts. The deck owes much to traditional playing card design, but cleverly and smoothly integrates the mythological figures. Designing the deck was a 9-month process for Marci Brinker, who slaved over sketches, mythological research, and Adobe Illustrator design to make sure the cards come out just right. The project still has two weeks to reach its funding goal, so feel free to jump in! 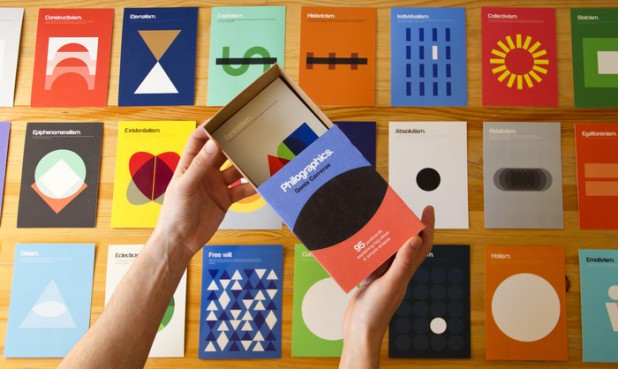 Genís Carreras’ “visual dictionary of philosophy” explains deep philosophical theories through a simple combination of color and shape. Carreras created 95 designs that visualize theories from aestheticism to vitalism and everything in between. Each print comes with a short description of the theory that is reflected by the accompanying design. The final product comes in two versions – a postcard box with one copy of each design, and a hardcover book, which includes the same designs in a larger format. 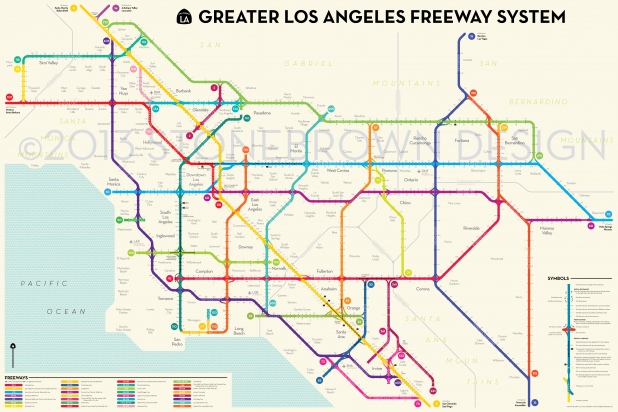 Large cities’ subway systems have been visualized and re-visualized ad nauseam, but what about cities without robust public transportation? Peter Dunn of Stonebrown Design looks to change that with his reimagination of the Los Angeles freeway system. Dunn’s poster takes the striking simplicity of the best subway visualizations and applies it to the 31 freeways, 75 interchanges, and 850 exits across the greater LA area.   Jon Salm is an associate client analyst at Millward Brown Digital in New York City and a freelance data journalist in the Visual.ly marketplace. He has a bachelor’s degree in English from Washington and Lee University. You can find him online at about.me/salm.jon and follow him on twitter @S4LM3R.

It’s Never Too Early to Start! Learn How to Create a Holiday Marketing Campaign

International SEO Case Study: How to Generate More Than 2 Million Sessions Without Spending a Cent on Ads

7 Common SEO Mistakes That You Want to Avoid Right Now