According to their own statement, they “want to ensure everyone on Twitter sees the best content on the platform”, so moving forward everyone will receive recommended tweets, including those who may not have seen them in the past.

As you can imagine, once again, the news was not very warmly welcomed by users. If you take a look at the comments on Twitter’s announcement, people are claiming they just want to see the posts of people they follow, and they want to be able to define what they find interesting without Twitter’s help.

Feels like a déjà vu, right!? Well, when we said “once again”, it’s because this had already happened on the blue bird network last year. In October 2021, Twitter tried to change the usual chronological feed for the algorithm feed, in order to force the algorithm for all users. Obviously, people hated it, and we were able to see the same kind of comments we are seeing now.

At that moment, Twitter took a step back and created the “sparkle icon”, to allow people to choose between both feeds – “Latest”, the chronological feed with tweets from only the accounts you follow, and “Home”, the algorithm feed with recommended tweets based on your interests and behavior, along with your following tweets.

To calm the hearts of Twitter users’, at the end of the day, regardless of changes, Twitter still wants you to use the platform on your own terms, and this feed option is still available, despite Twitter’s recent statement. This means that even though they are expanding recommended tweets to all users, the users still have the option to navigate between the two types of feeds, one of them totally algorithm free.

What can we expect from Twitter’s algorithmic feed?

Since 2016, Twitter has kept trying to create an algorithmic feed, and now it looks like it’s here to stay.

Particularly, I believe that this is a movement that makes a lot of sense. When a social media platform chooses to recommend content, it’s because they want you to spend more time engaging with it – with more content at your disposal, you’ll have more and more to see and consequently will spend more and more time on it.

So, since Twitter’s algorithmic feed is here to stay, what can we expect from it moving forward?

1. Two different feeds for users to choose from

As we mentioned, Twitter has two feed options – “Latest” and “Home”, and they reiterate that this is not going to change (at least not for now). To make it easier for users to navigate between both feeds and know which one they’re scrolling, Twitter is testing new designs aiming to improve user experience.

The main algorithmic feed challenge, as you can imagine, is to recommend relevant, healthy, and authentic content. To make this work, the company is committed to working closely with its Health, Trust & Safety, and Machine Learning Ethics teams to ensure they’re recommending high-quality content.

Also, it looks like they aim to be very transparent about this matter – the company’s Vice President of Product Management has tweeted about their most recent effort to improve recommendations.

On the way to get more engagement on the platform and have even more content to share, Twitter is also testing different content formats, aiming to create a multimedia-sharing environment and provide brands and creators with more ways to tell their stories.

Recently, they’ve released the Multimedia feature, allowing creators and brands to upload up to 4 images, GIFs and/or videos in the same tweet. Most likely, we’ll have Multimedia tweets being recommended pretty soon.

4. An open channel for feedback

Ok, you already know that users will be able to choose to navigate into the chronological feed if they prefer to. But, for those who choose to explore the algorithmic feed, they will still be able to control the recommendations.

Users will have the power to select “not interested in this tweet/topic” for recommended tweets, signaling to the algorithm which kind of content is welcomed or not. This single action can provide an increasingly personalized, useful and entertaining feed, capable of learning from our feedback (or at least we can hope so).

And how does Twitter’s algorithmic feed impact brands?

If you made it this far, I know you might be wondering what these changes mean to you and to your brand, and the answer depends on your audience. If your audience is on Twitter, it’s probably worth continuing to invest in this channel, despite these changes.

Taking a closer look, not all of them are bad for brands. The Multimedia feature, for example, increases the range of options to tell your brand story and allows you to create bonds with your audience in different ways and formats. There’s already a lot to explore here, right?

In addition to that, the algorithmic feed might be controversial at this moment, when people seem to be a little heated by everything that’s going on over in bluebird land, but I would say it could be a good opportunity for brands, though.

A few months ago, brands would only have the opportunity to appear in an unfollowing user’s feed if they paid to promote the tweet – i.e. cost! Now, we are talking about relevant content. The algorithmic feed opens (or re-opens?) the conversation about the importance of speaking the same language as your audience.

What is your audience talking about? Which topics are they engaging and interacting with? If you start speaking the same language as them, now you have the opportunity to break their bubble and appear in their feed – i.e. start a conversation with them, organically. 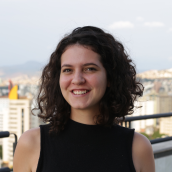 7 Ways to Use Content to Facilitate Sales & Marketing Alignment

If Gen Z Doesn’t Buy Into Traditional Marketing, How Can We Reach This Golden Public?