Although this growth is slow, the fact that the decline is decreasing can already be viewed with positive eyes, especially in this period of the end of year festivities.

Below is a chart showing the evolution of advertising spending over recent years:

In October, for the 5th consecutive month, investment in ads was lower than in the previous year, however, the month’s spend surpassed all other months in 2022.

The report doesn’t just include online ads. It offers detailed data on the main types of media such as: Television, OTT, out of home, print and, of course, digital.

What type of media are companies investing in more?

See below, in detail, the evolution of spending on advertising this year broken down by type of media:

As you can see, while digital media had a considerable increase of 5% compared to last year, spending on linear TV, Radio and Magazine was reduced by 15%, 10% and 12% respectively, in October 2022.

Another interesting fact is the considerable 30% increase in Out of Home media (For example: billboards, posters, airports, subway systems, among others).

For this type, the sectors that led the investment were: clothing, automobiles, and media and entertainment.

In addition, there is considerable growth investment in newspapers. Resulting in an increase of 13% compared to October last year.

What product types are receiving the most investment?

In October, four product categories had their biggest investment in the same month since 2017.

They are: Restaurants, Apparel & Accessories, Pharma and Travel.

The sectors of Technology, Entertainment and Media and Wellness were the ones that had the biggest reductions in investment in advertising.

How are the top media companies’ results in October?

As investment in Digital Search and Linear TV declined, the earnings of the largest media companies also declined.

This drop in searches caused Google, for the first time in history, to reduce its ad revenue in October.

The other top four media companies also saw significant declines in their ad revenues this month. They are: Comcast, Disney, Paramount and Fox.

What to expect at the end of this year?

The data provided by the SMI report brings valuable data on the current advertising scenario in the world.

The events of recent years still strongly reflect on the global economy and, consequently, on how much companies are willing to invest in advertising today.

At the same time, we can see the October numbers with a certain optimism, as their behavior broke the 5-month decline and surpassed the highest mark reached in 2022.

A research carried out by the Association of National Advertisers (ANA) predicted a considerable increase in advertising investment this year-end.

Their analysis is based not only on the historic high of this period, but on major seasonal events at the end of the year, such as: the World Cup, American elections and the population’s vacation after a long period of quarantine.

It is important for marketing professionals to view this reduction in the decline of advertising investment with optimism, but caution must be exercised and, above all, a lot of creativity to take advantage of this period and achieve results that go beyond expectations.

And here I will leave an invitation to companies that want to go further in their marketing strategies.

Rock Content is a global leader in content marketing and helps companies around the world grow with sustainable and scalable strategies. If you want to know how you can improve your results, schedule an appointment with our specialists right now. 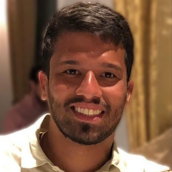 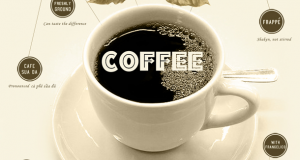 How Micromarketing Can Be the Key to Your Company’s Success 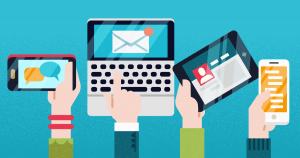 How to Write a Case Study