The 11 Top Twitch Statistics that Can Impact Your Brand

Twitch is a streaming platform with many benefits for marketers, so long as you understand the key Twitch statistics that can drive your marketing goals and help you develop a better Twitch marketing strategy.

There’s no question that social media platforms and services have evolved over time.

In just a few years the landscape has developed to the point that influencers and streamers can make a living off of social media platforms.

One of the most important emerging channels is Twitch, a live streaming service that has revolutionized the gaming industry and provides marketers with unique opportunities to reach large audiences through Twitch marketing.

But what about Twitch makes it so appealing to marketers?

In order to understand the best methods for leveraging the platform for your marketing and advertising needs, it’s important that you have a deeper understanding of the value of the platform.

Twitch statistics can help you comprehend why investing in Twitch can help your social media marketing take off and enable you to learn more about this unique platform.

In this article, we’ll talk about what Twitch marketing is and go over some of the most valuable Twitch statistics that will help you develop your Twitch advertising and marketing strategies.

What is Twitch Marketing?

Twitch is a streaming channel primarily used for gaming, but also has the ability to be used for other forms of entertainment like sports, podcasts, music, and crafting.

Twitch creates a strong sense of community between content creators and their followers. Because viewers are watching their favorite creators in real-time and are actively interacting with them through chat and donations, it creates a significant connection between creator and audience.

Think about it this way: through traditional social media, influencers will post videos or photos of themselves and followers will leave comments and hope they get noticed.

Even if an influencer uses a live stream feature on another platform, it tends to be a short update and will occur sporadically, not on a set schedule. This can create a sense of distance between the influencer and their followers.

Because the connection between creator and viewer is so strong on Twitch, it creates a tight-knit community and dedicated fan base.

When a Twitch streamer suggests something or partners with a company, their audiences are much more engaged and willing to try out the brand than with other methods of social media marketing.

Now that you understand why Twitch marketing matters and why it’s so important for brands to invest in, let’s take a deeper dive into some Twitch statistics that can help you uncover more about the platform and its benefits.

Twitch has been around for much longer than most people think, albeit in a different form.

Twitch was originally called “Justin.TV” and launched back in 2007 as a streaming service without a specific genre.

However, gaming and esports soon took over as the most popular service, and Twitch rebranded and relaunched in 2011.

In 2014, Twitch really started on the journey to become the social media giant it is today.

The parent company of Justin.TV invested all of its resources in Twitch to build it up and market it. After taking serious investments, Twitch has seen steady growth since 2014 of about 23% every year.

At any given moment, around 54,500 Twitch channels are active.

This number has been steadily growing, but it means that there is always content to stream at any given point throughout the day or night.

That means that there aren’t any lulls in the platform unlike other social media websites that might go through ebbs and flows of usage over a 24-hour period.

Twitch continues to grow and become more active over time.

Since Twitch introduced clip saving in 2016, there have been over 124 million clips that have been saved by viewers.

These clips help take the live viewing experience and bring it home for reviewing by followers and audiences.

That helps create a long-longing connection between viewer and streamer, and the clips are often big moments of success or funny moments in gaming or other types of content.

These saved clips can be downloaded and saved to a viewer’s own device.

5. Twitch has Over 9 Million Channels

Think that there isn’t a Twitch influencer you can connect with to help market your brand? Think again.

With over 9 million channels, there is plenty of fish in the sea to find and connect with to create a marketing partnership.

Finding a channel where the streamer can relate to your brand, has an audience, and is a strong partner might take some time and research, but they are out there.

In case you weren’t convinced about the popularity of Twitch, well over 40 billion minutes of content are streamed each and every month.

While there might be some months with much more content, there is a steady amount of time that content is being actively streamed on the platform.

Twitch streamers produce all of this content ostensibly for free, relying on subscriptions and donations from their audiences and partnerships with brands to earn money off of their streams.

7. eSports Takes Up a Fifth of Viewership

While individual users streaming games take up a significant portion of Twitch streams, eSports also takes up around 21.3% of views.

eSports are competitive gaming competitions, much like traditional sports, only online rather than on the field.

Matches and eSports competitions are streamed live and pull in concurrent viewers to their streams, with over a million viewers watching eSports events in real-time.

Twitch drastically skews towards males, which makes it much different than other social media platforms that have a much more even disbursement of gender.

Over 80% of users are male, which means that their audiences are also mostly males.

That means that advertisers who market products to a primarily male audience might have an easier time on Twitch, but there is still a smaller audience of females that can be marketed towards.

There might be a misconception among brands and marketers that the majority of viewers for Twitch streams are children, but the real Twitch statistics say otherwise.

Over half of the user base of Twitch are adults between the ages of 18 and 34.

That means that brands who want to market to young adults have a significant advantage by using Twitch as a social media marketing platform.

While Twitch does have a global audience and user base, the majority of streaming is done in English.

Part of this has to do with the platform’s popularity in the United States, so even streamers in non-English speaking countries will still stream in English to get a wider audience and attract more viewers.

It also has to do with the peak streaming times occurring at 4 PM Eastern Time, making it much more active in the United States during those periods.

Twitch has rapidly grown in the past few years in terms of revenue.

While it used to survive off of donations, investments, and fundraising programs, Twitch now takes in over 2 billion dollars in revenue each year.

That makes it a highly respected business model that uses subscriptions and tier packages to earn money and support creators.

Profits are shared 50/50 between Twitch and its Partner and Affiliate channels.

Wrap Up: What did you learn from these Twitch statistics?

Twitch is a unique platform that has revolutionized the gaming industry and made live streaming a much more popular form of entertainment for younger audiences.

Using visuals in marketing is becoming more and more important to digital marketers who want their brands to make an impact and stand out from the competition.

Rather than relying on long paragraphs of text, visuals can improve engagement and create a better customer experience with your brand.

To learn more about visual marketing, check out our blog on the importance of visual content in social media!

BLUF Meaning: How Military Writing Can Improve Your Content

How Long Should a Blog Post Be? Here’s our Answer 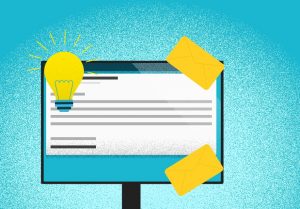 Increase your conversions with an interactive email marketing strategy