Micro vs Macro-influencers: Which is Best for Your Brand?

Collaborating with social media influencers can really enhance your ongoing digital marketing efforts, but a good candidate doesn’t necessarily need millions of followers to make an impact. Here’s a closer look at the benefits of partnering with micro vs macro-influencers.

Marketers today are more than familiar with digital marketing by now, but the idea of adding influencer marketing to their ongoing marketing efforts is still pretty new to many.

Now that social media is such an essential part of the average consumer’s daily life, influencer culture is becoming something to pay close attention to, as well.

The right influencer has the power to help you build your brand and get the word out about key products in a very unique way.

People trust the influencers they follow. They listen to them, take inspiration from them, and take their suggestions to heart when they make recommendations.

So partnering with the right ones could be a game-changer for your brand.

But not all influencers are created equally.

Influencer marketing is no longer about going after huge macro-influencers with massive followings. Micro-influencers can be just as helpful, if not more, in certain ways.

Here’s what you need to know to determine which option is right for you.

What is a Macro-influencer?

When most people think about content creators they consider influencers, the mighty macro-influencer is usually what comes to mind.

Macro-influencers come pretty close to being household names for other users on their platform of choice and command the attention of large numbers of followers.

To be a macro-influencer, someone needs a minimum of 150,000 followers.

However, there are mega influencers out there with many hundred-thousands (or even millions) of followers to their credit, as well.

Macro-influencers can be celebrities or public figures, but many are not.

They are people who take their social media presences very seriously, often treating them like jobs and generating high-quality content with solid consistency.

What is a Micro-influencer?

On the surface, micro-influencers have a lot in common with their macro counterparts.

They also take their social media content feeds very seriously, pouring a lot of time and energy into them.

They have many more followers than you’d expect an ordinary person to have, as well — usually somewhere in the ten-thousands — but much less than you’d see with a macro-influencer.

Micro-influencers are on more marketing professionals’ radars these days for many reasons.

They may not be reaching the massive numbers you’d see with a macro-influencer, but their reach is still considerable.

Nano influencers — people with loyal followings of a few thousand people or so — may be desirable to the right brands, as well.

Micro vs Macro-influencers: What are the Real Differences?

However, that’s not where the differences end. Each type comes alongside its own unique benefits to consider.

And of course, the bigger the name, the higher the price tag attached to their partnership will likely be.

For instance, if you’re looking to get a Kardashian to rep your latest product, it could set you back hundreds of thousands of dollars.

But Kim, Khloe, and company are no longer the only macro-influencer names in town, of course.

By contrast, micro-influencers tend to:

And, of course, the average micro-influencer will be a lot more affordable, especially for smaller companies, startups, and emerging brands across all industries.

Which Type of Influencer Is the Better Option for Your Brand?

Naturally, huge companies tend to go straight for the macro-influencer market because of the sheer size of the audiences involved.

A single mention from a top-level influencer potentially exposes a product to millions of people who are highly likely to pay close attention.

It can also generate large amounts of revenue seemingly overnight.

Many marketers actually prefer to trade numbers for other key advantages like authenticity, engagement, and a more personal relationship with the influencers they partner with.

And, of course, there are many companies out there who enjoy working with a mixture of influencers across the board.

Which type of influencer should receive more of your focus depends on your current goals for your campaign and your company.

Here’s a closer look at what to keep in mind as you evaluate your options:

It goes without saying that someone like Kim Kardashian is highly influential.

Her accounts reach a lot of people, many of whom dream about being just like her one day. Those people are likely to sit up and take notice if she swears by a new product or service.

However, just as many people are skeptical of influencers like Kim, especially when it comes to their authenticity.

Pretty much every micro-influencer comes across as authentic and highly relatable, though, which is more valuable than reach to some brands.

These influencers are looking to get somewhere with what they’re doing, so they put a lot into creating their content and connecting with their audiences.

For the right product, authenticity can be the X-factor that winds up driving sales through the roof.

Companies looking to reach a massive number of people in record time and drive quick sales are highly likely to get that working with macro-influencers.

Since macro-influencers also tend to be key thought leaders, a mention from them pretty much instantly validates your products, even if it’s something brand new no one’s heard of yet.

Sales progress tends to come more slowly when using a team of micro-influencers instead of going straight for the big guys.

But the overall conversion rates are generally much higher.

You’re also a lot more likely to gain loyal, repeat customers who return to your brand again and again for things they need.

Most macro-influencers aren’t doing what they do just for fun or connection.

Instead, they consider themselves professionals, and that’s reflected in the prices most charge for the chance to work with them.

And, yes, macro-influencers come with a guarantee of incredible reach.

However, if you and your products occupy a specific niche, the chances of reaching your actual target audience may be lower.

With a micro-influencer from the right niche, you’re more likely to reach the precise demographic you’re looking to make contact with.

You’re also likely to get a much richer, higher return on your overall investment.

Most micro-influencers don’t consider influencing to be their primary income source, so they attach lower costs to their services.

Nonetheless, they’re very ambitious and focused on quality, so you really get your money’s worth.

Scoring a partnership with a bona fide celebrity like a famous athlete or one of the fabled Kardashian sisters is about more than simply having the budget to cover the costs.

Top-tier macro-influencers are highly selective about their partnerships and can afford to be picky.

The same can be said even for those who aren’t celebrities.

The more sponsorships and brand collaborations they already have, the less need they’ll feel to partner with yours.

Micro-influencers, on the other hand, tend to be easier to work with overall.

While a macro-influencer likely already has a huge following and takes it for granted that it will continue to grow on its own, a micro-influencer is still actively looking to build theirs.

The same goes for their portfolio of collaborations, so they’re generally a lot more open to working with new brands.

Settling on the right mix of micro vs macro-influencers for your brand depends entirely on what you’re looking to achieve with your current campaign.

Wrap Up: Influencers Can Help You Reach Your Social Media Goals

Bringing the right influencers into the loop for your ongoing digital marketing campaign could be a game-changer when it comes to boosting sales, reach, and customer relationships.

But influencer partnerships can help you take your business’s social media presence to the next level, too.

Are you ready to learn more about how to cultivate a professional social media presence that hits all the right notes? Then, check out our tried and true expert social media tips, and get started today! 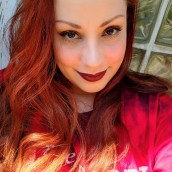 How to use content pillars in a digital marketing strategy?

Organizational Culture: What it is, Different Types And How To Define It