Interaction Design is a part of IT that studies, plans, and applies interactivity points in both digital and physical systems. Also known as interaction design or IxD design, it aims to optimize the relationship between user and product.

The desire to maximize the user’s experience with a given product is a constant concern for those who deliver such digital products since it leads them to prolong the time they spend using it.

This search led us to discover new concepts and areas of knowledge, such as Interaction Design and Experience Design. They have similar goals but are conceptually distinct.

However, some claim the two have little or no difference between them.

Interaction Design studies aspects such as usability, graphic design, functionality, and readability with the central objective of developing interactivity and increasing public attention, which is great in areas such as marketing and sales.

In this article, you will see:

What is Interaction Design?

Interaction Design, or IxD design, is an area of IT — and design — responsible for studying, planning, and applying points of interactivity in digital and physical systems to optimize the relationship between the user and the product.

The idea is to encourage people to develop simple, intuitive, and objective contact with digital products. To that end, the interaction designer looks for ways to predict how people will interact with the system that they’ve created.

Despite being a relatively new area, those who want to invest professionally in Interaction Design need to know different fields of study, ranging from design and programming to data processing.

A key concern of Interaction Design is that interactivity must come in the simplest way possible so that the user understands precisely what to do.

The relationship between Interaction Design and experience design

The relationship between these two fields is not obvious: they are both new and share overlapping areas. Therefore, some experts claim they are the same, while others claim Interaction Design is a subdivision of user experience design.

That is because user interaction with the system is also UX design responsibility, which also concerns other areas, such as information design — the one responsible for designing how to store and organize information.

We can say that UX design is a broader area of study of delivering a “usable” system to users.

In practice, speaking of large projects, Interaction Design is responsible for creating wireframes, mockups, or website design prototypes while other professionals are responsible for general planning and creating the appropriate structure.

Wireframes are a graphical representation of how items are arranged in the system. It’s like a draft: there is not necessarily a commitment for them to look like the product’s final version.

They are used to define the concepts that will be inserted into the project’s design and not show how the final design will look.

Mockups are more realistic versions of the project. It is a photo or image of how the final product will look.

Prototypes have the same purpose as mockups, with the difference that they are a test version of the project which already allows interaction.

However, in this case, there is no commitment to the truth, so real data is not used. On the contrary, the idea is to test the limits of the project.

What are the applications of Interaction Design?

There are many Interaction Design applications since it is responsible for several different steps, which, when considered together, guarantee the best possible interaction between users and the system in question.

IxD is concerned with the interface and its impact on users and the system itself. It also pays attention to the social aspects of the product in public life, including the emotional relationship IxD creates. After all, this is also part of the interaction.

The products that IxD works on might be virtual games, applications, websites, banking systems, or any other project in which an interactive environment suits its users’ preferences.

Many people don’t know who the real customer of Interaction Design is.

The financier who pays for the project is the customer of the interaction designer, while the users are customers of the system which the designer develops.

The program should be designed for users, not project financiers. People should be aware of this difference, since some may be dissatisfied with the project’s design.

As we stated at the beginning of this article, some areas are within the competence of Interaction Design. We’ll comment on each one. Check it out!

IxD must ensure that the product created is readable for users. It must be easy to understand and interpret for those who will use the product.

For that very reason, the design, the layout of spaces, the choice of font, icons, and symbols must all be taken into consideration.

Usability means how easy it will be for users to handle the system. The easier it is, the more usable.

To demonstrate usability before launching the system, the interaction designer must use tools such as wireframe, mockups, or prototypes, which we presented in the previous topic.

The functionality refers to the usefulness of the program. It needs to be useful and deliver the expected result by those who will use it.

Therefore, those who practice Interaction Design should already have a basic understanding of programming to ensure that the delivery is the best one possible for the user.

While we are on the subject of programming, we emphasize again the need for the interaction designer to know how to program in different languages, mainly at the front-end stage of the process.

In addition to ensuring the functionality of the project, it is also necessary to ensure that the system does not fail and is safe and fast.

Although the system programming is not the work of the IxD designer, it is still their responsibility to test and deliver a product with the best possible interactivity.

Beauty, or aesthetics, is part of readability since the product needs to be first beautiful before it can be readable.

However, beauty cannot merely consider readability: it must also align itself with public perception and the proposal that the project is designed to accomplish.

To recognize all these factors, IxD takes into account the five dimensions of Interaction Design proposed by experts Gillian Crampton Smith and Kevin Silver.

These points must be observed in all projects involving IxD:

The six fundamental principles of interaction, outlined by Don Norman, must also be considered. They are as follows:

What are the benefits of IxD?

The most significant benefits of investing in Interaction Design are found in the attributes it brings to a project.

In other words, an interaction designer’s job is to guarantee a beautiful, simple, and useful project.

The adoption of IxD in a project results in the best possible communication between the interface, usability, and the idea of ​​the product, increasing the chances of users getting involved.

By having a team of professionals to focus on creating interactivity for the user, it becomes easier to avoid creating projects that, however useful, might be too complicated or difficult for customers to understand.

Where can we use Interaction Design?

Any project should have a professional — or a team of professionals (depending on the size of the project) — who are responsible for monitoring Interaction Design and paying attention to the variety of factors that are crucial for IxD.

By doing this, it will be possible to ensure better products and more satisfying experiences for users.

Projects that involve software creation or other digital products represent the majority of IxD’s clients. However, design offices and companies that operate in marketing and advertising are also using Interaction Design in product creation.

With the expansion of interactive materials, mainly in marketing and sales, the tendency is that Interaction Design becomes increasingly essential for projects.

Speaking of interactivity in marketing and sales, discover six interactive content metrics you should be tracking today!

What is Copywriting? Learn the Main Techniques and Triggers to Persuade and Sell With Words 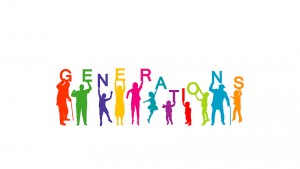